Just a few hours after the President of the Government assured in Congress that relations with Algeria were not at risk despite Spain's change of position regarding the Sahara, the North African country announced the suspension of the friendship and neighborhood treaty that both countries signed In 2002. 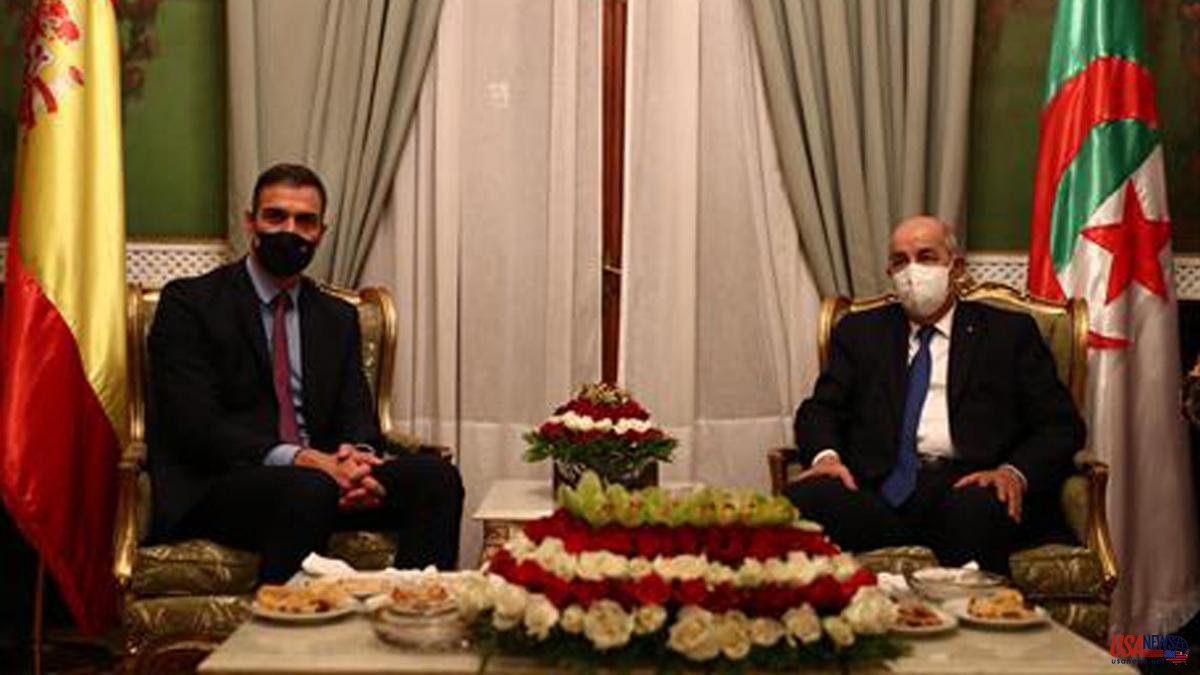 Just a few hours after the President of the Government assured in Congress that relations with Algeria were not at risk despite Spain's change of position regarding the Sahara, the North African country announced the suspension of the friendship and neighborhood treaty that both countries signed In 2002.

The reason, the "unjustifiable" position of the Spanish government on Western Sahara, according to the statement from the presidency of the Republic of Algeria.

The Executive of Pedro Sánchez was caught by surprise by the decision and, after regretting the news, in a first analysis he considers that the consequences that the Algerian Government's decision may have will not be serious.

Last night, the Professional Association of Banks and Financial Establishments (ABEF) of Algeria ordered the freezing, as of today, of direct debits related to foreign trade operations of products and services to and from Spain, according to a circular received by Efe .

The Government assumes that the supply of gas to Spain, on which the supply largely depends, is not in danger, and that the Algerian Government will fulfill the contracts.

The foreign minister himself, José Manuel Albares, elaborated on this idea: “The Algerian government is well known for being a reliable partner, a reliable supplier. Guarantees have been given at the highest level and nothing indicates that it will be otherwise, "he assured in an appearance.

The statement from the Algerian presidency justifies its decision in that "the Spanish authorities have launched a campaign to justify the position they have adopted on Western Sahara, a violation of their legal, moral and political obligations as the administrative power of the territory that weigh on the Kingdom of Spain".

The note from the Algerian government accuses the Spanish Executive of giving its full support "to the illegal and illegitimate formula of internal autonomy advocated by the occupying power -in reference to the kingdom of Morocco-" and of working "to promote a colonial act accomplished through the use of fallacious arguments.

The Spanish Government had no choice but to regret the Algerian decision and try to calm things down by reaffirming its "full commitment to the content of the Treaty and the principles that inform it, reflected in its preamble" and in particular the "strict adherence to the purposes and principles of the UN Charter and the principles of International Law as fundamental elements for the maintenance of peace, security and justice in international society, in particular the principles of sovereign equality of States, of non-interference in the affairs and respect for the inalienable right of peoples to dispose of themselves”. With this, according to diplomatic sources, the accusations that Spain supports an "illegal and illegitimate" position are rejected. The note from the Spanish Government adds that "it considers Algeria a neighboring and friendly country".

The Foreign Minister, José Manuel Albares, expressed "his full availability to continue maintaining and developing the special cooperative relations between the two countries, for the benefit of both peoples."

The Algerian malaise is not new, already in March, when the change in the Spanish position on the Sahara became known, Algeria withdrew its ambassador to Spain and considered the shift in the position of the Spanish Government a betrayal, to the point of denying the words of the Foreign Minister, José Manuel Albares, who went so far as to state that Spain had informed Algeria of its change of position.

But even then the gas supply was not in danger, although there have been several episodes that have strained relations, such as Algiers' suspicions that Spain was selling Algerian gas to Morocco.

After learning of the Algerian decision, the PP registered a request for Minister Albares to appear in Congress, which he attributes to the "absence of a true foreign policy with a sense of State." The person in charge of popular foreign affairs, Esteban González Pons, stressed that Algeria's decision "is the result of Sánchez's individualistic, tricky and erratic policy with the Maghreb" and censured the Prime Minister by pointing out that "cynicism does not work internationally either. ”