The Government corrects Escrivá and rules out recentralizing taxes

The Government does not share the "personal position" of the Minister of Inclusion, Social Security and Migration, José Luis Escrivá, of proposing a recentralization of taxes so that the autonomous communities do not compete with each other for downward measures in fiscal matters. 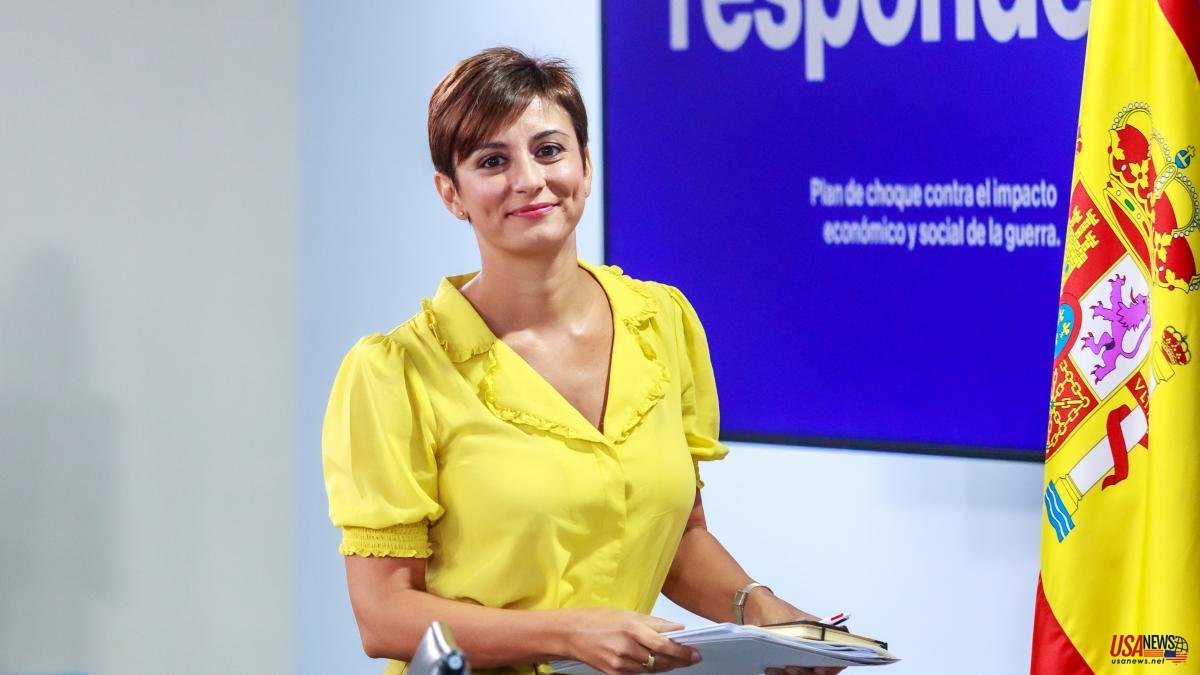 The Government does not share the "personal position" of the Minister of Inclusion, Social Security and Migration, José Luis Escrivá, of proposing a recentralization of taxes so that the autonomous communities do not compete with each other for downward measures in fiscal matters. Moncloa and the Treasury criticize, yes, harshly the decision adopted by Juanma Moreno, who is going to eliminate the Wealth tax in Andalusia. The official position is to bet on a "harmonization" before a recovery of fiscal powers by the State, but always linked to the debate on regional financing, a discussion that is currently frozen.

"The Government does not evade the debate on taxation", explained the spokesperson for the Executive, Isabel Rodríguez, a debate that the Treasury links to that of the financing model. "That's the framework," she added. A reform that at this pre-election moment has not advanced, not even with ERC. Government and Esquerra meet monthly to follow up on the 2022 Budget agreement. In these meetings the challenge of taxation is addressed, but progress is nil today. The Republicans attribute this stalemate to an “electoral strategy”, indicate ERC sources.

The government spokeswoman has attacked the announcement by the Andalusian president, assuring that "eliminating taxes on the privileged" means "eliminating resources for citizens". For the central government, the ideal is tax reductions "when they are restricted, punctual and moderate." The Council of Ministers, in fact, has given the green light this Tuesday to the reduction of VAT on gas to 5% until next December 31 and the inclusion in this measure of pellets, chips and firewood.

Rodríguez has asked the Andalusians what they think about eliminating the Patrimony tax. And he has responded: “The vast majority who are watching us are not in that group chosen by Moreno; in that group of chosen ones are those who have assets in Andalusia of more than one million euros”. Second question launched by the Moncloa spokeswoman: "Do you think this tax benefits them?" "If they are not among the chosen ones, the answer is no," she added. Thirdly, she has concluded that "Andalusia is going to stop collecting millions of euros" and that "this translates into less income, hiring fewer doctors and fewer teachers."

Along the same lines, the spokesman for the PSOE in the Congress of Deputies, Patxi López, who has avoided the term "recentralization" at all times, has stated this Tuesday. The exlehendakari is a "supporter of fiscal co-responsibility", affirming that what Andalusia and Madrid are doing is "fiscal dumping" or "downward competition" because they "stop collecting from the rich" and leave "unprotected" to the poor. citizens. The PNV spokesman in the lower house, Aitor Esteban, has also used the term “fiscal dumping”.

Escrivá had affirmed this morning on Onda Cero that this downward fiscal race led by Madrid and Andalusia seems “nonsense” to him; for this reason he advocated recentralizing some taxes. The minister did clarify that they were statements in a "personal capacity", describing the elimination of Patrimony as an "extraordinarily regressive" measure just at a time when what is required is to make redistributive policies for the most vulnerable people due to the effects of inflation. . "What the autonomous communities have to do is dedicate themselves to improving the provision of services in Health, in Education... This tax competition between them is an issue that I have never understood," added the head of Social Security.

Escrivá's words have already received a response from the president of the Community of Madrid. Isabel Díaz Ayuso has affirmed this Tuesday that she sees herself “in the obligation to criticize what the minister has said, who has threatened the taxes of all Madrid residents”. "I am going to be the worst nightmare of the people who try to raise taxes in the Community of Madrid," she added.