The Government considers that after the meeting of Sánchez and Aragonès

"The concept of normalizing is very broad, there has been before and after the meeting between Pedro Sánchez and Pere Aragonès last week and that has allowed the table for next week". 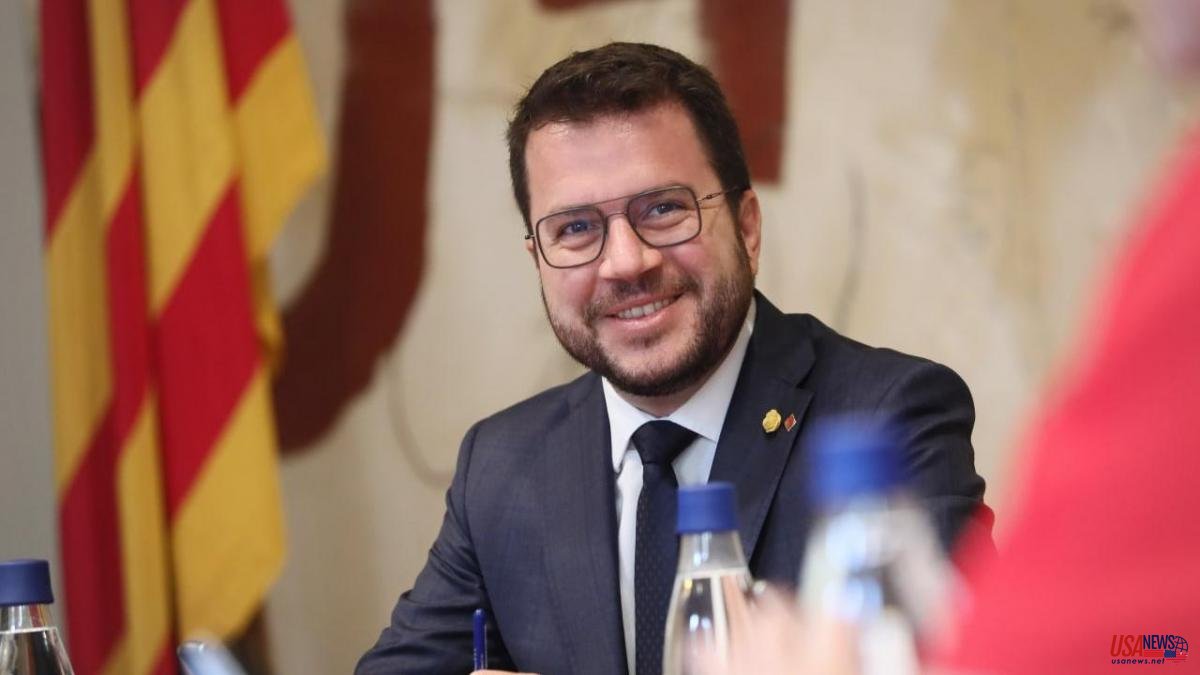 "The concept of normalizing is very broad, there has been before and after the meeting between Pedro Sánchez and Pere Aragonès last week and that has allowed the table for next week". That is the assessment made by the spokeswoman for the Government, Patrícia Plaja, from the Generalitat on the state of relations between the two governments, which have been scheduled for next week in Madrid, on a date yet to be specified, on which it will be the third meeting of the dialogue and negotiation table.

That appointment, in which the main folder is related to the so-called "dejudicialization", will be the first since a methodology was agreed by Minister Félix Bolaños and Minister Laura Vilagrà, so some tangible result is expected from that appointment , even if they are only "partial advances", as the Catalan Executive has pointed out these days.

The fact that relations are considered normalized or not after the case of espionage against pro-independence leaders that altered the course of already complicated relations is relevant because as a result of Catalangate the Government had suspended its presence in bilateral meetings with ministers or the Generalitat-State Bilateral Commission itself.

In any case, no appointment is planned for this forum in which government management issues are addressed, for now, and there is no date set for the Fiscal and Financial Policy Council, in which the Ministry of Finance informs to the communities what the economic panorama is for the next course and the amounts of the regional budgets are beginning to be shaped. The Government has not clarified whether the position should be changed now or not.

Be that as it may, the Minister of Economy and History, Jaume Giró, already participated last year electronically, after his predecessor in office, Aragonès himself, did not attend during his term as Minister. On the other hand, he did attend that meeting of regional finance chiefs when he was a member of the sottogoverno.

With regard to the discrepancies over dialogue and taxation between the partners, evident after the Junts per Catalunya congress this weekend, the spokesperson for the Generalitat, Patrícia Plaja, referred to the roadmap, the Plan of Govern, which was approved last year, as the spokesperson and deputy general secretary of Esquerra Republicana, Marta Vilalta, did yesterday.

In this document, it is committed to consolidating the modifications of 2020, introduced in the negotiation with the commons to approve the Catalan budgets, in personal income tax, inheritance and donations. JxCat, on the other hand, has approved in its documents, which should be the guide for electoral programs and political action, the request for the abolition of the inheritance and donation tax, a reduction of the maximum income tax bracket and raising the minimum tax-exempt or analyze the feasibility of removing the wealth tax, among other fiscal measures. However, the tax issue, according to the spokeswoman, has not been discussed today in the Government.

Taking into account that for now the En Comú Podem group has emerged as the first partner for the approval of the public accounts for 2023 and that the ERC's priority is to convince the CUP, it is difficult for there to be changes in the tax field.

"When the Government was formed, the starting points were already different in some cases. And it took a long time to close the negotiation with a shared horizon. There is discrepancy on some points, one of them is the dialogue table, but it is already included in the Government's agreement. The first option is negotiation with the State", settled Plaja, who revealed that at today's meeting of the Executive Council the president "has once again reiterated that negotiation is the priority strategy".

Regarding the resignation of the State Attorney General, Dolores Delgado, Plaja stressed that "beyond names and people, a commitment from the Public Prosecutor's Office is necessary to put an end to and limits to repression, and to commit to respecting fundamental rights that in Catalonia they have been violated too many times".