An exact date has not yet been set in the calendar, but what has transpired is that the mortal remains of coup leader General Queipo del Llano will leave La Macarena in November, according to the Sevillian Brotherhood itself. 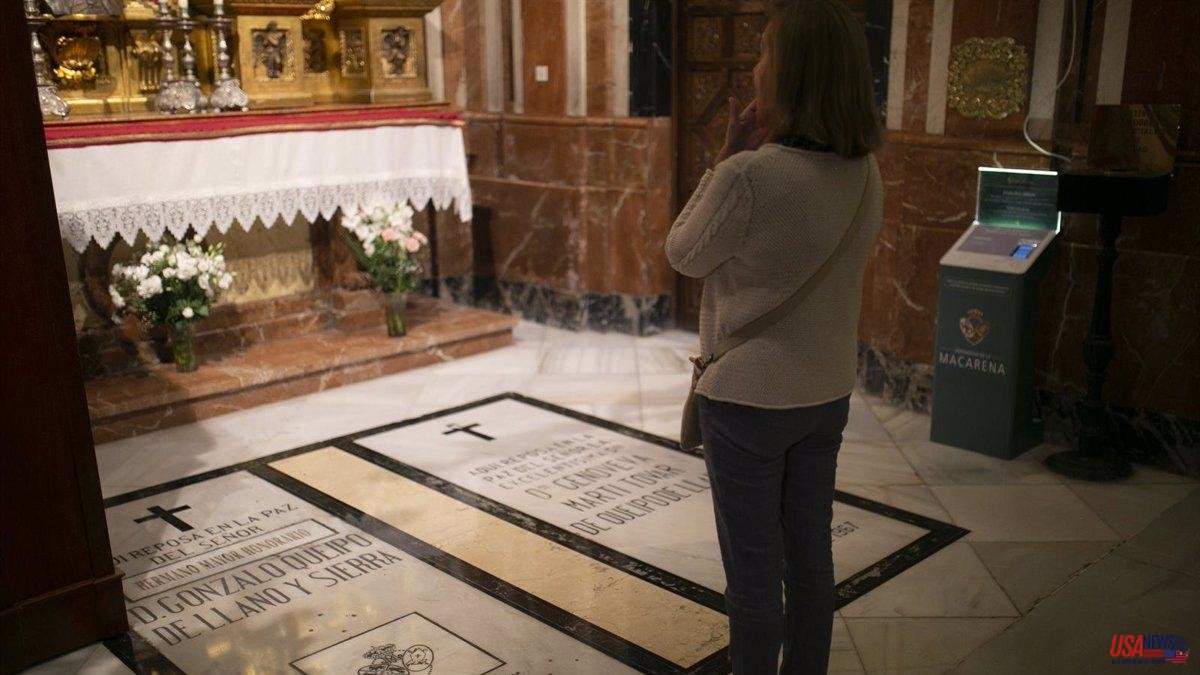 An exact date has not yet been set in the calendar, but what has transpired is that the mortal remains of coup leader General Queipo del Llano will leave La Macarena in November, according to the Sevillian Brotherhood itself. It will be done "immediately", "from one day to the next", assured the Government delegate in Andalusia, Pedro Fernández, framed the exhumation in the "compliance" of the Democratic Memory Law that came into force last Friday.

"We trust that from one day to the next" it will take place, underlined the Government delegate in Andalusia, who has assured that the contacts between the Secretary of State for Democratic Memory and the brotherhood of the Madrugada are being "permanent".

It was this Monday when the Secretary of State for Democratic Memory, Fernando Martínez López, required the Brotherhood to remove Queipo del Llano from the basilica, something that his older brother, José Antonio Fernández Cabrero, assured would be done promptly to comply. "scrupulously with the law".

The mortal remains of Gonzalo Queipo de Llano y Sierra, leader of the 1936 uprising and responsible for the repression in Andalusia at a later date, have rested since 1951 under the chapel of the Virgin of the Basilica de la Esperanza Macarena in Seville. Also found in the temple are the mortal remains of Francisco Bohórquez Vecina, war auditor and responsible for the execution of sentences with the application of a war decree.

The same Brotherhood has proposed to both families to transfer the mortal remains to a columbarium, although everything indicates that they will finally opt for another option.

On the other hand, the Brotherhood received a series of instructions to proceed with the exhumation of both generals and, in fact, the central government, as well as the regional government and the Seville city council, have offered at all times to help them in this process with so that ""it is carried out in a correct, respectful and private manner".

Although the exact day on which the operation will take place has not been disclosed, what has been communicated is that they hope that the exhumation will be carried out outside the spotlight to avoid concentrations at the gates of the basilica.