The Government of the Generalitat believes that it is "at the gates" of sealing a budget agreement with PSC and Junts per Catalunya and that it is a matter of "political will" for there to be white smoke in the coming days because "there is already an entente", according to pointed out the spokesperson for the Catalan Executive, Patrícia Plaja, this Tuesday at the press conference after the meeting of the Consell Executiu. 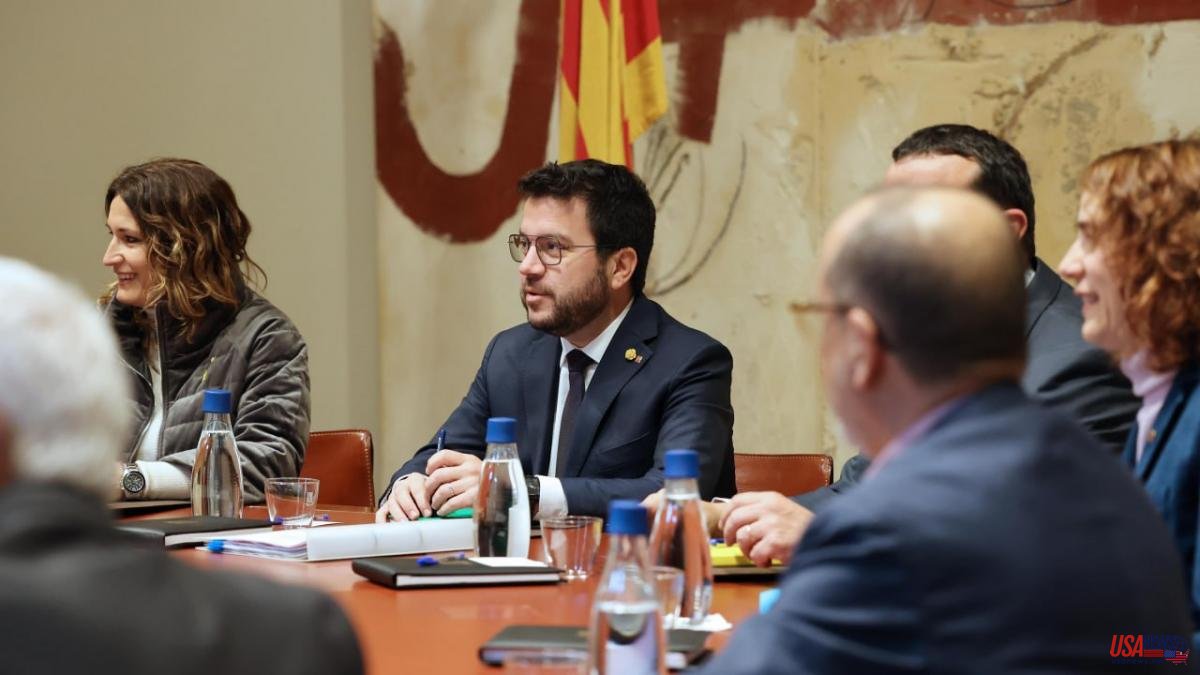 The Government of the Generalitat believes that it is "at the gates" of sealing a budget agreement with PSC and Junts per Catalunya and that it is a matter of "political will" for there to be white smoke in the coming days because "there is already an entente", according to pointed out the spokesperson for the Catalan Executive, Patrícia Plaja, this Tuesday at the press conference after the meeting of the Consell Executiu.

In any case, the rhythms are different. With the Catalan socialists, Plaja assures that it is a matter of "political will" because an agreement has been reached on 87.7% of the points of the budget. As explained by the spokesperson, an agreement has been closed in 147 measures, which "are the main bulk", on health, mobility, energy, social rights or water management, among other issues.

Tomorrow Wednesday and Thursday there will be new meetings between the Executive and the PSC, which has cooled this Tuesday in an interview with El Nacional the Government's reading that the agreement is almost done. "You cannot leave a meeting and say this when we have not yet agreed on any figures or any documents, but we are in the negotiation. A negotiation ends when you close the agreement, and it is not closed," says Romero, who has accused to the Executive of "breaking bridges and trust".

In what separates both actors, macro-projects such as the Hard Rock or infrastructures such as the El Prat airport and the Ronda del Vallès, the Government has stressed that they are "off-budget issues and must be treated as such". "Agreements have to be reached on budget items and these issues are extra-budgetary. It cannot be that these issues are a stumbling block or a red line," said Plaja, who has shown the Government's willingness to address these aspects in another area. Likewise, with regard to the external delegations of the Generalitat, the spokesperson stressed that they are "unavoidable and essential".

In parallel, partial agreements have been reached with Junts on more than 50 measures, but no new meetings have yet been set. Be that as it may, in Palau they believe that the four-way agreement (along with the common ones) is still possible and that there are no incompatibilities. And although they consider that it is not the current scenario in any case, Plaja has not ruled out that the Executive approves the budgets in the Consell Executiu and registers them in the Parliament if they realize that the other groups, PSC and JxCat, extend the time of unnecessary way.

"The Government will do everything possible for an agreement with JxCat and to give the go-ahead to some country budgets, in which they can feel very comfortable," Plaja asserted.

On the other hand, in the Palau de la Generalitat they no longer expect a new meeting of the dialogue table with the central government to stage the agreements reached in the area of ​​dejudicialization, which have materialized with the reform of the Penal Code that was approved by the General Courts last December.

Although there was a commitment to a new meeting before the end of the year, the Government attributes to the "noise" caused by the agreed measures that the Moncloa avoided the photo of Pedro Sánchez and Pere Aragonès. However, in Palau they assure that the negotiations will continue and that now that progress has been made in de-judicialization, progress must be made in the field of self-determination. Thus, the next meeting will be with new agreements, not with those already sealed in the field of dejudicialization. "The most difficult thing has been achieved. The value is not the photos, but the results, which in the eyes of the whole world are unquestionable," Plaja said.

Regarding the summit between Spain and France that will take place in Barcelona on January 19, the Catalan Executive does not know the details of it, nor the location or if the president of the Generalitat will attend.

In any case, the Government spokeswoman has avoided assessing the message that Moncloa is trying to send with the choice of the Catalan capital as the location to seal the treaty between the two countries that five years after 1-O there is "institutional normality" and Tranquility in Catalonia. "I most deny the sentence that the process has ended", Plaja has limited himself to pointing out when she has been asked about the intention of the central Executive. "I will not make assessments of political statements that are made in Moncloa," she added.