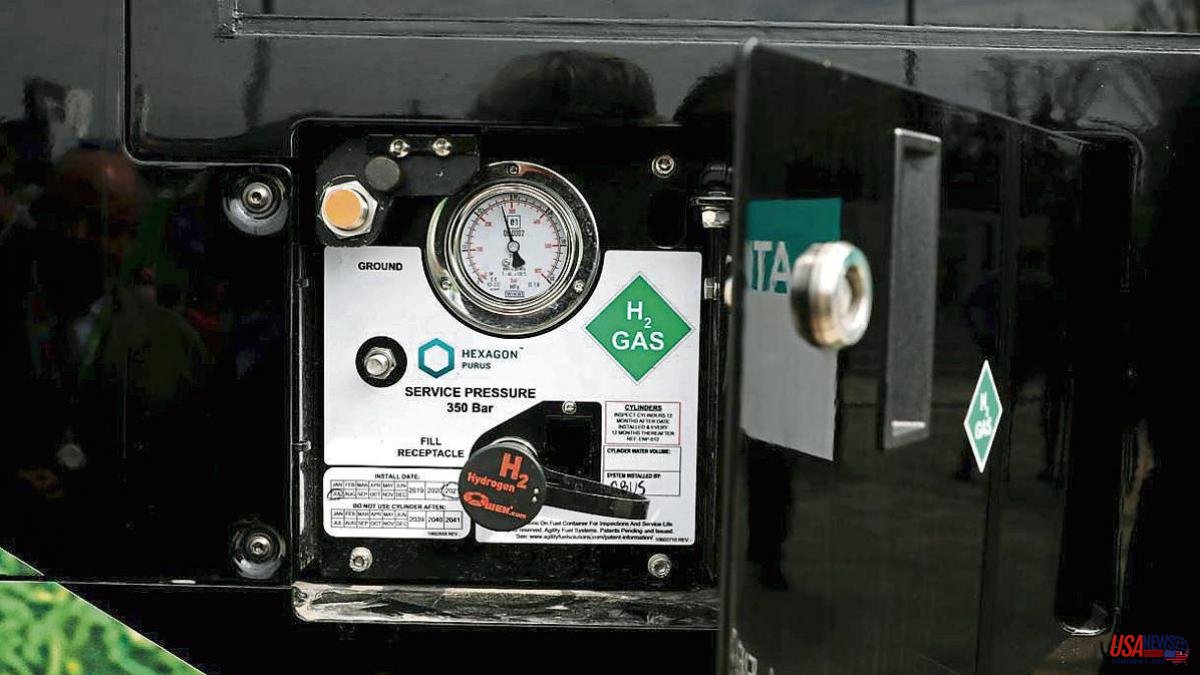 Specifically, these companies have obtained joint aid of 37 million euros, 46% of a total of 80 million with which the program was endowed and despite the fact that the total number of projects presented amounted to 90, according to information published on the website of the Institute for the Diversification and Saving of Energy (IDAE), that is to say a little less than half of what was foreseen.

Thus, 43 million deserts remain, "which will become part of future tenders", according to sources from the Ministry of Ecological Transition, which point to deficiencies in the projects presented and the absence of minimum requirements as the reason why they have not been completed. the award of the program.

In those approved, most of the projects correspond to heavy goods land vehicles, such as trucks and coaches. Those aimed at developing emission-free aviation engines make up the second package with the highest funding and number of projects, followed in third place by projects to promote railway and naval engines and handling machinery (luggage transport at airports).

The project that has obtained the most public funding has been Destinus in Castilla León, which will receive 7.3 million for the development of a propulsion system powered by liquid renewable hydrogen for air mobility. In that same community, the hydrogen-powered internal combustion engine on which the Tina Energy Systems research is committed, which will receive half a million euros.

By geographical area, the community that accumulates the greatest number of projects for the new hydrogen engine industry has been Madrid. In it, Talgo's comprehensive mobility project has obtained the highest aid package, 6.5 million euros.

For its part, Acciona seeks to develop a prototype vehicle for the collection of waste through hydrogen electric propulsion, for which it will receive 1.1 million public aid from this program. Airbus' Ready4Flight project wins $3.8 million of public money to develop a hydrogen-powered fuel cell engine. The commitment of Begas Motor, a technology company specializing in the development of engines for heavy vehicles, will receive 3.9 million euros to develop an engine (BeGas-V8 model).

In Catalonia, the commitment to the development of the hydrogen engine will be led by companies such as QEV, which has obtained a grant of 1.2 million euros to experiment with an interurban coach and its associated hydrogen infrastructure in a sectoral environment of use. For its part, Aeroports Públics de Catalunya obtains 1.8 million euros to develop a hydrogen hub at the Lleida-Alguaire airport.

In Asturias, Renfe will receive an experimental zone for the design and development project of the first hydrogen-powered BiModo train (H2Bimodo).

In the case of Andalusian companies, the projects presented focus on the railway and boats for water propulsion. Specifically, Alston will receive 2.6 million for a complete transformation project and demonstration of a green hydrogen-powered shunting locomotive. Finally, Evolution Synergétique Automotive is included, for which 3.5 million euros have been pre-awarded with which the Andalusia-based company intends to develop a new model of a 100% hydrogen engine for boats.

Lastly, the Basque company Guascor will develop an engine for boat propulsion from the Basque Country (H2motorsea), a project that will be financed with 1.4 million euros.