The Government, through different ministers, has asked for "sanity" and "common sense" from the members of the Constitutional Court who must decide next Monday whether or not to paralyze the processing of the criminal and judicial reforms promoted by the Government and its partners at the request of the PP and Vox, who presented separate appeals for amparo to prevent the final approval of these measures. 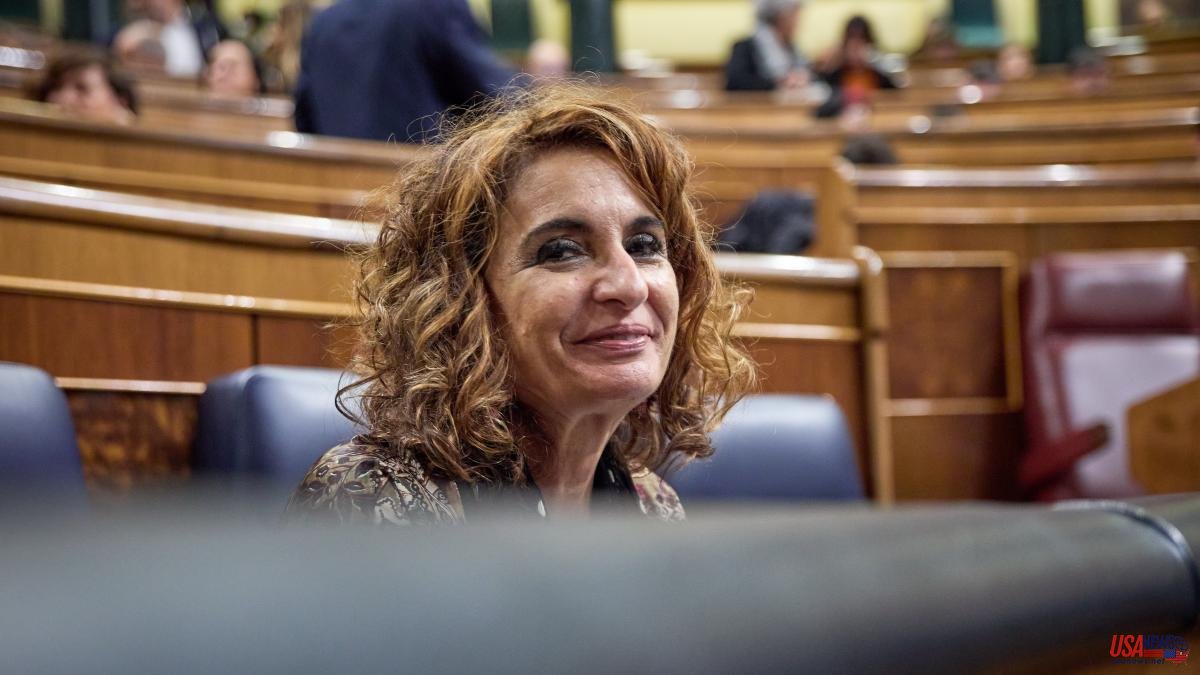 The Government, through different ministers, has asked for "sanity" and "common sense" from the members of the Constitutional Court who must decide next Monday whether or not to paralyze the processing of the criminal and judicial reforms promoted by the Government and its partners at the request of the PP and Vox, who presented separate appeals for amparo to prevent the final approval of these measures. The Executive has also demanded that the PP withdraw the appeal "today" to avoid stopping a vote for the first time in Spain, something that for the Government would have "enormous repercussions" for democracy.

The Minister of Finance, María Jesús Montero, visiting Cáceres, has expressed to the media that she trusts that sanity and common sense will prevail on Monday, when the plenary session of the guarantee court meets to decide on a reform that It directly affects you to the extent that it facilitates its renewal with new criteria.

"I hope that the Senate can continue to process the reform of the Penal Code," Montero insisted, alluding to the processing and final approval of the package of measures approved yesterday in Congress in the midst of unprecedented tension that, if the TC does not prevents by admitting the precautionary measures requested by the PP and Vox, it will take place next week in the Upper House.

Montero has harshly criticized the attitude of the popular, whose strategy, according to her, is based on the non-recognition of the legitimacy of the Government of Pedro Sánchez. "They have never recognized this majority. They understand that power belongs to them, and therefore when the left is in government because the citizens want it, they play to speak ill of Spain in Europe, they do not approve important laws to overcome the pandemic and the economic situation, and oppose the renewal of constitutional bodies".

In this regard, the Minister of the Presidency, Félix Bolaños, has demanded that the PP withdraw today the appeal presented so that "a democratic vote in our country does not stop", something that, as he recalled, "does not happen in any country democratic nor has it ever happened in 40 years of democracy in Spain".

"I can't even imagine the consequences that this resource could have if it were estimated," Bolaños warned, for whom "the PP has gone too far", for which he has demanded that they "withdraw the resource and prevent this from going further there". The minister has asked to "end this twisting of the law" and has censured Alberto Núñez Feijóo whether he "is at the head of this operation" or if he follows instructions from the most extreme right.

Likewise, the first vice president, Nadia Calviño, has called on the TC to act with "common sense" and to "not continue contributing to aggravate the conflict" between State institutions. Likewise, she has appealed for "respect" to the separation of powers. The also Minister of Economic Affairs, in statements to RAC1, has defended the legal changes approved yesterday in Congress, as well as the diligence in their processing. "We cannot continue for one more day with this dysfunction," Calviño stated in reference to the blockade of the CGPJ and the TC. In this sense, the vice president has highlighted the "efforts" of the Executive to remedy this situation: "Everything has been tried."

Nadia Calviño has denied that what she experienced yesterday in Congress, at the expense of what the TC decided, could be compared to the events of autumn 2017 in the Parliament of Catalonia. "The actions of the judges did not imply an ex ante stoppage, but rather an ex post control, after numerous warnings," she stressed.