The President of the Government, Pedro Sánchez, announced this Thursday the first grants from the Strategic Project for the Recovery and Economic Transformation of Renewable Energies, Renewable Hydrogen and Storage (Perte ERHA). 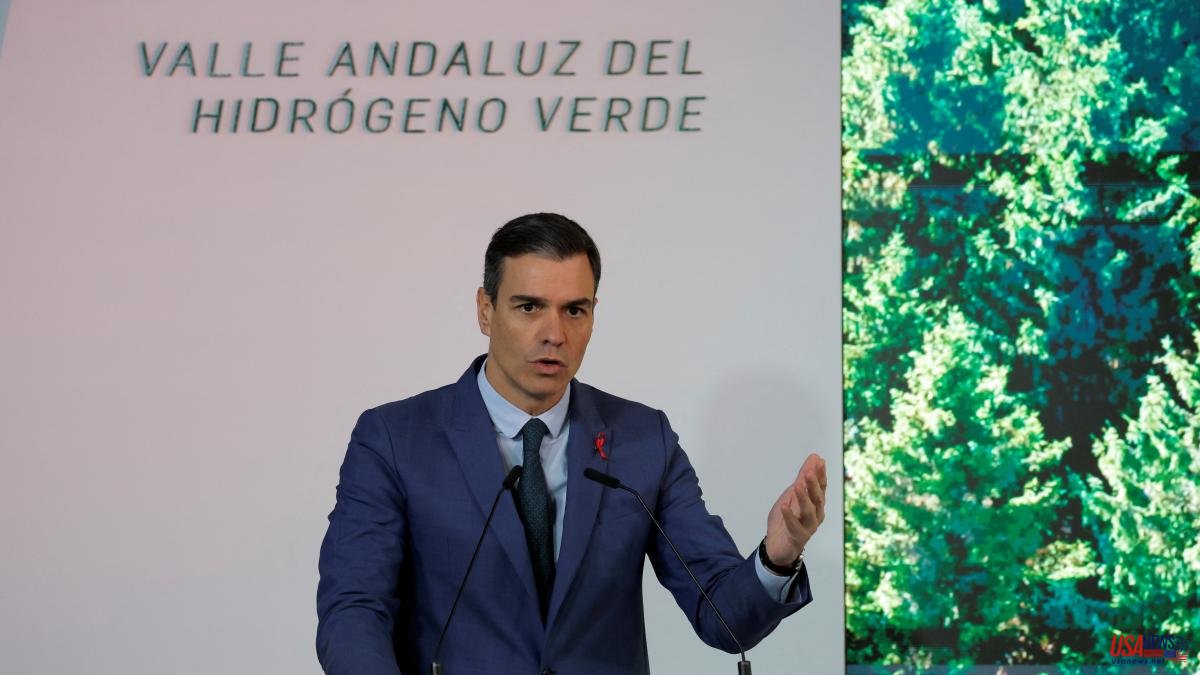 The President of the Government, Pedro Sánchez, announced this Thursday the first grants from the Strategic Project for the Recovery and Economic Transformation of Renewable Energies, Renewable Hydrogen and Storage (Perte ERHA). Specifically, there are 29 projects distributed among nine autonomous communities, three of them in Catalonia

In total, these 29 awarded projects add up to 487 megawatts (MW), which represents 12% of the objective set by Spain for 2030 to promote green hydrogen, which involves the installation of electrolysers for at least 4 gigawatts (GW), according to they indicated to Europa Press in sources from the Ministry for the Ecological Transition and the Demographic Challenge.

The award of aid has been divided into two lines, on the one hand 150 million for the Pioneers or Singular projects program, intended for projects with commercial viability for the production and consumption of renewable hydrogen in the industry, to which 126 proposals requesting aid have opted. for more than 700 million euros.

In total, 22 projects have been selected that will channel a total investment of 460 million euros and add up to an electrolyzer power of 192 megawatts (MW). The winners in this program include projects from companies such as Iberdrola, Cepsa, EDP, Enagas or Hunosa.

By autonomous communities, Andalusia has been the one that has achieved the greatest number of projects, six in total. They are followed by Asturias, Catalonia and Galicia with three each, two projects in Castilla y León and another two Castilla-La Mancha has received aid and one more in each of the communities of Aragón, Navarra and the Valencian Community.

The second line of aid focuses on promoting the Value Chain, aimed at large electrolysers and innovative renewable hydrogen production projects. Of the 17 admitted projects that requested around 240 million euros, seven have been selected that together receive 100 million euros of public money and are expected to channel an investment of 430 million euros and add an electrolysis capacity of 295 MW.

The winners in this program include companies such as Endesa, BP, Cepsa or Repsol. Andalusia is once again the province with the highest number of subsidized projects, three, followed by Asturias, Castilla-La Mancha, Galicia and the Valencian Community with one project each.

The commitment to green hydrogen is one of the most powerful that the Government of Pedro Sánchez has made with its recovery plan with the aim of turning Spain into a strategic country for this new source of energy that is presented as the future to decarbonise the sectors that are more intensive in energy use such as large industries and especially heavier transport such as maritime and aeronautical.

Specifically, the Hydrogen Roadmap, designed by the Government of Spain and with an associated investment of 8.9 billion euros, sets 4,000 MW of electrolyser power as targets for 2030, 25% of industry consumption, from 5,000 to 7,000 light and heavy vehicles powered by hydrogen, from 150 to 200 hydrogen stations for public use, as well as two commercial train lines.

"We want to make Spain an energy-exporting country, which is one of our obsessions," said the Chief Executive during the presentation of the Cepsa project that joins the commitment to Spain, which the Executive itself announced a few weeks ago. by the Maersk shipping company, with an investment of 10,000 million to turn the country into a strategic hub for green fuel.

With the same intention, Cepsa also announced an agreement with the port of Rotterdam for the creation of the European green hydrogen corridor between Campo de Gibraltar and the Dutch port of Rotterdam.

The head of the Executive stressed that this project will facilitate Spain's access to the Delta green corridor, which connects Rotterdam with other European industrial clusters in Germany, the Netherlands and Denmark. "We have a wide network of natural gas, liquefied natural gas, which can be adapted for the transport and supply of green hydrogen, thanks to the ambitious interconnection policy. The agreement that we have reached with France and Portugal to build this Iberian corridor of hydrogen that we have called BarMar, can allow us to export in 2030 20% of the estimated production of the whole of the European Union", Sánchez has had an impact.

A project, the BarMar, whose details are being finalized by the Government and will be presented on December 9 in the framework of the Euro-Mediterranean summit held in Alicante.