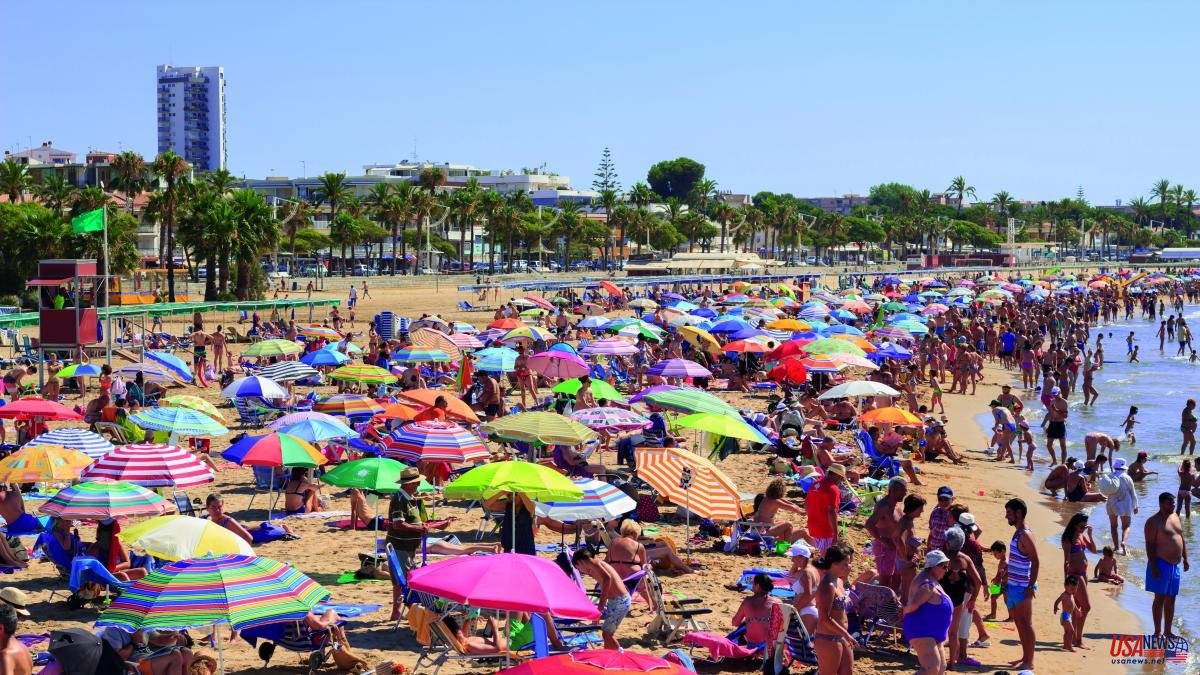 2022 will be a “summer like before”. This was confirmed this Thursday by the Secretary of State for Tourism, Fernando Valdés during the presentation of the tourist forecasts for the months of July and August.

Valdés has appeared at a press conference together with Juan Antonio Gómez, head of ForwardKeys, the tourist data provider company for the Ministry of Tourism has confirmed that based on the data of already confirmed reservations, with at least one night of stay in Spain , "we are witnessing the return of international tourism with the recovery of 9 out of 10 foreign tourists compared to the 2019 data."

Added to this 90% recovery compared to pre-pandemic levels is the intensity of the demand for national tourism, which also exceeds the records for 2019, with a 3% growth in reservations compared to that year. Valdés has ruled out an impact of inflation and the escalation of energy and fuel prices on the behavior of tourists during the summer of 2022. "Inflation, for the moment, is not deactivating demand for Spain," he assured .

The forecasts are equally optimistic for the rest of the year, based on the forecasts managed by ForwardKeys, Juan Antonio Gómez assures that "nothing seems to indicate that this reactivation of tourism is going to stop in the coming months."

The recovery of tourism is led by a higher quality tourist whose average spending exceeds that made by the tourist in 2019 and whose average stay in Spain is also higher. "This increase in spending is taking place in all the autonomous communities, even in those that have not traditionally been tourist destinations, which confirms the success of the Government's commitment to the diversification of destinations," Valdés assured.

Despite this diversification, the ranking of destinations chosen by international tourists in Spain keeps the Balearic Islands in the lead. In the Mediterranean islands, data prior to the pandemic have already been recovered. Canary Islands and Catalonia follow.

The destinations where the recovery is slowest are Barcelona, ​​with a 17% lower demand than in 2019 and Madrid, still 16% below pre-pandemic levels. "This is explained because the cities were a very important destination for long-haul tourists from Asia and those markets are still closed, so recovery is more complicated," explains Juan Antonio Gómez.

By areas of origin, the greatest recovery is being led by the Nordic countries that almost disappeared in the years of the pandemic and that this summer point to a growth of 79% in the case of the Swedes, 44% those from Denmark and a 33% Norwegians.

Tourism from Germany is also growing strongly, by 22%. While from the United Kingdom the growth compared to last year is barely 5%, because the recovery had come before. The pre-pandemic figures of tourists from the United States have also been recovered.

As for the main destinations chosen by national tourism, Fernando Valdés wanted to highlight the increase in demand for La Palma. "Just a few months after the end of the volcano's eruption, the Spanish have turned to this destination, which is ranked as the fourth most demanded in Spain and which highlights the importance of tourism as an engine of economic recovery", assured the Secretary of State for Tourism.