The Government admits differences over the ANC demonstration, but encourages a "massive Diada"

The differences between the partners of the Govern for the demonstration of the Diada organized by the Catalan National Assembly (ANC) are notorious. 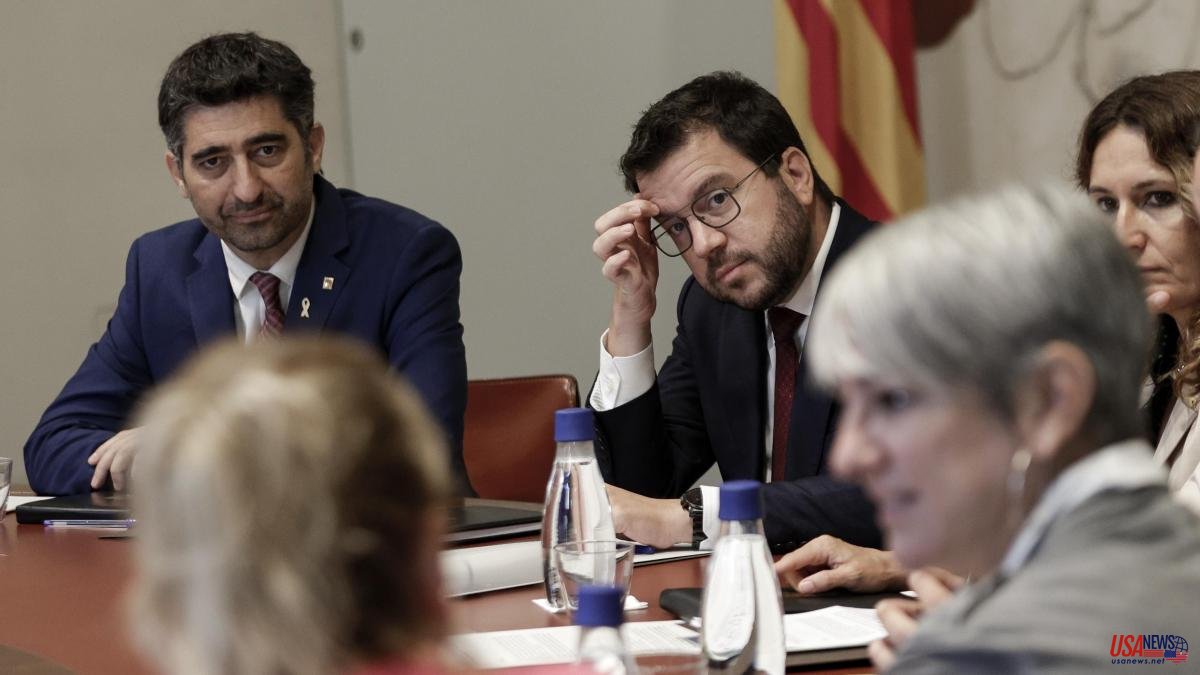 The differences between the partners of the Govern for the demonstration of the Diada organized by the Catalan National Assembly (ANC) are notorious. The spokeswoman for the Catalan Executive, Patrícia Plaja, has unequivocally acknowledged this during the press conference this afternoon after the ordinary meeting of the Consell Executiu. However, and despite the discrepancies, the question of whether the ministers of Esquerra will attend this mobilization has not yet been resolved. Pere Aragonès will not go; the members of the Government of JxCat announced his presence minutes after learning of the president's refusal. In any case, Plaja has minimized these differences-"nothing happens", she has come to say-and she has encouraged citizens to take to the streets so that the Diada "is massive".

"It is evidence that there are differences of opinion in the Government coalition, and nothing happens, the most important thing is that the Diada once again be a massive demonstration," Plaja insisted. “The president has already explained that he would not go, but there will be representation of the Government”, the spokeswoman wanted to assess at the same time that she has assured that each minister has “freedom”.

Plaja has avoided answering whether the Government believes that the ANC demonstration goes against the Catalan Executive and has limited himself to expressing the "maximum respect" for the demonstration, which although it is not an institutional act, "has become a tradition". At this point, the spokeswoman once again encouraged people to take to the streets "to vindicate the pride of the country and the freedom of Catalonia". For the Cabinet of Aragonès, "everyone's effort is necessary to amplify" the points of understanding of independence in order to "make independence possible". "This has much more force than the conflicts that may exist."

But during the press conference, Plaja also took the opportunity to respond to Dolors Feliu, president of the ANC, who in an interview with La Vanguardia before Aragonès' decision not to attend the demonstration was known, had stated that if the president did not attend, he would understand that "he is not involved with the independence project." "The president's involvement is not in doubt and cannot be questioned, but we respect the opinions of all entities," the spokeswoman stressed.

However, the Consell Executiu has focused on another issue. The independentimso has not relented in its efforts to disseminate the report of the UN Human Rights Committee, which was released at the beginning of last week, and in which it denounces that Spain violated the International Covenant on Civil and Political Rights by suspending Oriol Junqueras, Raül Romeva, Josep Rull and Jordi Turull as deputies. Today who has taken another step has been the Government. Laura Vilagrà, Minister of the Presidency, has presented a report to the rest of the members of the Consell Executiu in which, beyond analyzing the content of that opinion, she demands that the State provide comprehensive and effective reparation for the violated political rights.

The Government believes that the report of the UN committee can be decisive in the sentences of the European jurisdiction, that is, before the European Court of Human Rights (ECHR) in Strasbourg and the Court of Justice of the European Union (CJEU) in Luxembourg, where there are open cases of the procés.

The Cabinet led by Aragonès calls on the State to take "immediate" measures to guarantee that the violation of the political rights of any citizen of Catalonia will not be repeated. In fact, the UN recalls in the text that it must inform you within 180 days after the publication of the report the measures that it has been able to adopt for its application. Likewise, the Government has demanded that this document be published and "be given maximum dissemination", according to Plaja.

It should be remembered that an appeal by Carles Puigdemont is pending before the CJEU, in regard to his immunity as a member of the European Parliament, and that before the ECHR there are several appeals filed by his former ministers “that may have legal consequences for the Spanish State ”, the spokesperson recalled.

Although he has not specified beyond requesting the repeal or modification of article 384 bis of the Criminal Procedure Law, which allows the suspension of public functions or positions for the crime of rebellion, Plaja has requested "mechanisms" to repeal other regulations. The crime of sedition without implying the modification of the penalties for disobedience is one of the objectives of ERC in the dialogue table between the Spanish and Catalan governments.