The Minister of Education and Vocational Training, Pilar Alegria, has criticized the PP for its position regarding Spanish in Catalan classrooms and has accused the main opposition party of haranguing the confrontation in Catalonia and encouraging anti-Catalanism with the sole objective of win votes in other territories. 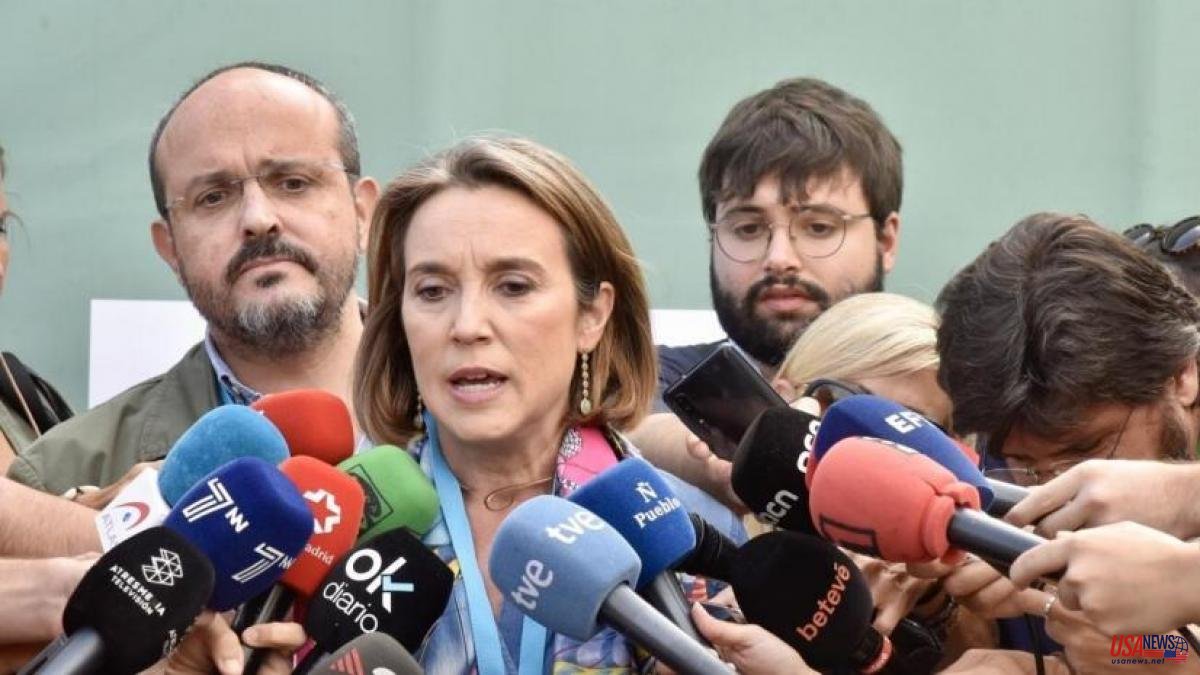 The Minister of Education and Vocational Training, Pilar Alegria, has criticized the PP for its position regarding Spanish in Catalan classrooms and has accused the main opposition party of haranguing the confrontation in Catalonia and encouraging anti-Catalanism with the sole objective of win votes in other territories.

Alegria has thus responded in the control session to the Government in Congress to the deputy of the PP Sandra Moneo, who after the demonstration last Sunday in Barcelona in favor of the presence of Castilian as a vehicular language in Catalan schools, has asked him: What protection does the Government give to students in Catalonia?

"The same protection that all students who are currently being trained in the autonomous communities with a co-official language have and that is perfectly included in the educational law, which guarantees that all these students, when they finish compulsory education, will have a perfect command of Spanish. and the co-official language", replied the minister.

Faced with such a response, Moneo has replied, accusing the minister of being as guilty as the Catalan Minister of the branch that in Catalonia Castilian is not vehicular and of "accomplice" of the Generalitat in the "non-compliance with the law" for "his inaction " before the agreement that, in his opinion, "shields Catalan and expels Spanish from the classrooms against the judgment of the TSJC and, what is worse, against the Constitution", in reference to the decree of the Catalan Executive that rejects linguistic percentages in schools and makes the ruling that requires 25% of classes to be taught in Spanish non-applicable.

"What is happening specifically in Catalonia has not happened in any other community", Moneo snapped, who concluded his speech by assuring that "who is part of the problem cannot be the solution", for which he has called on the members of the Executive that "they leave as soon as possible".

The head of Education, after recalling that there is a standstill on the ruling of the TSJC since the Catalan court has raised a question of constitutionality to the Constitutional Court "endorsed by the State Attorney" on the decree of the Generalitat, has asked the PP " honesty and frankness" to acknowledge the real reasons why that party participated in the Barcelona demonstration.

"You did not go to Barcelona on Sunday to support the Catalan families, you went to Catalonia with a single objective, which is to harangue the division and the confrontation in Catalonia, holding the arm of Mr. Abascal", the minister reproached for add that "what you intend is to return to the Catalonia of 2017 and incidentally encourage an anti-Catalan sentiment to see if you collect some kind of electoral revenue in other territories".

Alegria has also referred to the absence of Alberto Núñez Feijóo from the Barcelona demonstration, which he has attributed to the will of the PP leader to avoid a "Colón 2", alluding to the photo that Pablo Casado took in 2019 , Albert Rivera and Santiago Abascal in Plaza de Colón in Madrid against the management of the Catalan conflict by the President of the Government, Pedro Sánchez, at the time.

"We are getting used to the fact that Feijóo does not want to appear in the photos, on Sunday he did not want to go near Barcelona, ​​perhaps to avoid causing a Colon 2", the head of Education has ventured, who has made the PP leader ugly by performing "his favorite exercise that It's the hideout." Despite this, Alegria has assured that "citizens verify every week that Mr. Feijóo is not what he was, and that clamor is so important that not even dividing us with the language will they manage to hide it".