The government accuses Moncloa of belittling the Catalans

The Catalangate and Pegasus marked a before and after in the Government's attitude towards Moncloa, to the point that the Generalitat affirms that it maintains "zero confidence" in Pedro Sánchez. 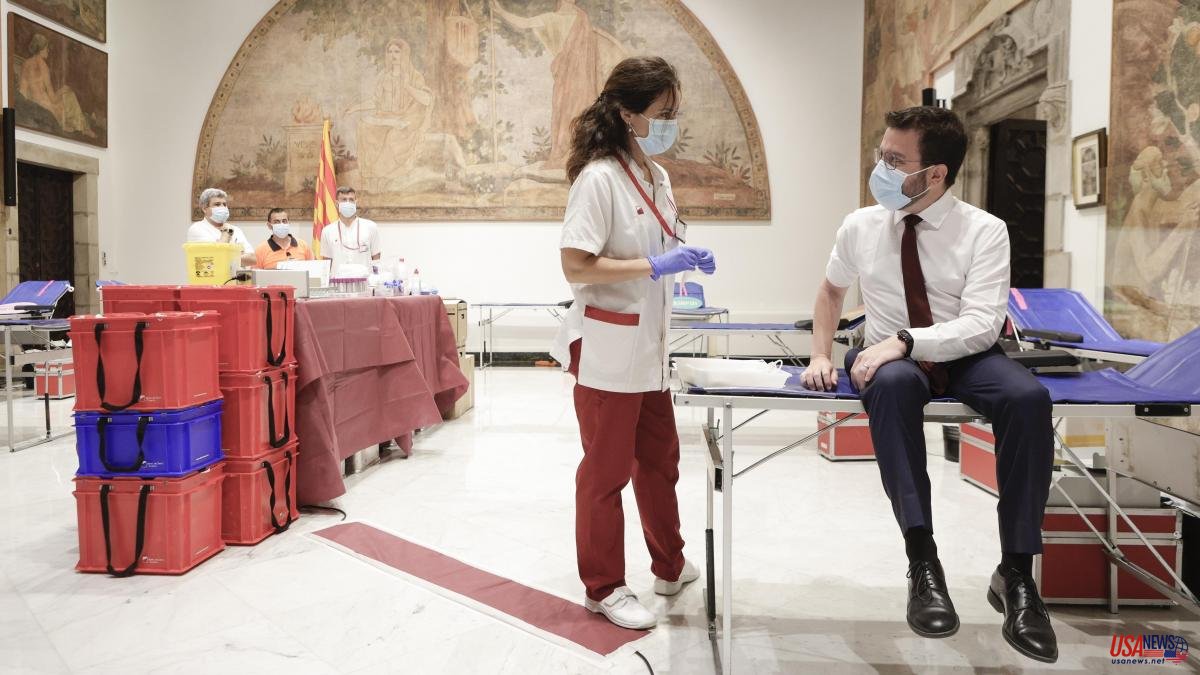 The Catalangate and Pegasus marked a before and after in the Government's attitude towards Moncloa, to the point that the Generalitat affirms that it maintains "zero confidence" in Pedro Sánchez. The scarcity of investments in Catalonia further undermined the relationship and now, faced with the possibility that the Spanish Olympic Committee (COE) will not present any candidacy for the 2030 Games to possible instances of the central Cabinet, in the Catalan Executive they believe that they have enough reasons to state that "relations with the Spanish Government are very far from being normalized". In any case, the Government has requested a sports entity and its president, Alejandro Blanco, not to miss out on the "historic opportunity" of the Olympic Games. of winter.

This was stated by the Government spokeswoman, Patrícia Plaja, at the press conference after the Consell Executiu this morning. On the one hand, she has been very critical of Vice President Nadia Calviño, who assured yesterday that the relationship is "normal and maximum cordiality." For the Executive led by Pere Aragonès, the also Minister of Economy should stop pretending that “nothing is happening”. “The time for words and advertisements is over; it is time for [budgetary] compliance and execution; the Government must stop pretending to be normal”, Plaja assured.

And it is that, as he has said, the Generalitat "does not ask for anything extra", but that Moncloa complies with the "commitments acquired with the citizens of Catalonia". "The feeling is that the successive Spanish governments consider that the citizens of Catalonia deserve less than the rest," the spokeswoman denounced. She has given Pegasus and "historical underfunding" as an example, but also episodes such as the candidacy for the Olympic Games, which has not just been unraveled, "perhaps because one of the parties involved is Catalonia."

Precisely in the Olympic project lies the latest disagreement. After the failure of the last meeting last week between the COE and the Spanish, Catalan and Aragonese governments, the sports entity was expected to communicate its final decision at the beginning of this week. However, until now silence has been maintained and, despite the fact that a candidacy shared by Catalonia and Aragon is practically ruled out, there is the possibility that, as the president of the COE, Alejandro Blanco, raised a few days ago, it will open the door to that the two autonomous communities present their own projects separately so that they can then choose between one of the two. But it is also on the table that Spain renounce any project for 2030. Plaja has demanded that the COE not miss the "historic opportunity" of the Olympic Games. of winter.

To curl the loop, Plaja has reported a jurisdictional conflict that although it will not affect the Games, it does make the Moncloa-Generalitat relationship even more difficult. On March 15, the Government promulgated a decree to modify the law of non-referendum consultations to enable the president of the Generalitat and that he could call non-binding consultations at local levels. The Government, on the other hand, has expressed doubts, because it understands that Aragonès could convene them in supra-municipal areas that are the responsibility of the State.

The law was modified so that the citizens of the Alt Pirineu and Aran veguería could be consulted about the Games and was endorsed by Esquerra, Junts and the CUP. Now, Moncloa and the Generalitat have opened a period of eight months to reach an agreement and prevent the issue from ending up in the Constitutional Court. The consultation on the Olympic candidacy -today without a set date- would not be in danger. Even so, Plaja has charged against the Government: "The problem is not legality, but the nerves that appear in Madrid every time the Catalans are asked to consult regardless of the reason for the consultation."

Plaja has urged the Government to stop "putting obstacles to democracy and be brave and speed up the Olympic Games project once and for all" as long as a final decision is made on the candidacy. The decree law is still fully in force and the consultation can be made.

In any case, that there is a change of position in the Government was evidenced last Friday, when the Generalitat planted the Minister of Transport, Raquel Sánchez, in Terrassa, who came to announce an agreement to complete the B-40 road through Vallès Western. Aragonès denied that there was an agreement and summoned the leader to comply with the commitments.