The Government accelerates to unclog the internal pact on budgets

The fiscal battle deployed by the Popular Party ideologically rearms the progressive coalition government chaired by Pedro Sánchez in the face of the highly disputed new electoral cycle. 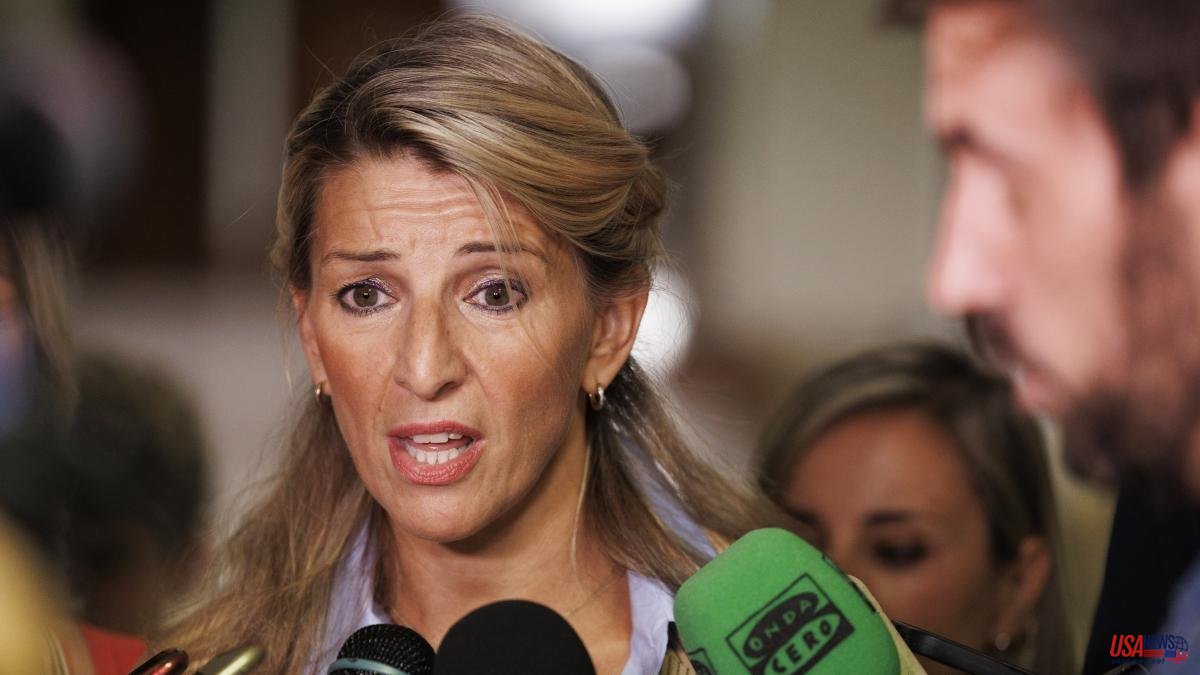 The fiscal battle deployed by the Popular Party ideologically rearms the progressive coalition government chaired by Pedro Sánchez in the face of the highly disputed new electoral cycle. And it can also help bring together the still distant positions of the PSOE and United We Can in order to close a new agreement that unblocks the general state budget project for 2023, about which yesterday Yolanda Díaz and Podemos sounded the alarms.

After harshly condemning the "fiscal populism" that he attributed to Alberto Núñez Feijóo, and a "struggle" between Isabel Díaz Ayuso from Madrid and Juan Manuel Moreno Bonilla from Andalusia, who denounced that he encourages "hatred between territories" on account of his career as tax reductions –“and if it is possible against Catalonia, better”–, the Minister of Finance and Deputy Secretary General of the PSOE, María Jesús Montero, announced yesterday from the Ferraz headquarters that the Government will present imminently, “within the next few days”, a new package of fiscal measures that will be applied already next year.

Therefore, in addition to the new tax announced on large fortunes – which will require its own law, for which urgent parliamentary processing will be sought so that it can come into force already next year – the Government will address “adjustments” in other existing fiscal figures that will be included in the budget project for 2023, according to Montero. Government sources confirmed that there will be "a selective increase in taxes" that will in no way affect what they call the middle and working classes. The Minister of Finance did not want to specify anything else, waiting for the delicate internal negotiation with United We Can to culminate in any case.

This battery of fiscal measures could be the plunger of the budget pact in the coalition. Given the escalation of public warnings to the socialist sector of the Government by the Vice President Yolanda Díaz and the Minister Ione Belarra, due to the lack of progress in the internal negotiation on the budgets, María Jesús Montero was convinced, after announcing that there will be new measures prosecutors, that an agreement will be reached in the coalition to be able to close "soon" a new public accounts project.

The also deputy general secretary of the PSOE framed her announcements and optimistic forecasts in a harsh speech against the "neoliberal recipes" that she attributed to the PP. "Without taxation there is no welfare state," she warned. Montero blamed the main opposition party for a policy that seeks an "emptying of the fiscal capacity" of the State, which would later force it to apply "cuts" in health, education and public services, and that would finally open the doors to privatizations.

Montero attributed to Feijóo the same recipes “from the last century” that he assured that José María Aznar promoted during his mandates, despite the fact that in his opinion it has been a long time since in almost all of Europe they were already thrown “into the drawer of useless junk”.

The Vice President of Labor and Social Economy, Yolanda Díaz, had turned on the alarm light in the corridors of Congress, minutes before appearing in the Labor commission. "I don't like having to give this idea, but I have to convey it: we are still very far away in the negotiation on budget matters," she said, raising Diaz's tone.

The vice president cooled the optimism of the finance minister and although in her department they remain convinced that in the end there will be an agreement, she stressed that “we are still far away” in the main matters. The message is identical to the one Isa Serra launched after the Podemos executive meeting. "We are worried because the talks are not advancing and the PSOE has blocked the budgets," said the co-spokesperson, reiterating a message that the party had already launched last week.

Tax matters are one of the most relevant to give effect to this agreement and from United We Can there are three battle horses, once the PSOE has renounced its promised tax reform: increase in corporate tax, tax on large estates -but not provisional but structural– and rise in the high sections of personal income tax. The gag law could be unblocked in this negotiation, but in the background there is another blockade partially linked to the budgets and in which all sources confirm that there is no progress: the housing law. And there is no better luck with another of the purple star projects, the family law. Although neither of the two is directly concerned by the budget project, without any commitment around them, United We Can resist the budget agreement.