The German way to say goodbye to Russian gas

The Russian invasion of Ukraine has put an end to Germany's energy supply model, which has been found to be heavily dependent on Russian gas and oil and is now multiplying efforts to break away from such a dangerous link. 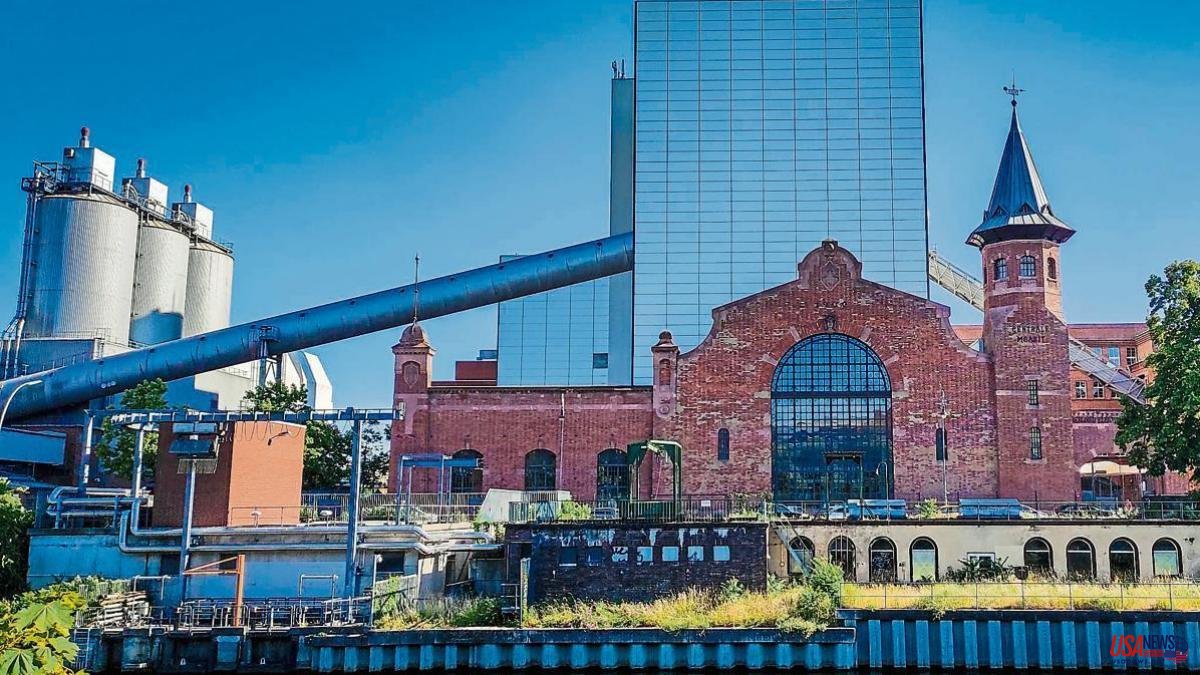 The Russian invasion of Ukraine has put an end to Germany's energy supply model, which has been found to be heavily dependent on Russian gas and oil and is now multiplying efforts to break away from such a dangerous link.

While the EU struggles with how to reconcile the interests of each member country in the plans to embargo Russian hydrocarbons –so far there is only a partial embargo on crude oil, the one that arrives by ship–, Europe's leading economy has decided to do without end of this year from Russian oil, on which it now depends for 12%. And he has designed at a forced pace a recipe to cover the energy needs of industry and households next winter due to the cut in Russian gas.

At the same time, with an eye on the long term, it explores and captures new sources of supply. Germany currently depends on Russia for 35% of its gas needs, although at the start of the war, on February 24, its dependence was even greater (55%) and it has been able to lower the figure. Desired goal: Reduce to 30% by the end of this year and be “largely” non-dependent by the summer of 2024, with only 10% of the gas coming from Russia.

In the immediate term, according to the Government, it is time to save the precious hydrocarbon and store it. “To reduce gas consumption, less gas must be used to generate electricity. Instead, coal-fired power plants will have to be used more,” the Economy Ministry said in a statement last Sunday, June 19. Along with the provisional reactivation of coal power plants from reserve calls, the Executive announced measures to store gas and an auction system to encourage savings in the industry.

In addition, the public bank KfW will open a credit line of 15,000 million euros to finance the acquisition of natural gas by Trading Hub Europe, responsible for joint gas purchases for Germany.

The bill that will allow this temporary use of coal and other storage measures has begun its parliamentary process and, in principle, should come into force shortly after July 8. The auction system is outlined as follows: with a procedure similar to the tender, the State would offer remuneration to the companies that promise the most significant energy savings. "We must do everything possible to reduce our consumption, and the industry is an essential factor," said the Minister of Economy and Climate, the green Robert Habeck. You have to stock up for winter.

The plan is particularly urgent because last week Moscow cut deliveries through the Nord Stream 1 pipeline, which connects Russia with Germany across the Baltic Sea and pumps 55 billion cubic meters of Russian gas a year, by 60 percent. In the opinion of Brussels and several European rulers, the reduction presents contours of geopolitical blackmail. According to Moscow, it is because Western economic sanctions for the war prevent the return of a turbine, manufactured by the German company Siemens, which is undergoing maintenance in Canada.

Diminishing supply is driving up prices, which means more spending for manufacturers. “There are numerous industrial processes that cannot function without gas; it is to be feared cascading consequences”, warns Siegfried Russwurm, president of the BDI, the association of German industrialists. A survey by the German Confederation of Chambers of Industry and Commerce (DIHK) indicates that nine out of ten industrial companies now see high energy prices as a major business danger.

For consumers, the risk is seeing their energy costs double or triple, according to Klaus Müller, president of the Bundesnetzagentur, the network regulator. "If you extrapolate, it depends a lot on how much you heat, how your building is built, but it can triple the old gas bill," Müller told RTL/ntv.

On Thursday, the Government activated the second of the three phases of its emergency plan for gas; it is the alert phase due to the risk of long-term supply shortages, a phase that has not yet had direct consequences. The third phase, if decreed, could include rationing.

Having to temporarily resort to coal, which the tripartite government of Social Democrats, environmentalists and liberals has agreed to abandon by 2030, is particularly painful for the environmental partners, but they see no other way out at the moment. Using more coal to generate power is “bitter, but it is simply necessary in this situation to reduce gas consumption; we must and will do everything we can to store as much gas as possible in the summer and autumn,” said the green Habeck, Minister of Economy, this week.

The harsh reality is that reactivating plants that burn highly polluting fossil fuels is a new sign of how the fight against the climate crisis in Europe is taking a backseat in the face of widespread fear of running out of energy due to the designs of the war launched against Ukraine by Vladimir Putin.

The energy debate is now felt everywhere in Germany. There are even voices that question the nuclear blackout, a decision by former Chancellor Angela Merkel in 2011 in the heat of German public opinion, horrified by the accident at the Japanese Fukushima nuclear plant, which has led to the gradual closure of plants in recent years. Three nuclear power plants remain in use, providing 11% of electricity and which, according to the planned schedule, should be closed by the end of this year.

The Social Democratic Chancellor, Olaf Scholz, has reiterated that the plan is going ahead – reactivating the atomic option is technically and legally unfeasible, according to the experts consulted by the Executive – and the Greens, who carry the rejection of nuclear power in the DNA of the party, they totally agree. But the liberal partners do not see it that way. The finance minister, the Liberal Christian Lindner, warned this week that a “very serious economic crisis” is looming in the country, and that for this reason the government should explore all avenues to close the gaps in the energy supply, including a postponement of the nuclear blackout. However, everything indicates that a return to atomic energy will not go beyond a mere debate of ideas in this time convulsed by the war.

In the long term, Germany hopes to be able to supply itself with Qatari liquefied gas – it will build two reception terminals – and with green hydrogen produced in the United Arab Emirates (UAE), in addition to US gas and Norwegian hydrogen, among other suppliers.

In the country itself, renewable energies are the long-awaited horizon, but they are not going fast despite the wishes of environmentalists. Currently, wind projects with a volume of 10,000 megawatts are in the approval process, facilities that, on average, take six years to be operational. Meanwhile, the solar power sector is still reeling from disruptions to supply chains caused by the coronavirus pandemic, which have affected elements to build new photovoltaic and solar thermal power facilities.

For now, the government's goal is to store gas at all costs. Already at the end of April he presented a law that imposes on tank owners a minimum filling of 90% in November, under penalty of expropriation. As of November 1, heating must be guaranteed for the winter, since half of German homes are heated with gas. The deposits – to be filled with Russian gas or from whatever source – are now at 58%.

Citizens are also urged to save gas. Since mid-June, a broad communication campaign calls on society and companies to save energy. Minister Habeck, emphatically, expresses himself this way on social networks: “Every kilowatt counts”.