The project for the SEAT-Volkswagen battery gigafactory in Sagunt is already making progress on paper with the signing this afternoon of the agreement between the president of the Generalitat Valenciana, Ximo Puig, and directors of the new subsidiary PowerCo and SEAT for the development of the battery manufacturing plant for electric vehicles in the logistics area of ​​Parc Sagunt II. 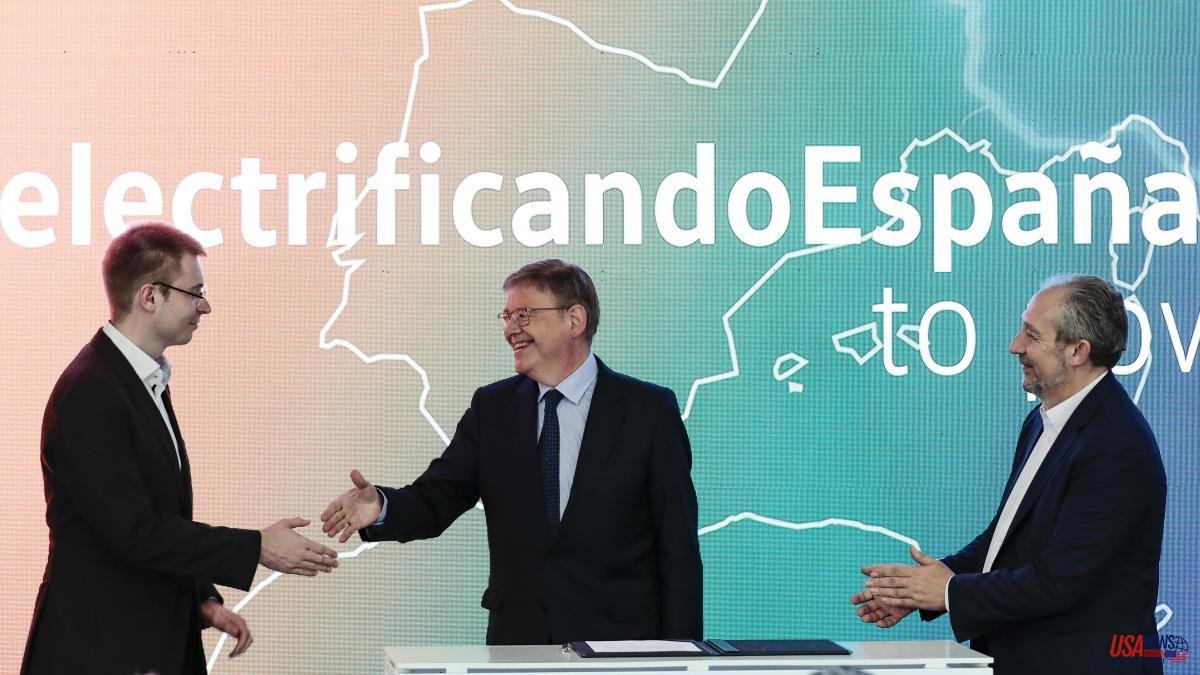 The project for the SEAT-Volkswagen battery gigafactory in Sagunt is already making progress on paper with the signing this afternoon of the agreement between the president of the Generalitat Valenciana, Ximo Puig, and directors of the new subsidiary PowerCo and SEAT for the development of the battery manufacturing plant for electric vehicles in the logistics area of ​​Parc Sagunt II.

While awaiting the resolution of PERTE on the electric vehicle, which the German multinational is "waiting with great impatience", as SEAT's executive vice-president for purchases, Alfonso Sancha, said today, the Consell is already specifying the details of the project with the subsidiary company PowerCo.

However, the content will not be made public until the PERTE is resolved, although the Valencian president has explained that the agreement signed this Thursday contemplates the technical requirements of the plant, the administrative processes, environmental and urban plans and necessary legal requirements for its implementation, as well as the commitments of the Generalitat Valenciana in economic and training matters.

This last aspect is especially important for the multinational, which especially valued in the election the technological talent that comes from the Valencian universities and that now the Consell seeks to promote especially with the financing, with 15 million euros, of a training center, pioneer in in electrical automotive training to meet Volkswagen's demand.

The center will be next to the future plant and will have a dimension of 20,000 square meters. There is still no data on the curricular programming, but Puig pointed out that "we want training to be generated that is directly linked to the automotive industry, which is why it will be oriented by Volkswagen and also by other companies in the sector."

When asked about the professional profiles that the plant will need, Sancha explained that various experts will come from Germany when the plant starts up, and the exchange will also be the other way around because "those hired at the Valencia plant will spend periods in Germany for their training ".The director explains that they work with the Sagunt City Council -with whom they met yesterday- as well as with the Consell to "prepare young people to be able to join this project as we go to start hiring at the plant".

That of the training center has been the announcement this Thursday at the Palau de la Generalitat, where business, union and political representatives have gathered, in addition to a good part of the Valencian Government.

In the presentation, the Minister of Mobility and Territorial Policy, Rebeca Torró, who took part in the negotiations to bring the battery plant to the Valencian Community, highlighted that today is "the culmination of public-private collaboration after months of effort, thanks up to sights".

The head of the Consell has also advanced that the tender for the construction works of the gigafactory will take place at the end of 2022, given that the expropriations have been completed and the work to prepare the land has begun, and the contracts have already been awarded. for the drafting of the Parc Sagunt II urbanization project and the construction of the intermodal platform for the logistics area.

The construction will follow the advanced times a few months ago, although in the presentation of last May it was explained that the works would start in the first quarter of 2023. The initial idea is that in 2024 the installation of the equipment begins, in 2025 the production of the first samples manufactured in series means and, already in the year 2026 that the plant is operational.

For his part, PowerCo's chief operating officer, Sebastian Wolf, has assured that "with Salzgitter as the lead plant, Valencia will be the first full deployment of our new standard factory concept". This past Tuesday the first stone of the factory was laid of Salzgitter cells, which will be the model and starting point of the global battery offensive, with six cell factories in Europe and with the prospect of creating other factories in North America in the future, which has been activated by the automobile multinational.