There were not a few, but those who had dealings with Queen Elizabeth II throughout her 70-year reign were chosen. 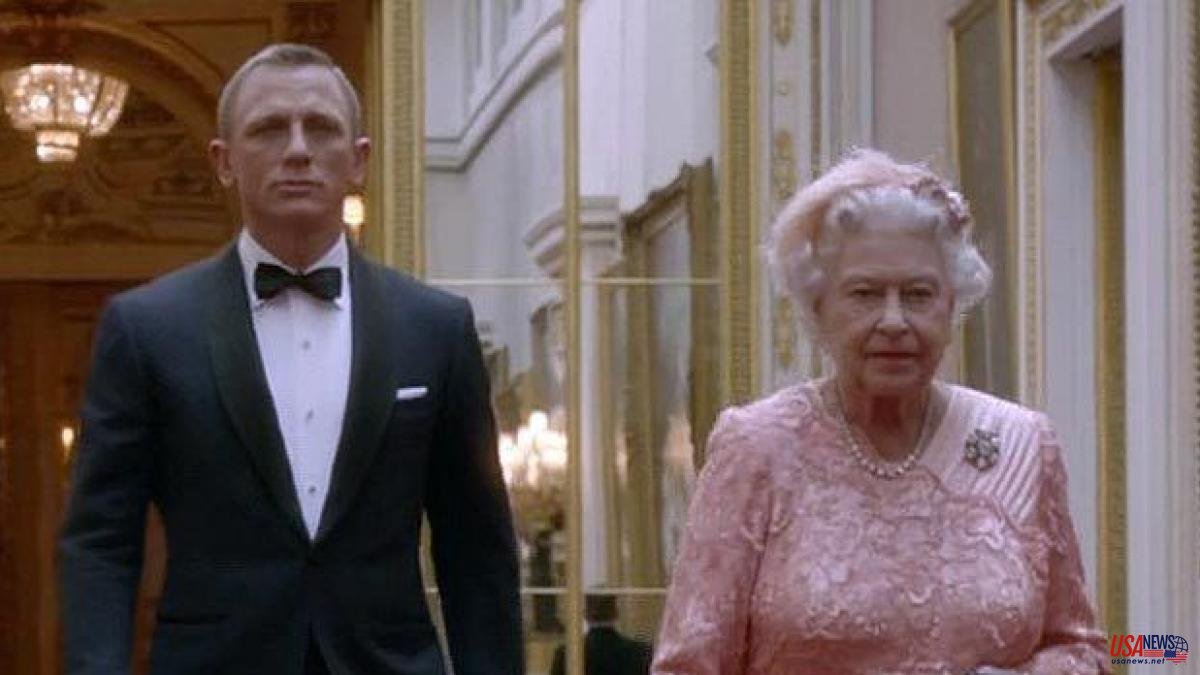 There were not a few, but those who had dealings with Queen Elizabeth II throughout her 70-year reign were chosen. From leaders and political leaders to Hollywood stars, music and sports had the opportunity to get closer to her and now that she is gone, some have decided to share their personal anecdotes so that the rest of the mortals know something more about the character of the sovereign British. Two traits are common to all of them, the sharpness of duty and the Queen's humor.

Former Prime Minister Theresa May made members of the British Parliament die of laughter this Friday by telling them of her misadventure that occurred during a picnic with the Queen, at her Scottish property in Balmoral, where she precisely died.

“We all get our hands dirty to set the table. I took a piece of cheese, put it on a plate and then brought it to the table”, she explains, when suddenly “the cheese fell on the floor”.

"When I turned around, I found that all my actions had been watched very carefully by Her Majesty," May said.

"I looked at her. She looked at me and just smiled," the former prime minister added, concluding: "The cheese was left on the table."

Boris Johnson, Theresa May's successor, also told parliament about the jokes he shared with the Queen and how she used to "shock" tourists.

One of her favorite anecdotes relates to the humorous video broadcast for the opening of the 2012 London Olympics, where the monarch plays herself, along with her beloved corgis and actor Daniel Craig as James Bond.

"I remember her innocent joy (...) after the opening ceremony, when I told her that a leader of a friendly country in the Middle East really seemed to believe that she had jumped out of a helicopter wearing a pink dress and parachuted in. the stadium," he revealed.

The former Conservative leader also recounted, as an "eyewitness", the time he saw the Queen "driving her car herself, without police or bodyguards, crossing the Scottish landscape at an alarming speed". All in the face of "the utter astonishment of the hikers and tourists we encountered!"

A Labor MP, Harriet Harman, has confided how the Queen comforted her after she lost her post as minister in 1998.

"When I was fired, my calendar was empty and I no longer received any phone calls," he said. "My team was shocked to get a call from Buckingham Palace: no one wanted to do anything with me anymore, but the queen wanted to see me!"

"He invited me to tea and thanked me for my work," he explained.

The former leader of the opposition Labor Party Ed Miliband, who resigned in 2015 after a bitter defeat in the legislative elections, for his part recounted how Elizabeth II gently joked with him about his fall.

"While my career was taking off, my wife's was taking off and she was made a Dame" (British honorary title), he explained, so "they were both invited to the palace to meet Her Majesty."

"When we met, His Majesty looked at me and said 'Oh, it's you, what are you doing here?' -she knew perfectly why I was there but she had the subtlety to ignore it- ", she recalled before the British Parliament. "We had a wonderful conversation," she added, "and there she was, at 93 years old, still full of spirit, vigor and humor," she added.

Also Daniel Craig, the last actor to play agent 007, told US television how the Queen made fun of him for his always serious appearance during a photo session: "We were taking a picture and she said 'Oh no, It's the one who never smiles! Good, good'".

Generally, Elizabeth II always conveyed an image of solemnity befitting her position, but those who knew her remember that she loved parties, ice-cold champagne and, above all, dancing. Elton John remembers dancing a rock

Also John Louis Jr., United States ambassador to the United Kingdom between 1981 and 1983, confessed at the time to have been crushed after having danced with the Queen during an official reception. "She had taken off her heels and because of her height difference my back hurt terribly, but I danced and danced because she couldn't tell her that she had ten times more energy than me." As they say, the ambassador was rescued by Felipe de Edinburgh, husband of the sovereign, late at night. Although before leaving he said goodbye to the attendees saying: "I could dance all night, but this man does not allow me to do it because he is very boring."