The friction between Taliban pragmatists and hard-liners increases

Two Afghans who are familiar with the power struggle said that the friction between the Taliban's ideologues and the pragmatics has increased since they formed a hardline Cabinet last week. This is closer to their brutal rule in the 1990s than any recent promises of inclusion. 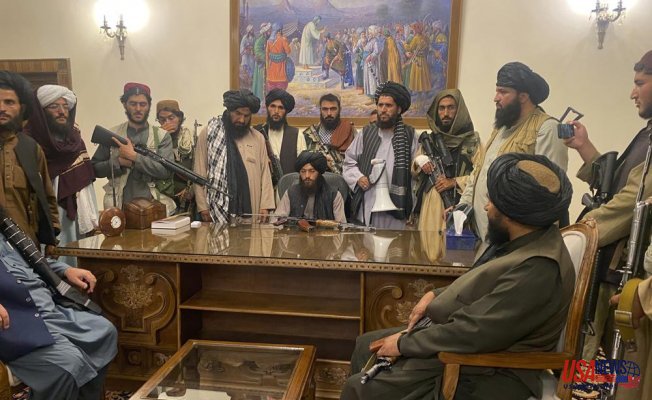 Although the wrangling took place behind closed doors, rumors quickly started to circulate about a violent confrontation between the two camps at The Presidential Palace, with claims that Abdul Ghani Baradar (the leader of the pragmatic group) was killed.

The rumors grew so intense that Baradar recorded an audio recording and wrote a handwritten statement denying that he had been murdered. On Wednesday, Baradar gave an interview to the national television.

"I was travelling from Kabul so I had no access media to reject this news," Baradar stated about the rumor.

Baradar was the chief negotiator in talks between the Taliban government and the United States. This paved the way to the U.S. troop withdraw from Afghanistan. It was completed in August, two weeks after Taliban took over Kabul.

Baradar, a senior Taliban official, had suggested the possibility of an inclusive government shortly after the Kabul takeover. However, such hopes were dashed when a Taliban-dominated lineup was formed last week.

As a sign that the hardliners have won, the white Taliban flag was hoisted above the presidential palace to replace the Afghan national flag.

Officials from the Taliban said that the leadership has not yet made a decision about the flag. Many are leaning towards having both banners flow side-by-side. Because he was not permitted to talk about internal discussions with the media, he spoke under anonymity.

Two Afghans who were familiar with the power struggle spoke under the condition of anonymity in order to keep the identities of others who had expressed their discontent about the Cabinet lineup. One Cabinet minister was rumored to be considering quitting his post after being upset by the all-Taliban government's disregard for the country’s religious and ethnic minorities.

Baradar was absent from many key functions. Baradar was absent from key functions, such as the reception of Sheikh Mohammad bin Abdur Rahman Al-Thani (deputy prime minister of Qatar), at the presidential palace. This was the highest-ranking foreign visit since the Taliban tookover. Baradar's absence was surprising considering that he had been a head of the Taliban political office in Doha, Qatar for many years.

Several Afghan officials and Afghans who were in touch with Baradar earlier told The Associated Press that he was visiting Kandahar, the southwestern province capital, for a meeting to Haibatullah Akhunzada, a Taliban leader. Another Taliban source said that Baradar was visiting relatives he hadn't seen in over 20 years of war.

Analysts believe that the friction is not a threat to the Taliban for the time being.

He said that he believed the current internal dissension could be managed. The Taliban will still be under pressure as it attempts to consolidate power, gain legitimacy and address major policy issues. A stressed organization may see more infighting if these efforts fail.

However, Taliban divisions will be harder to solve today without the strong-handed rule of Mullah Omar (the founder of the group), who demanded unquestioned loyalty.