The French Clement Turpin, referee of the final and white talisman

An old acquaintance, with very good memories for Real Madrid, the French referee Clement Turpin will be in charge of directing the Champions League final between the Whites and Liverpool. 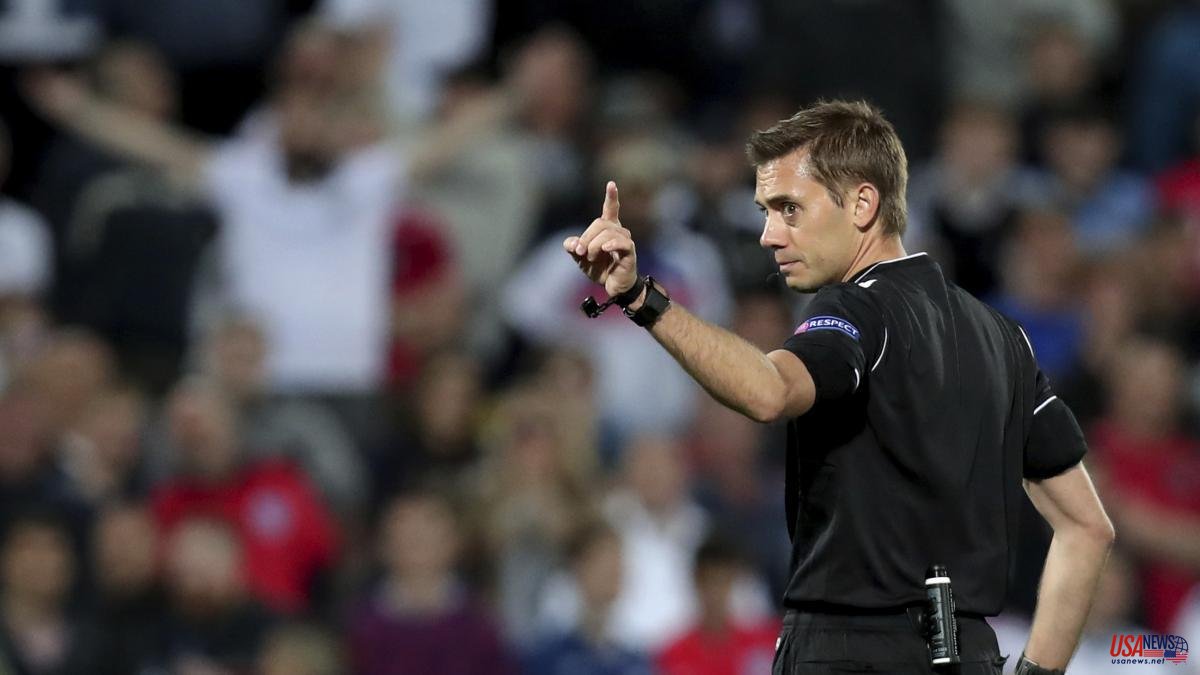 An old acquaintance, with very good memories for Real Madrid, the French referee Clement Turpin will be in charge of directing the Champions League final between the Whites and Liverpool. It will be his first match of such relevance although he has directed the final of the Europa League last season between Villarreal and Manchester United. A positive omen for the meringues: with him in charge, Real Madrid knows no defeat.

Turpin, born in the town of Oullins (France), turned forty years old on the 16th and for several seasons has been one of the top referees in the UEFA ranking. In fact, in France he broke a precocity record by being the youngest international referee and will whistle at the World Cup in Qatar.

So far he has led Real Madrid four times, with plenty of white victories. The latest precedent is from this season, when he refereed the first leg of the quarterfinal against Chelsea at Stamford Bridge, resolved with a 1-3 victory for Carlo Ancelotti's men.

His good relationship with Real Madrid does not end there, because the Frenchman has been present as the fourth referee in the Whites' last two European finals, both with victory for the Madrilenians. He was, precisely, in the 2018 Champions League final in which the team coached by Zidane beat Liverpool and also in the 2017 Super Cup final against Manchester United.

Turpin, who has refereed seven Champions League games this season, has barely officiated for the other finalist. With Liverpool he has only met in their victory over Leipzig (2-0) last season and in the draw in Moscow with Spartak at the start of the 2017-2018 campaign. Next Saturday, at the Saint-Denis stadium, he will be joined by his compatriots Jérôme Brisard on VAR, Nicolas Danos and Cyril Gringore on the flanks, with Benoît Bastien as fourth official.