The French battle for 90 km/h

Being able to circulate fast is still, for some, synonymous with individual freedom. 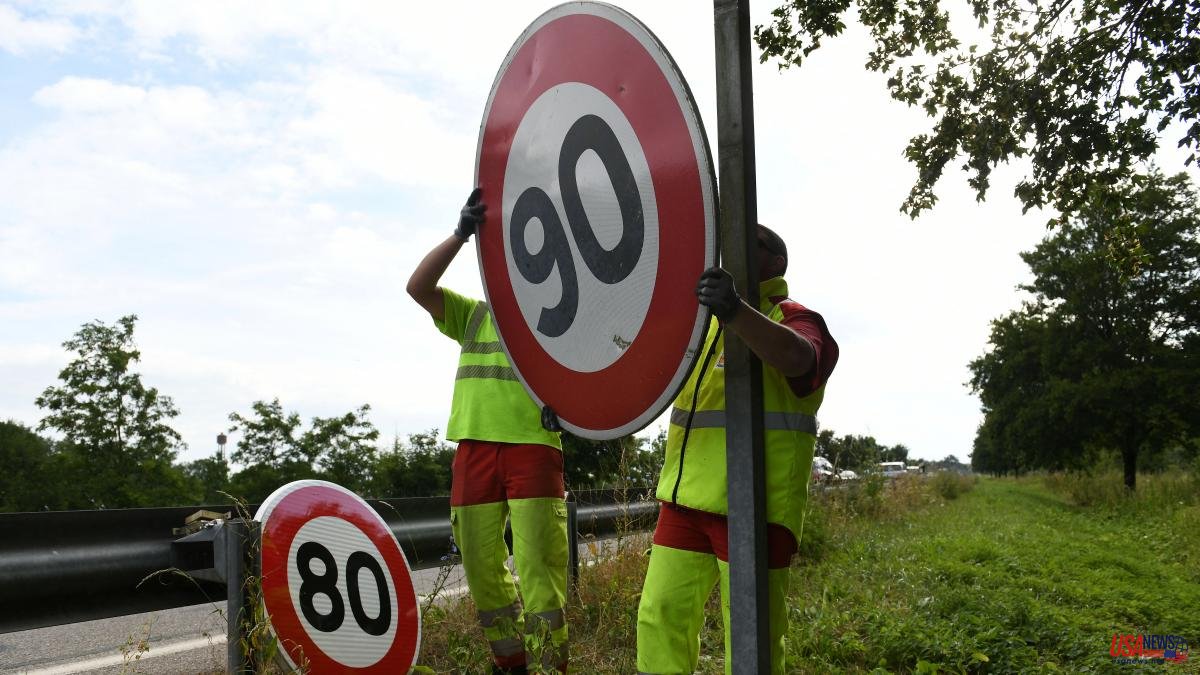 Being able to circulate fast is still, for some, synonymous with individual freedom. It does not matter that we are at the gates of an energy emergency and that all European governments take measures to promote savings. In France, however, there is the great paradox that more and more departments – equivalent to the Spanish provinces – are deciding, in the face of citizen pressure, to raise the speed limit on highways from 80 to 90 kilometers per hour. two-way, which make up most of the road network, except motorways and highways.

Many French, especially in rural areas, saw the imposition of the 80-kilometer-per-hour speed limit on departmental highways as an intolerable affront. It was decided by the first government of Emmanuel Macron and it came into force on July 1, 2018. Even then, the President of the Republic did not see it clearly. His advisers warned him that it would be an unpopular measure that would cost him votes. But the prime minister of the time, Édouard Philippe, won the fight, convinced that reducing the maximum speed by ten kilometers per hour would prevent accidents and save lives.

During the riot of the yellow vests, which began in November 2018, the speed limit was part of the memorial of grievances. The Government had not only decided to apply the ecotax for fuels –later annulled–, but also forced motorists to put their foot on the brake. For the yellow vests, very present in suburban and rural France, the limit of 80 kilometers per hour was seen as another example of the contempt that they reproach the Parisian oligarchy towards peripheral France, towards the population that lives in the provinces and in areas rural depopulated and deprived of public services. These people usually travel many kilometers in an individual vehicle for work reasons, to go shopping, to the doctor or to carry out administrative procedures. For them the price of fuel is very sensitive. Forcing them to go slower, a punishment. Far-right parties are often the most likely to take such anxieties into account and exploit them in their election campaigns.

In December 2019, the Mobility Orientation Law (LOM) was enacted, which authorized the departments to return to the 90-kilometer-per-hour limit, provided that certain conditions were met. Until yesterday, there were already 45 departments that had raised the speed limit or that have announced that they will do so shortly. Among the latter is Puy-de-Dôme, in the Massif Central, a mountainous region. There are already 53,000 kilometers of roads on which it is once again authorized to circulate at up to 90 kilometers per hour.

There are those who consider the general backtracking a mistake, even more so in the current energy situation. Environmentalists regularly introduce the need to tighten the speed limit on highways, which is usually 130 kilometers per hour, into the debate. Others are elated, including the League for the Defense of Drivers (LDC), an influential lobby that has been fighting to relax the speed limit. Its objective is "the complete and definitive withdrawal" of the 80 kilometers per hour rule throughout the national territory.

In these years, the LDC has refuted, point by point, all the initial arguments to moderate the speed. The organization questioned the scientific methods of an official study, according to which, during the validity of the limit to 80 kilometers per hour, 349 lives were saved. For the LDC, the margin of ten kilometers per hour to press the accelerator has a minimal impact on accidents and mortality, which they attribute in the first place to the consumption of alcohol or drugs, drowsiness, distractions due to the use of mobile phones, poor road conditions or weather conditions. Nor do they accept that fuel consumption is moderated significantly or noise is reduced. According to its own study, the measure taken by the Government only produced an average saving of up to 8 euros per year per motorist and lowered noise by one decibel.

The Drivers' Defense League's next crusade is to get plans to ban the manufacture of cars with heat engines by 2035. Those who like to ride fast are usually not bothered by the smell of gasoline either, a consubstantial factor of an entire culture and time.