The list of frozen assets owned by Russian oligarchs and political allies of Vladimir Putin in the wake of the Ukraine war is a good guide to the tastes and routes of the mega-rich in Europe: a cutely named yacht (Amore Vero) with seven suites, swimming pool and helicopter pad docked in La Ciotat, in Provence, mansions on the Sardinian coast, an armored Mercedes valued at 600,000 euros or super yachts that compete for different records, from the largest sailing ship in the world to the most expensive. 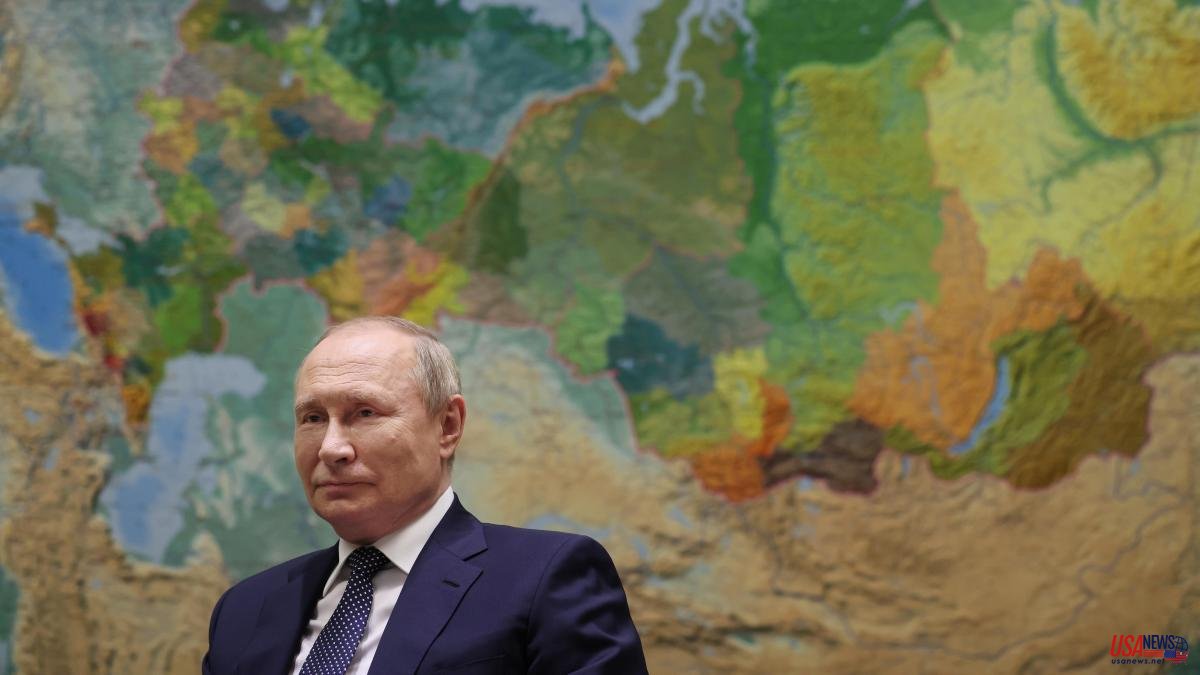 The list of frozen assets owned by Russian oligarchs and political allies of Vladimir Putin in the wake of the Ukraine war is a good guide to the tastes and routes of the mega-rich in Europe: a cutely named yacht (Amore Vero) with seven suites, swimming pool and helicopter pad docked in La Ciotat, in Provence, mansions on the Sardinian coast, an armored Mercedes valued at 600,000 euros or super yachts that compete for different records, from the largest sailing ship in the world to the most expensive.

Although since February the list of individuals and organizations punished for their ties with the Kremlin has not stopped growing to include today 1,157 people and 98 entities, news about the freezing of assets is scarce. The EU working group overseeing the sanctions met last Friday. The governments reported their progress and difficulties in identifying the real owners of the assets identified, they presented their latest data but the European Commission has still not updated the number of frozen assets.

At the beginning of April Brussels spoke of 29,500 million euros, in addition to transactions valued at 196,000 million. An internal document from that same month raises the total to 36.3 billion euros, between financial assets and properties. The bulk of the figure corresponds to reserves of the National Bank of Russia frozen by Paris, which together with Rome leads the interventions of luxury goods. The value of the assets blocked to oligarchs rises to 10,000 million euros, a figure similar to that handled by the United States, explain community sources, although Washington has immobilized 100,000 million dollars to the Russian central issuer.

The figures vary continuously, they insist in Brussels. But the truth, "is that the changes have not been dramatic for a long time," admit European sources. Due to the very nature of the goods affected, hidden behind a tangle of intermediaries and various legal structures, it is impossible to know what the potential of the sanctions is. But, "although we are on the right track, we are not where we would like to be."

In the spotlight are, among others, Alexei Mordashov, president of the Severstal conglomerate, one of the richest men in Russia, with an estimated fortune of 30,000 million dollars. Or Alisher Usmanov, with 17,600 million dollars to his credit according to Forbes, owner of the Kommersant newspaper; Chelsea's former owner, Roman Abramovic, holder of an estate valued at 12.4 billion, as well as Mikhail Fridman and Piotr Aven, co-founders of Alfa-Bank.

Although at first it was relatively easy to identify their assets in Europe, sometimes because their owners had the bad luck to have sent their boats to the workshop, as happened with the Dilbar megayacht sealed in Hamburg, valued at around 600 million dollars, the Ministries of European finances have more and more legal difficulties to apply the sanctions. It took Germany weeks to prove that the Dilbar was owned by Usmanov. In April there were several countries that had not reported any operations. Spain does not appear in the document but in March the Government reported the blockade of a yacht owned in the port of Barcelona, ​​where it was being repaired, and another in Calvià, among other operations.

Brussels does not want to point the finger at any country. "Each member state is different and has different regulations in this field, in addition to different histories and different levels of exposure to Russia," explain the sources consulted to explain the unequal contribution to sanctions, which imply the immobilization of assets and the veto to entry into community territory.

The Commission is not resigned and in May it proposed to classify non-compliance with sanctions as a crime, in addition to reinforcing the rules on recovery and confiscation of assets. Although there is talk of moving from freezing to confiscating assets and using the proceeds to pay for the reconstruction of Ukraine, the process seems arduous and uncertain.

In addition to all the members of the Duma, actors in the Russian propaganda apparatus, soldiers responsible for the operations in Bucha and Mariupol, Putin himself and Minister Sergei Lavrov, the list also includes Vladimirovna Vorontsova and Katerina Vladimirovna Tikhonova, the discreet daughters of the President. And in June the EU added the name of a woman, Alina Kabaeva. She is chairwoman of the board of directors of National Media Group but not just another executive: Kabaeva "is closely linked to President Vladimir Putin," says the official announcement. In paladin roman: she is his girlfriend.

The real objective of the sanctions against the president's allies is none other than, by limiting their movements and boycotting their lifestyle, to erode their support for Putin. In parallel, the EU applies unprecedented trade sanctions to damage the Russian economy. It is less showy than the punishment of the oligarchs but in theory more effective in curbing their war machine.