The Francos counterattack in Fotocasa

Out of fear, the people of A Coruña were forced to give Francisco Franco the Pazo de Meirás. 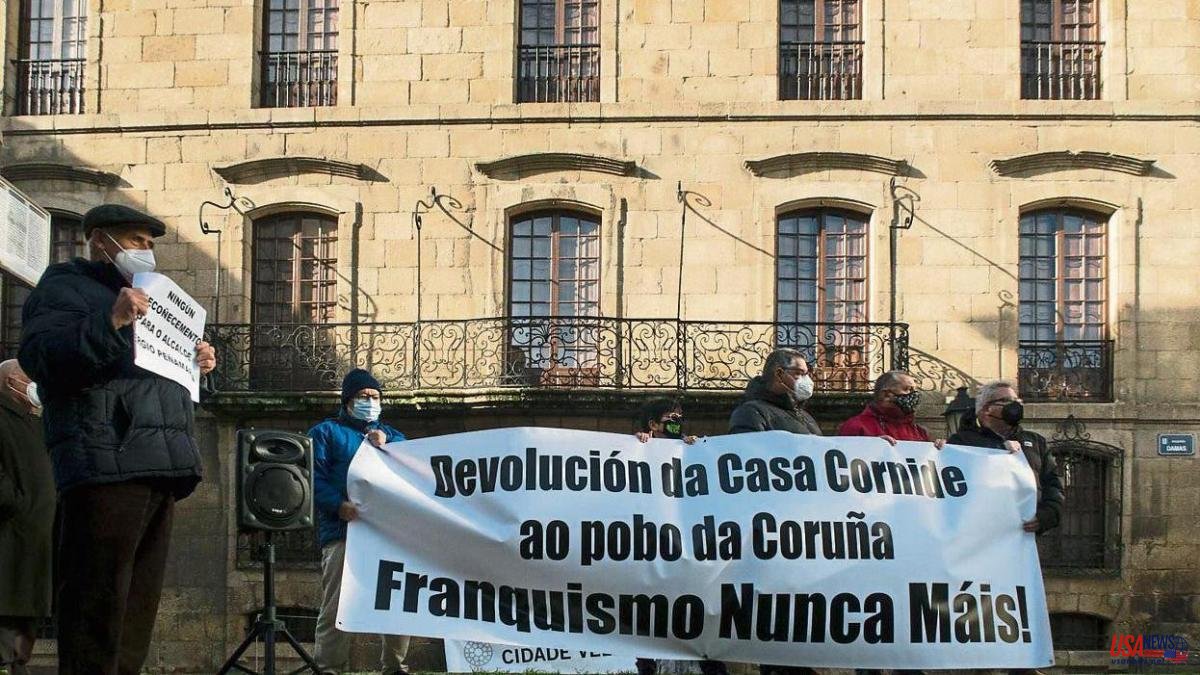 Out of fear, the people of A Coruña were forced to give Francisco Franco the Pazo de Meirás. The self-proclaimed Caudillo, as the sentence of return to the State says, took possession of it after the battle of the Ebro and before attacking Catalonia. If the grandchildren follow the military logic of the Africanist military man who had Spain made a barracks for almost 40 years, the Cornide Palace in A Coruña has been emerging as the rearguard of his Galician possessions. And now, after having lost the Pazo Meirás, pending the Supreme Court ruling, the Francos struck back this week by putting the Casa de Cornide up for sale again on the popular real estate portal Fotocasa.

It is a "magnificent palace", according to historian Paul Preston. No price is offered, but it is reported that the baroque-style building has 13 bathrooms, 11 rooms, 1,430 meters of constructed area and 287 meters of land. All this in the heart of the old city of A Coruña, in front of the collegiate church of Santa María.

The incorporation of the mansion to the dictator's family patrimony was due to the interest he had in having a residence in the city itself, his wife, Carmen Polo, popularly known as La Collares, for not paying for the jewelry she wore, which made her a the terror of the sector of a city like A Coruña, which he visited frequently.

In the book Meirás: Un pazo, un caudillo, un espolio there is a brief space about the palace of Cornide. It is interesting because this work by researchers Carlos Babío and Manuel Pérez was key in the Meirás trial.

They explain that in 1962 the mansion, which among other things had housed the town hall, belonged to the Ministry of Education. This was exchanged for some plots to the City Council, which put it up for auction. There were only two people in the bidding, the deputy head of the Movement and Pedro Barrié de la Maza, Franco's businessman friend and key in the Meirás case. Barrié was the winner for 305,000 pesetas and he immediately gave it to Carmen Polo. It is a whole complex plot that, according to Babio and Pérez, responds to the commitment not to make direct awards of public goods in favor of Franco personally, as indicated by the Treasury. They conclude that although it remains to be proven, the funds for the purchase could have come from the Casa Civil de Franco.

Right now the grandchildren could sell the mansion, with the sole right of first refusal that the Xunta has. The mayor of A Coruña, the socialist Inés Rey, announced two years ago that she would claim the property in court, for being a fraudulent sale. Faced with criticism for her delay, she charges against the Xunta, which has also not concluded the declaration of Asset of Cultural Interest, with the BNG shooting everywhere. Already almost in municipal pre-campaign.