The fourth lever and something else

He stuck out his chest for the signings made. 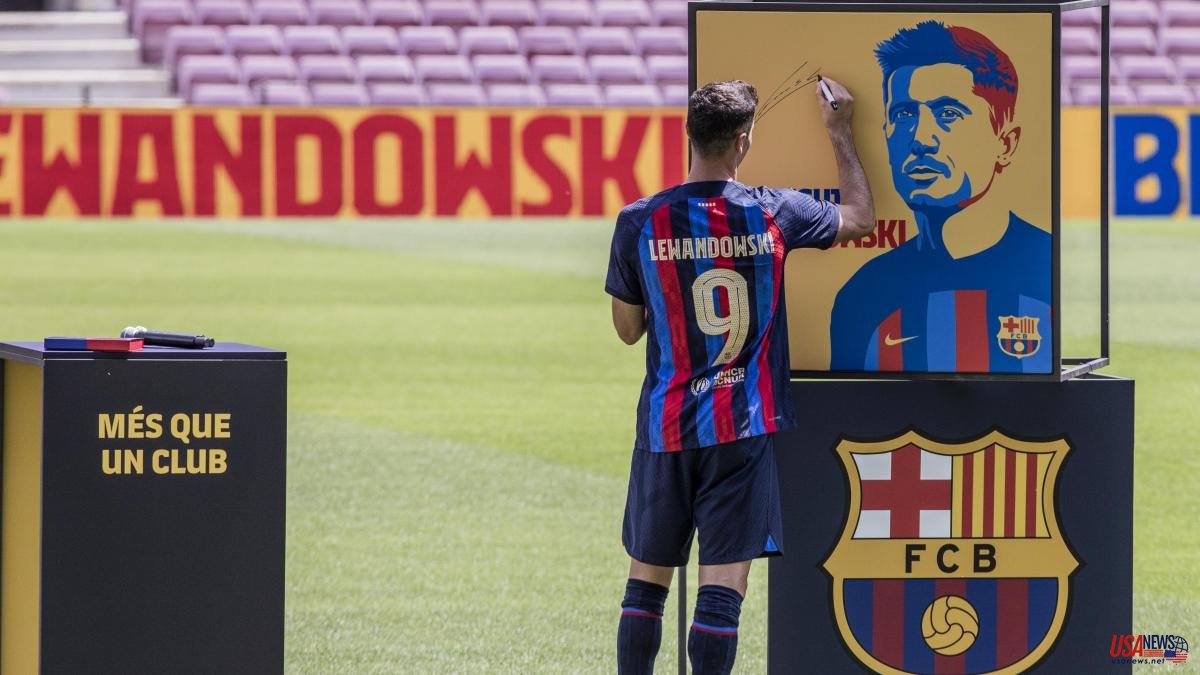 He stuck out his chest for the signings made. He congratulated himself on the management of his board of directors in recent months. He stressed that the club has left the hospital. And he was totally confident that LaLiga will give the go-ahead to Barça's operations and will end up agreeing to the registration of all the Barcelona reinforcements, as well as the renewed Sergi Roberto and Ousmane Dembélé. Joan Laporta was a cyclone yesterday, but Barcelona still has work to do so that the employer allows all its players to participate from the first day.

Barcelona understands that with the transfer of 25%, in two operations or levers, of the television rights for the next 25 years to the Sixth Street investment fund for 667 million and with the sale of 24.5% of its division audiovisual Barça Studios to the company Socios.com for 100 million already meets the registration requirements of LaLiga. But the body chaired by Javier Tebas maintains that with the three activated levers it is not enough and that the club will have to resort to a fourth and something else so that everything is in order before August 13 in which the team starts the championship.

Barça does not see it that way (it understands that LaLiga is judge and party) but since the employers are the ones that have to give the placet, the board of directors approved on Tuesday to sell another 24.5% of Barça Studios for 100 million more. In this sense, the club is negotiating with three companies (one of them Socios.com) and, except for a Copernican twist, it will have to formalize this agreement to carry out the inscriptions. Although that may not be enough either and you have to combine it with the departures of footballers and/or with salary reductions. He has already met with Busquets and Piqué so that they agree to charge less and expects the same, or a transfer, from Frenkie de Jong.

Laporta believes that everything will work out. “We have worked to enroll the players, we have worked hard and well to meet the requirements. If it is necessary to carry out another operation, we will do it, but we have presented the documentation. It is a decision of LaLiga, we are confident in being able to register them”, said the president.

Laporta applauded the efforts of his board. “We have carried out these two months operations for 868 million euros (the president counted here what the club extracts from the fourth lever, the other 24.5% from Barça Studios, already approved but not activated). We have a healthy balance sheet and the income statement as well. We have made a great effort. I am very satisfied with how the entity has been worked to clean up and have the necessary fair play to register all the players. We have sold some assets but with a controlled risk”, he elaborated.

Laporta's joy contrasted with his sadness a year ago when he had to announce the goodbye of Lionel Messi. “It was an unwanted situation but we are turning a very difficult situation around. We are getting healthier and we have left the hospital”. According to Laporta, the club is on the path to recovery. "That's why he has seen me so happy, because I am, like the Catalans." Always positive, and waiting for more signings, like Marco Alonso.