The four horsemen of sound art 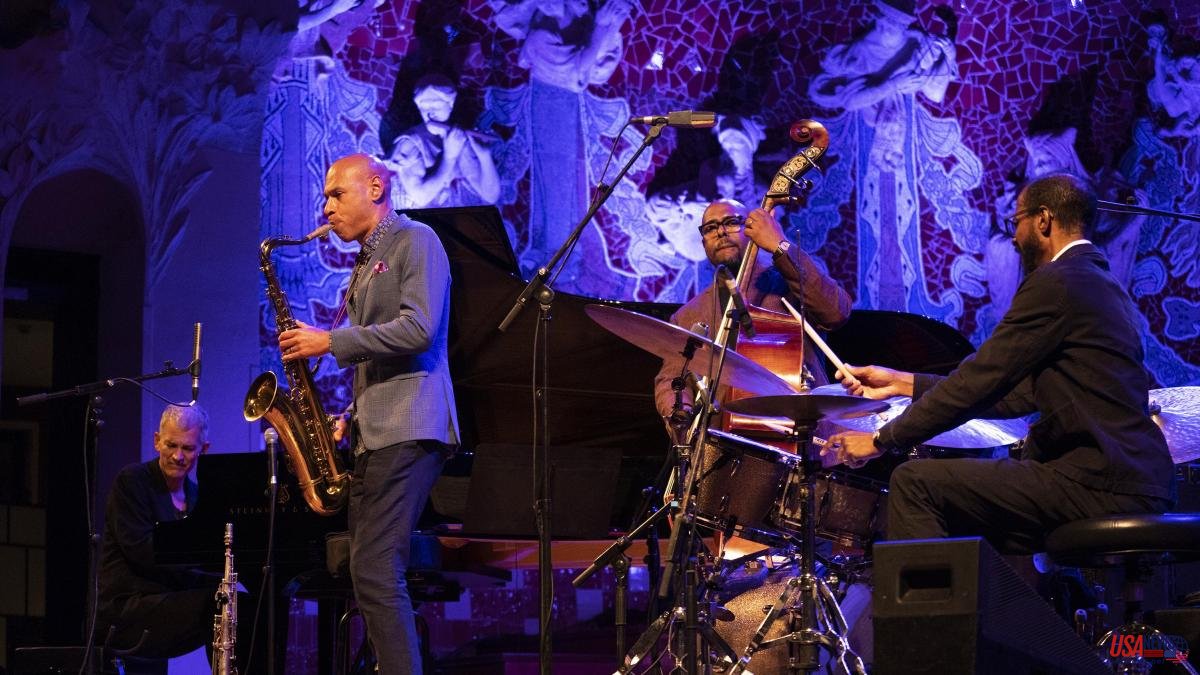 Big musical night at the Palau de la Música, said without hints of exaggeration. Music without additives or qualifiers modern, light, classical or popular type, but with capital letters, both for the raw material that could be heard and for the masterful simplicity of its performers. The fans who filled the modernist Palau knew very well what he was going for, because those who gathered on stage today possibly form one of the best jazz quartets on a planetary scale.

Better understanding the fluid communicative magic that connects sax player Joshua Redman, pianist Brad Mehldau, drummer Brian Blade and double bass player Christian McBride, a poker of musicians whose greatest merit is making a high-carat art affordable. His presence yesterday had aroused a logical expectation, because it is possibly the biggest headliner of the current edition of the Barcelona International Jazz Festival –which has quite a few this year– to which must be added the surprising fact that it was of the first time they played together in the capital as a quartet, and that years have passed since they began to record and play together as Joshua Redman's band in the mid-nineties of the last century. And on top of that, the artistic director of the festival, Joan Anton Cararach, emphasized the exceptional nature of the evening, insinuating that it could be the last time they could be seen in this format. Lucky those present.

That current link with those years can already be sensed in the very name of the tour that has brought them closer, A Moodswing Reunion, in direct allusion to the title of the album that gave birth to that original Redman quartet in 1994. Now they have substantially more experience and craft , and also raw material, such as the couple of albums they have released in the last two years: the 2020 RoundAgain, and the very recent Long gone , made up of songs from the previous sessions.

In any case, superlative things, when they really are, are characterized by a disarming and apparent simplicity. And that is exactly what these four horsemen of the sonorous goldsmith transmitted from the moment they made an appearance, seven minutes later than expected, that is, at half past eight in the afternoon.

And what they transmitted from that moment came to be like a plot line that started precisely with one of the cuts of that already distant MoodSwing, a long introduction that also served to offer a few solos except for the drummer Blade. Time is suspended when the art is, and that was what happened for the rest of the evening (superb Mehldau in Undertow, incredible Redman in the closing theme before the encores), where they brought to life, above all, their own songs.

At the end of the second cut, Redman – who led the evening in general, while Mehldau was almost impossible to see smile – introduced his companions and praised left and right. And he remembered that “this is the first place where I played the first time I came to Europe”. Well, come back many more times.