Aid of up to 150,000 euros for industrial SMEs that apply the four-day work week will force them to do so for at least two years, in permanent workers and without a salary cut. 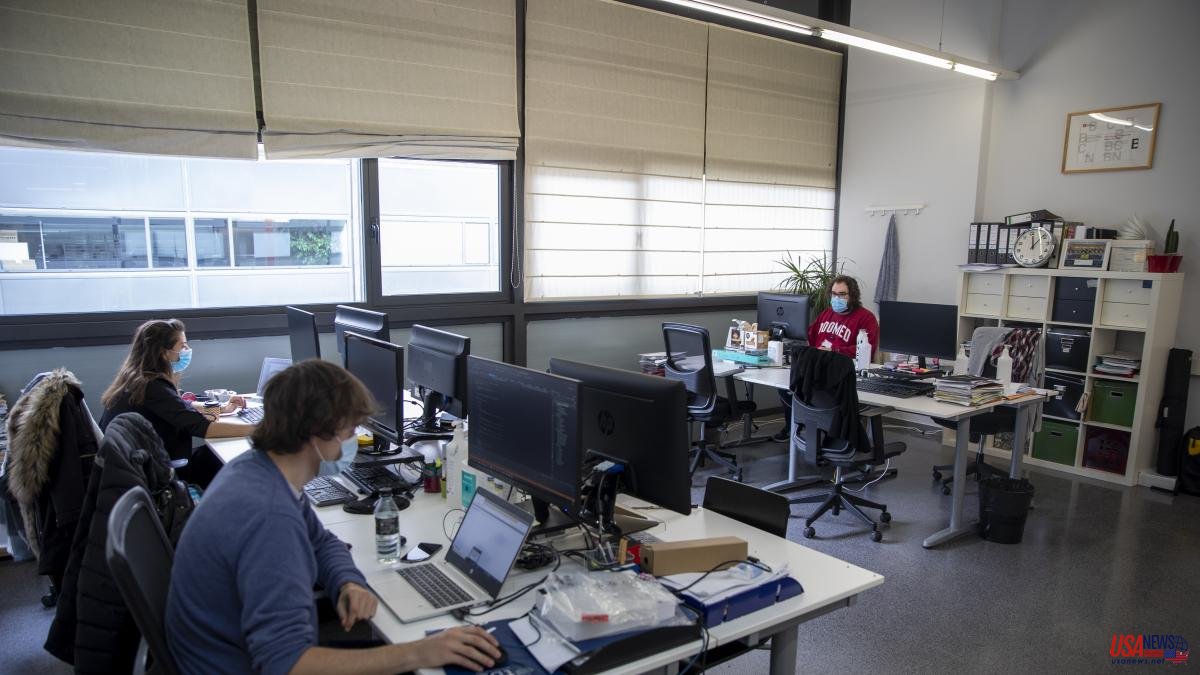 Aid of up to 150,000 euros for industrial SMEs that apply the four-day work week will force them to do so for at least two years, in permanent workers and without a salary cut. This is stated in the requirements included in the order published this Friday in the BOE on the experimental plan of the Ministry of Industry, Commerce and Tourism.

There are 10 million euros in aid for the development of the program, for which the companies will compete according to a points mechanism established by Industry, in which the effort in reducing hours will be valued. The aid will be for industrial SMEs outside the public sector.

The ministerial order does not necessarily establish the reduction of the working week to four days, but activates the aid based on a commitment to reduce the time spent by at least 10% for a number of workers determined according to the size of the company. It will range between at least 30% of employees in companies with up to 20 workers and 25% in workplaces with between 21 and 249 people.

The percentages are calculated based on the total workforce, counting discontinuous permanent, part-time and fixed-term contracts. It is also specified that the number of women participating in the project will have to respond to the percentage of gender distribution existing in the entire indefinite full-time workforce, allowing a deviation of 10%. That weight may be exceeded, but never be less.

The plan will only affect workers with an indefinite full-time contract. For them, the order establishes that the reduction in working hours "will in no case affect salary remuneration" that corresponds to 100% of the working day.

Among the requirements of the pilot projects is that the reduction has been agreed between the unions and the company prior to the request for aid. If there is no representation in the company, an agreement must be reached with the most representative trade union organizations in the sector.

The call will open at the beginning of next year and will be defined in competitive competition. Industrial SMEs, or industrial services, with a minimum seniority in this business of three years, and must have their main operating center of work in Spain.

Sources from the Ministry of Industry indicate that the objective is to activate the call as soon as possible so that the aid begins to be available at the beginning of next year. For this, an electronic processing procedure has been enabled.

Once these pilot projects are promoted, temporary direct aid is foreseen for the costs assumed by the company due to the reduction in working hours, as well as for the costs of implementing new organizational, auditing and training formulas that, in the medium term, generate an increase in productivity.

The aid will not cover the entire project, but will be equivalent to percentages between 75% and 90% of the reduction in working hours plan established by each company.

The Minister of Industry, Commerce and Tourism, Reyes Maroto, has encouraged SMEs to apply for aid to test "how the reduction in working hours works from the point of view of the productivity of the workers who are going to benefit from the measure ”.

In statements to journalists in Mexico, Maroto affirmed that the plan is a pilot, experimental, and that if its results "are very positive" the Government will study giving it more scope and expanding it to more sectors.