The formula of the Barça to register to Lewandowski

“After the tour of the United States with Barça, I will return to say a good goodbye to Bayern,” Robert Lewandowski told Sky Sports. 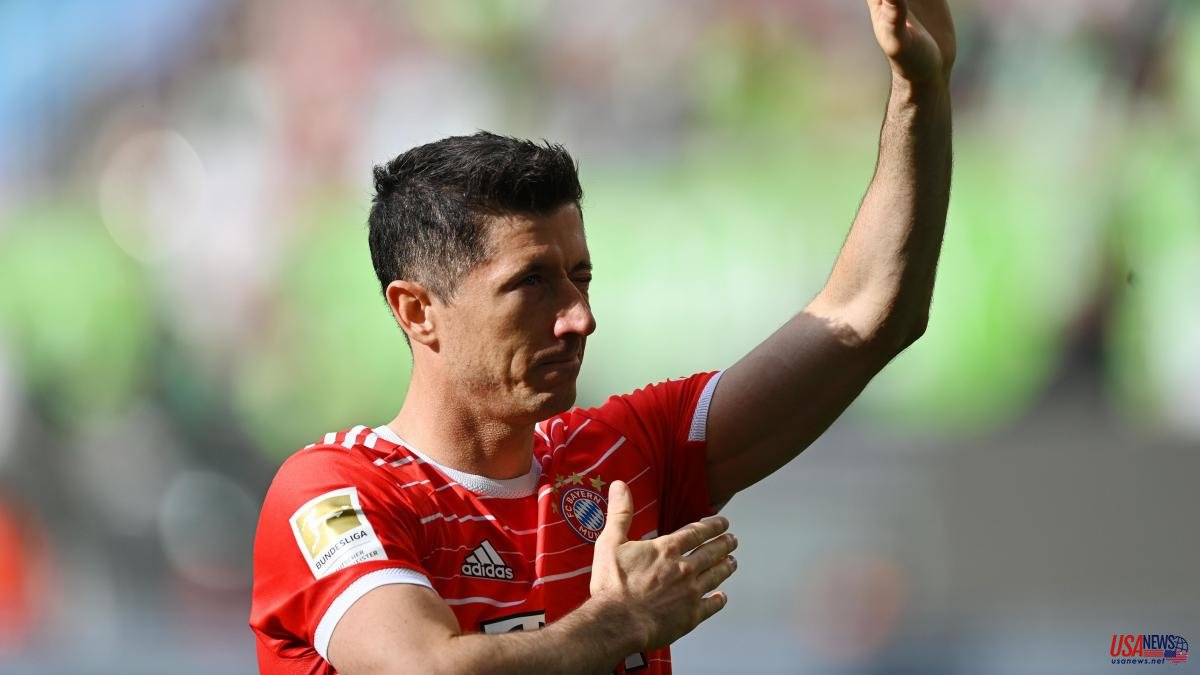 “After the tour of the United States with Barça, I will return to say a good goodbye to Bayern,” Robert Lewandowski told Sky Sports. The Polish striker woke up yesterday knowing that Barça had reached an agreement with the German club at midnight on Friday to sign him for 45 million euros plus another five in variables. Lewandowski, who will turn 34 on August 21, will sign for the next four years, which will take him to be a Blaugrana until 2026 shortly before his 38th birthday. In the afternoon, the Blaugrana club confirmed the agreement officially pending only a medical review and the signing of the contract in a brief statement without figures.

The club hopes to close the second economic operation early next week with the sale of the remaining 15 percent of the television rights to Sixth Street, which will allow it to benefit from the 1/1 rule. In addition, he must promote the exit operation to comply with the financial fair play and register the Pole and the other three signings: Christiansen, Kessie, Raphinha in addition to Dembélé and Sergi Roberto.

Lewandowski lived an emotional day yesterday. At 8:30 a.m. he arrived on time at the Bayern sports city. He collected his things and at ten o'clock he completed the last training session with his teammates, whom he hugged. "It's been eight special years and I'm not going to forget that," said the Pole. Later, at the presentation of the squad to the German fans at the Allianz Arena, Bayern president Herbert Hainer explained the decision. "We have an agreement. It's good for everyone. Robert has won it all with us and we are very grateful to him,” he said.

The negotiation was not easy. Barça, who wanted to prevent Lewandowski from traveling to the United States on tour with Bayern on Monday, intensified negotiations on Friday. The club ruled out paying the fixed 50 million requested by the Germans for Lewandowski, a proven scorer who won the last The Best award but who had one year left on his contract. Finally the pact was closed for 45 million plus five in variables. The most expensive transfer in history for the Germans. "It's a very sensible offer for us," explained Bayern general manager Oliver Kahn to his fans, justifying his change of position with "holding on to something because of excessive stubbornness or because of one's own ego is a sign of weakness for my. You have to think what's best for the club."

Lewandowski will fly to Miami today to join the tour and Barça plans to present him on his return at the Camp Nou. But for the player to make his debut in an official match, more things will have to happen. As of today, Barça, with the wage bill skyrocketing, cannot register either the Pole or Kessie, Christensen, Dembélé and Raphinha, nor Sergi Roberto. It will have to promote the exit operation in addition to activating the economic lever of the sale of 15 percent of the television rights. The club hopes to close this second economic operation early next week, which will allow it to take advantage of the 1/1 rule. This means that for every euro released by a footballer, one can be invested in a transfer.

Leading the list of transferable for economic reasons is Frenkie de Jong, who would lighten some 40 million. The club pressures him to accept Manchester United's offer. With his departure they would enroll Kessie, Sergi Roberto and Christensen. It will be necessary to close the exits of the discarded Umtiti, Riqui Puig, Neto, Mingueza and Braithwaite and sell to players with a market like Memphis to be able to register Lewandowski, Dembélé and Raphinha in addition to the possible signings of Marcos Alonso, Azpilicueta and Koundé.