The head of the Investigating Court number 2 of Ceuta has agreed to continue the procedures of the abbreviated procedure to bring to trial for an alleged crime of continued prevarication against the former Government delegate, Salvadora Mateos, and the First Vice President of the regional Executive, Mabel Deu. 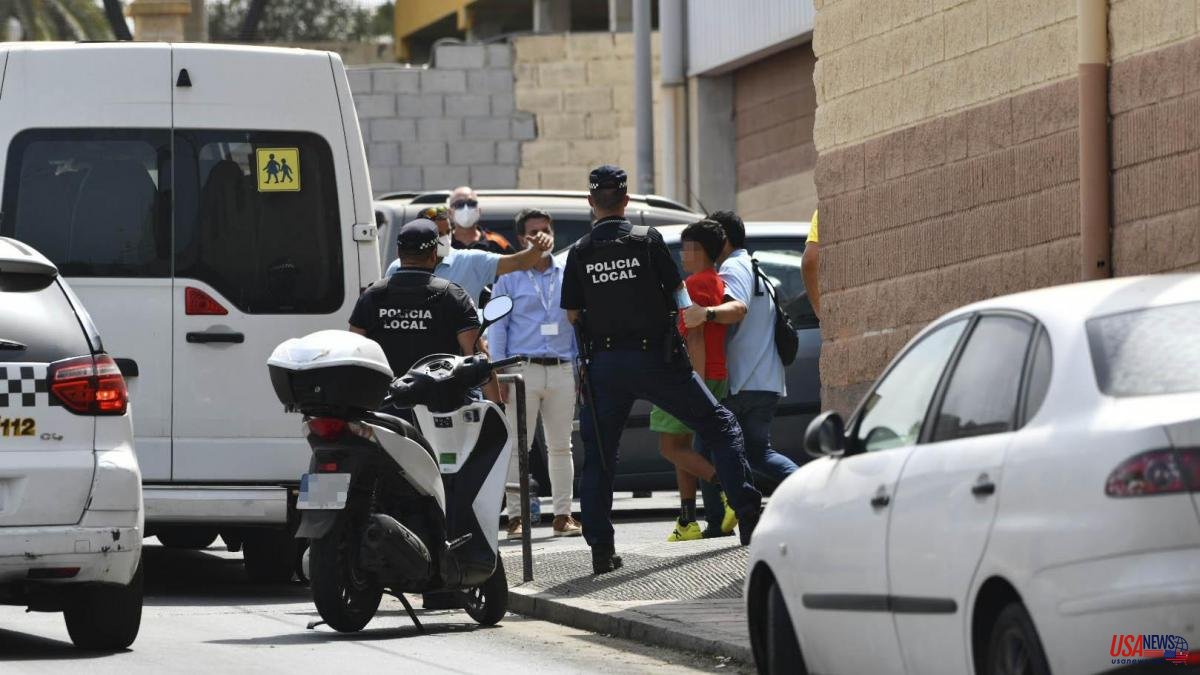 The head of the Investigating Court number 2 of Ceuta has agreed to continue the procedures of the abbreviated procedure to bring to trial for an alleged crime of continued prevarication against the former Government delegate, Salvadora Mateos, and the First Vice President of the regional Executive, Mabel Deu.

Both ignored in August 2021 in a "rude" way as a material author and a necessary cooperator, respectively, to adhere to the provisions of the Immigration Law to return to their country 55 unaccompanied migrant Moroccan minors "whose vulnerability results from that condition".

The judge has given ten days to the Prosecutor's Office and the accusations - there are two popular personas and several children could also exercise the particular - to formulate an indictment requesting the opening of an oral trial or the dismissal of the case, notwithstanding that They can request the practice of complementary procedures that they consider essential to formulate an accusation.

According to the order communicated this Friday by the magistrate to the parties, the former delegate was administratively competent to carry out the procedures related to the repatriation of unaccompanied migrant children and "absolutely dispensed with the established procedure, taking advantage of the availability that the Moroccan authorities exceptionally showed to receive " to at least part of the minors who had irregularly accessed the Spanish town in May of last year.

Deu, who resigned from the powers of Minors last July, "was in agreement" with the other investigated "in proceeding to deliver the minors under her custody to Morocco, knowingly dispensing with any procedure and the dictation of the mandatory individualized resolution in accordance with the national and international legality of protection of the rights of minors".

The behavior of Mateos and the vice president of the Government of Ceuta has already been disapproved in the first and second instance by way of Administrative Litigation. The L'Escola association denounced their action through criminal proceedings and the Autonomous City Prosecutor's Office opened investigative proceedings that led to an investigation after which it has been found that "they acted in agreement with flagrant and gross violation" of the regulations in this regard and "knowing the illegality of the action, pursuing with his arbitrary decision to collectively repatriate migrant minors without observing or respecting their rights.

The two investigated "disregarded the prohibition of collective repatriations, they dispensed with the administrative procedure at all, especially the hearing of the minor, their right to legal assistance and an interpreter, they dispensed with the prior hearing process of the Public Prosecutor and the duty of issue a reasoned resolution in which the interest of the minor is considered, also violating the right to appeal against the repatriation decision, because what happened is that it went directly to the execution phase, which was the purpose pursued".

The judge adds that, "since the Monitoring Committee referred to in article 6 of the Spanish-Moroccan Agreement of 2007 was not constituted, there is a lack of official information on the situation and measures adopted with each of the minors affected, ignoring whether in fact have returned with their families or who has taken care of them in each case, having produced in some cases the new surreptitious access to our country of minors", citing the specific case of three of them, although there are at least six deportees who have managed to return to Spanish territory.

"With their arbitrary proceeding, the investigated women made an absolute abandonment of the duty to protect the affected minors that the legislation attributed to them in their respective jurisdictions, putting their physical and moral integrity at risk, causing a materially unfair result, without any justification for it. , not even the exceptional situation", since "they have not even proven that, given Morocco's availability to receive the minors, mechanisms were arbitrated to speed up the legal procedures", asserted the magistrate.

In addition to the two defendants, the judge has heard during the investigation of the case the head of the Ceuta Minors Area who repeatedly alerted that national and international regulations were being violated, an inspector of the National Police, a State lawyer, the general secretary of the Delegation and two of the returned children who have managed to return to Ceuta. Among the witnesses that she has rejected are those of the Minister of the Interior, Fernando Grande Marlaska; the Secretary of State for Security, Rafael Pérez; and the president of the City, Juan Vivas (PP).