The forgotten creators of the generation of 27 return to Madrid

The last image of the exhibition is devastating. 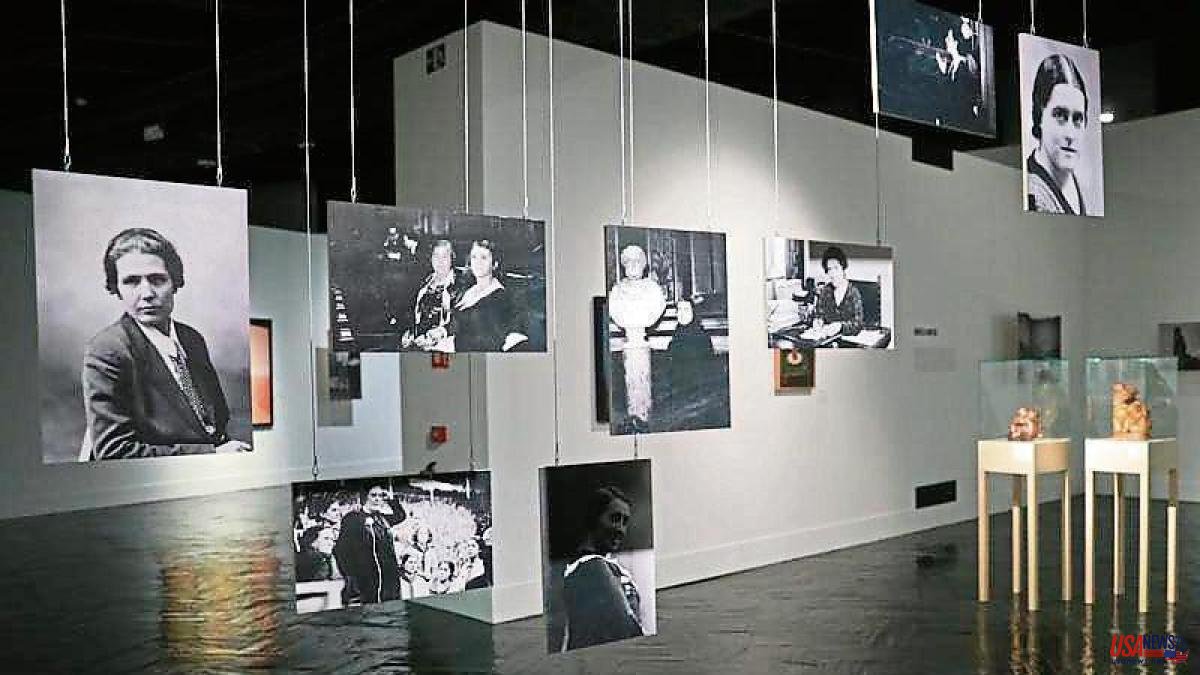 The last image of the exhibition is devastating. A display case shows the books with which Spanish schoolboys used to study until a few decades ago. In one of them, the page of the generation of 27 is presided over by a large photo full of men: Alberti, Lorca, Jorge Guillén, Bergamín, Dámaso Alonso, Gerardo Diego. And many more. Not even a woman, despite the fact that 1927 is the first generation in which the universities have finally opened up to them –in 1910– and massively display her talent. Luckily, next door, a 2021 school book already dedicates a page to the women of the generation of 27, with a photo of the actress Margarida Xirgu and mentions of the narrator María Teresa León, the poets Carmen Conde and Ernestina de Champourcín, the screenwriter Concha Méndez...

The exhibition, entitled Las Sinsombrero, brings together many others, from the best known – such as the painters Maruja Mallo and Ángeles Santos, the philosopher María Zambrano and the writer Rosa Chacel – to creators whose names were incredibly relegated, such as the powerful painters Delhy Tejero , Norah Borges and Ruth Velázquez, the poster designers Manuela Ballester and Juana Francisca Rubio or the costume designer Victorina Durán, whose designs are decades ahead of fluid gender.

The Simsombrero, so titled because Maruja Mallo, Margarita Manso, Dalí and Lorca decided one day in Madrid in the 1920s to walk around the Puerta del Sol without a hat and were reviled -“One day it occurred to us that Federico, Dalí, Margarita Manso and I took off our hats because we said that it seemed that we were congesting ideas, and crossing the Puerta del Sol they stoned us calling us everything”, recalls the great painter in the initial video of the exhibition, presents until January 15 in the Fernán Gómez Center in Madrid 400 works –with a special weight of painting and sculpture– by dozens of creators of the generation of 27 who testify that these women were the protagonists of their time.

Curated by Tània Balló. which has been investigating the trajectories of these creators for more than a decade and which points out that "the exhibition aims to rewrite history and include these women not only for legitimacy and justice but also for historical accuracy", the exhibition -presided over at all times by the anthem April 14, composed by Adela Anaya for the Republic and directed by herself at Las Ventas in a massive act whose images are projected on a loop– is also that of the rise and fall of a country's dream.

It starts with a wall full of the university cards of numerous students from the twenties, goes through the files of the numerous photographers authorized by the Ministry of State during the civil war and, near the end of the tour, another wall exhibits dozens of cards of exile for so many of those women who had to leave after the war and the triumph of Francoism.

In between, poetry, philosophy, theatre, painting and surprises such as the rude, strong and multiracial sculptures of Marga Gil Roësset, acclaimed at the time and who committed suicide at the age of only 24 after destroying much of her work and handing over her personal diary to Juan Ramón Jimenez.