Bailaora Karime Amaya is making the Rambla con Sangre Poliorama Theater her own this week, a show with music by her brother Tati in which you can listen to an unpublished interview with her great-aunt, La Capitana, talking about flamenco dance and “ blood” and “family”. 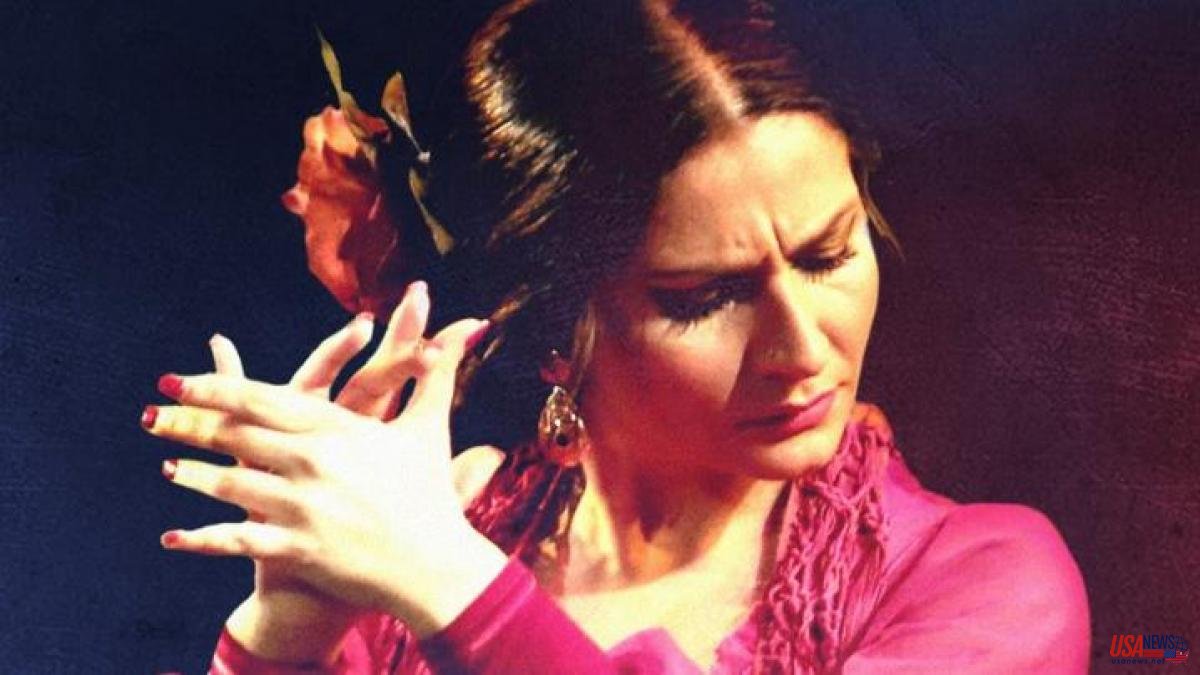 Bailaora Karime Amaya is making the Rambla con Sangre Poliorama Theater her own this week, a show with music by her brother Tati in which you can listen to an unpublished interview with her great-aunt, La Capitana, talking about flamenco dance and “ blood” and “family”. Carmen Amaya's great-niece finally starts to create her first show of her own.

She and her brother pick up the witness of their ancestor, the mythical and incomparable flamenco born in 1918 in Somorrostro and founder of this Barcelona saga. They grew up in Mexico, in D.F., but Spain was always very present. Karime came with 18. Shortly after she was followed by Tati, guitarist and composer. None of them got to know the legendary bailaora and cantaora, who died in 1963, at the age of 50, but they did meet her three sisters, one of whom was her mother's mother.

"I've been told that I physically look like her... from the face," confesses Karime. "And there is a painting by a great dancer friend of mine, José Maldonado, who painted it and gave it to me. And everyone who comes in and sees it She thinks it's me. As for the dance, they tell me that the sound of the feet is similar to hers... Crystalline, clean, strong, with a lot of nuance. Fast".

It was not in vain that flamenco was breathed in her house all day, "from the moment you woke up until you went to bed", the artist explained to La Vanguardia on the occasion of her performance at the Poliorama. "I have seen the dance since I was very little. In Mexico it is well seen and it is very well received, and since my house is a school, I have grown up in an environment in which there were many people wanting to learn the culture of flamenco".

The school in Mexico was inaugurated by Carmen's two sisters, "and now my mother runs it," explains Karime. And the spirit of La Capitana arguably hangs in the air... "Regardless of the character and the immensity of her art, it's indisputable that we are family. And if you see my mother, you're amazed at the physical resemblance."

"It is true that my family is clearly a matriarchy, it is marked by the strength of women, that we take the baton and that we carry out our houses. And that was the spirit that she had. Carmen was like that, and that somehow transmitted from generation to generation. It will be our fate, but all the women in my house have that responsibility, that energy," she admits.

And how does that translate into art?

"Art is our way of surviving. We don't know how to do anything other than art. And I suppose there is a very peculiar language when it comes to bringing it to the stage. A personal stamp... I always say that when I see someone dance, I catch a bit of the essence of the person. Because in the end that essence has to be transmitted when we go on stage. And it is a dance of strength, of saying 'here I am', and very clear in our way of seeing art".

Karime is the first to warn that the Carmen Amaya phenomenon will never be repeated. "She's not going to do it, neither her family nor anyone else: you have to be very aware that there's not going to be another bailaora in the world like her. There's not going to be anything like that character". But what there is, she assures her, is a commitment to doing things right. "She was an unrepeatable genius, but she traced the path. And there is the commitment transmitted to me by my grandmother or my great-aunt and my mother, all of them bailaoras"

The women of her family told her everything they had lived through, from poverty to having all the abundance. She told him the experiences and anecdotes of all her trips... "They traveled halfway around the world." "Carmen had a very peculiar way of seeing art and dance, very natural. And at the same time very wild, because she was self-taught. It was something that she carried inside. Her sisters had that concept of dance. That art... and I have learned from them. It has been passed down from generation to generation. And we haven't tried to imitate it either, it's simply how you live it"

Karime made the leap to the national and international scene thanks to the Trío Amaya, a flamenco group that she formed with her aunt, La Faraona, and her cousin, María Amaya. With them she carried out a tour of Europe and Latin America. Currently, she is going through a moment of fulfillment, having done her first job together with her brother, with whom she had been wanting to work for some time.

She had spent years focused on the tablao, and wanted to tackle a more theatrical concept. "I need to create and surround myself with people who create. That is very complicated. There are many people who play very well, who dance very well, but they don't believe... they make the art of other artists. And I needed that: to be in a moment of creation, to dance what I have created".

Sangre is a joint creation with his brother, "who composes wonderfully and I identify with him a lot". De Tati assures that he has matured his touch, that he has made himself, "just like me", and that when they arrived in Spain they each followed a different path, so that this supposes a reunion at a time of greater maturity.

"I think that each artist has his own way of seeing things. And I respect them all. To taste, the colors. But as far as I am concerned... I have a way of seeing flamenco that is neither abstract nor contemporary... it is current flamenco carried to the theater, to a choreography. In the tablao we have always seen a dance, another dance, there is no choreography or care that everything is clean from one number to another, the transitions... And on the other hand, today everything is so abstract that's hard to understand... you see them throwing themselves on the floor and thousands of other things... I've got it all from flamenco".

Sangre is part of the productions by Daniela Eventi and Specttacoli, within the framework of the Gran Gala Flamenco cycle that runs until this Sunday, September 18 at the Poliorama. The assembly could return in the last fortnight of October, depending on the tour dates abroad.