The Plenary Session of Congress celebrates this Thursday the second debate on the end of sedition in a week. 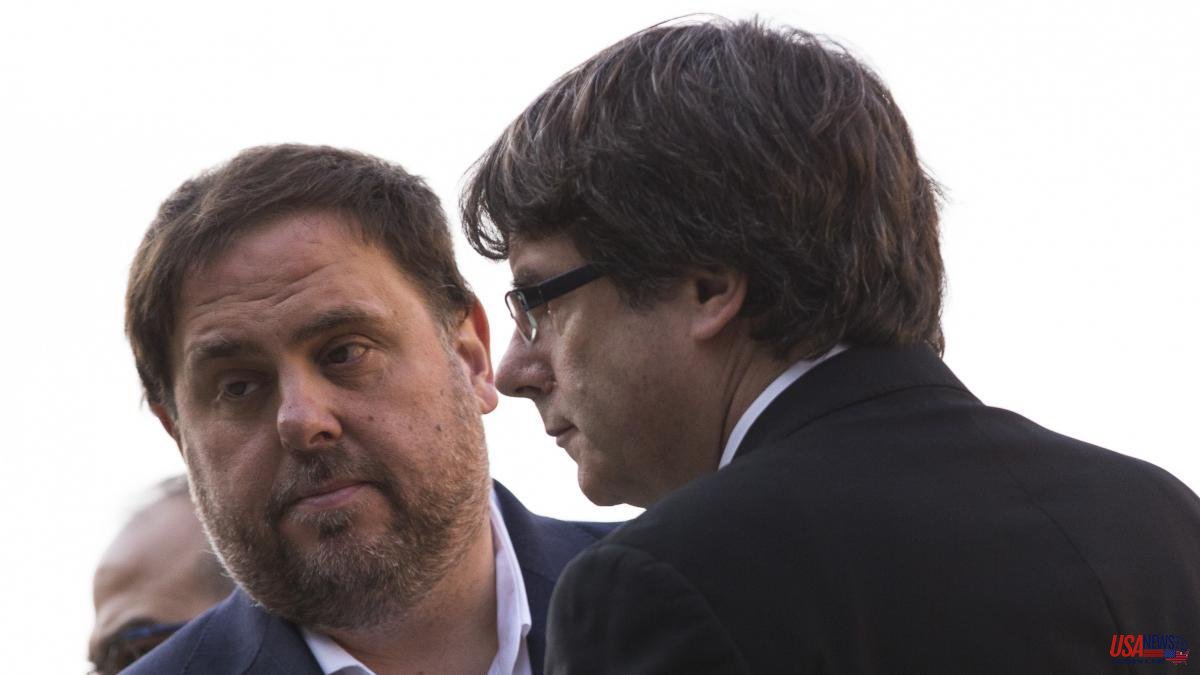 The Plenary Session of Congress celebrates this Thursday the second debate on the end of sedition in a week. If last Thursday a new plenary session had to be convened to discuss the consideration of the PSOE and United Podemos bill to put an end to this crime, it has done the same to discuss the five amendments registered by PP, Vox , Ciudadanos, Junts and the CUP so that the proposal of the two parties that make up the Government are replaced by the texts proposed by each of these five parties. What will be discussed, voted on and everything indicates that it will be rejected in plenary this afternoon will be the five alternative texts to the proposal of the government groups.

Specifically, the PP's proposal is to leave the penalties currently provided for sedition the same; Punish authorities or public officials who call illegal elections or referendums with up to five years in prison. The amendment also provides for punishing with a prison sentence of one to three years and absolute disqualification for a period of between one and three years greater than the duration of the sentence of deprivation of liberty to the authority or public official who, without calling those elections or queries, facilitates or promotes them.

For its part, Vox is committed to aggravating the penalties established for the crime of sedition and even introducing a "more severe punishment" for cases in which the crime is committed by a government body, whether state or regional, for "treason against the homeland". ". "As long as there is a government determined to betray Spain, Vox will defend the homeland so that the Spanish of the future receive a better legacy," the spokesman, Iván Espinosa de los Monteros, proclaimed at a press conference.

On behalf of Ciudadanos, Edmundo Bal explained that his alternative text also seeks to raise the penalties in the event that the events of 2017 were repeated, since his idea is that those episodes can now fit into the crime of rebellion, which is more aggravated. And he also adds the impossibility of the prescription running when one leaves the Spanish justice system, in reference to Carles Puigdemont and the rest of the ex-ministers on the run.

The total amendment of Junts bets just the opposite, since it calls for implementing a "stricter" regulation of the crime of rebellion to explicitly limit it to uprisings with the use of weapons and for going a step further than the "complete and without counterparts” of the crime of sedition demanding the cancellation of the sentences imposed and of all the processes that are still open to independentist politicians.

Finally, the CUP presents another complete amendment with an alternative text, which, in addition to suppressing the crime of sedition, eliminates the PSOE and Podemos proposal to aggravate the crime of public disorder and seeks to repeal the entire Citizen Security Law with a stroke of the pen. of 2015.

The PSOE and Unidas Podemos bill to put an end to the crime for which the leaders of the procés were convicted was taken into consideration by the Plenary Session of Congress around one in the morning last Friday and as soon as it was finished, the Board of the Congress to set its calendar.

With the opposition of the PP and Vox, the majority made up of PSOE and Unidas Podemos in the governing body of the Chamber decided that the term for full amendments with alternative text would end this Tuesday, that is, a margin of only a couple of minutes was given. days, instead of the 15 days of an ordinary law or the seven of a law with the urgent procedure.

That was what the Board of Spokespersons approved this Tuesday and what led the general secretary of the PP, Cuca Gamarra, to denounce that the government groups and their partners once again opted for "night shifts" for the processing of the initiative.

After the debate on these alternative texts, which will be voted on separately, the forecast is that the period for presenting partial amendments, where it will be seen if any group asks to add the modification of the crime of embezzlement, will end on December 9.

All this following the road map of the coalition government so that the end of the crime of secession, which supported the sentences of the leaders of the independence process of 2017, is approved before the end of the year and can be in force as soon as possible.