Next October, filming will begin on the first of the three major international productions at the Ciudad de la Luz film studios, scheduled for the third quarter of 2022. 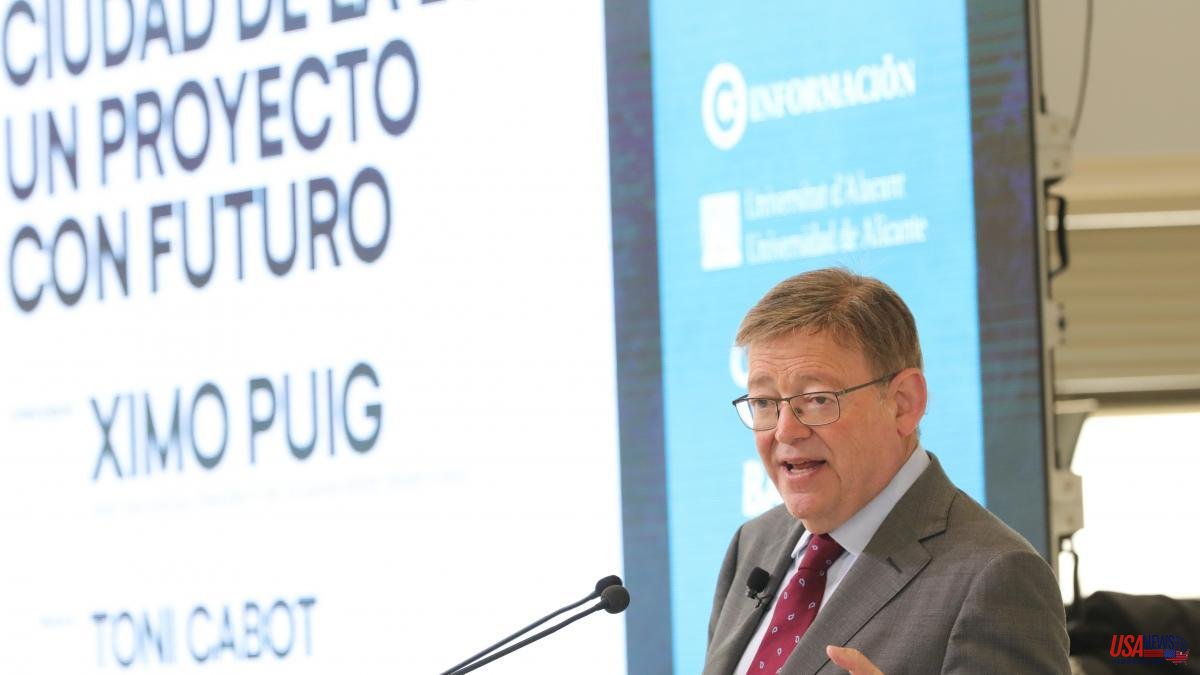 Next October, filming will begin on the first of the three major international productions at the Ciudad de la Luz film studios, scheduled for the third quarter of 2022. This was announced this Tuesday by the President of the Generalitat, Ximo Puig, which has evidenced the commitment (strategic and economic) of the Valencian Government to recover this space.

The head of the Consell explained that the filming of the other two productions will begin in November and January, and that the complex is expected to be "at 100% of its capacity" in the first quarter of 2023. Everything, he pointed out, with the objective of turning Ciudad de la Luz into the "main film studio in Spain and one of the most important in Europe".

Puig made these statements during the Alicante Forum colloquium on 'City of Light: a project with a future', organized by the Information Club, which was also attended by the Vice President and Minister for Equality and Inclusive Policies, Aitana Mas, and the Minister of Innovation, Universities, Science and Digital Society, Josefina Bueno.

The President of the Generalitat has been convinced that the market surveys carried out confirm that there is a demand to achieve this objective, and has assessed the current situation as "a good time for audiovisual" after the pandemic, since "there is demand, possibilities and business.

In the same way, he has assured that this activity will be compatible with small national and local productions, because as he has indicated, "we have a moral debt with the Valencian audiovisual sector after these years of sanction".

For this, the Valencian Government will get wet. Puig has indicated that 2.5 million will be invested in the coming months to adapt the infrastructure and, specifically, renovate its water tank, since it constitutes one of the unique elements of the studies that, according to what he has advanced, will be ready in november. It is about the famous water tank where, J.A. Bayona shot The Impossible.

Given that the facilities are currently occupied by Ukrainian refugees, the head of the Consell indicated that an agreement has been reached with the Government of Spain to seek alternative spaces.

With the intention that Ciudad de la Luz be "a means to stimulate the economy and the territory", Puig has announced that a mapping of SMEs and freelancers from companies auxiliary to film production has begun to find out their "capabilities and needs" with trades linked to cinema and audiovisual, as well as a new FP center, specialized in audiovisual, which is being planned to have good professionals in the sector.

Finally, the president has advanced that an investment of 25 million euros is contemplated for the expansion of Ciudad de la Luz, to adapt the 90,000 square meters available for construction to the needs that may arise and take advantage of future opportunities.

Likewise, during his speech at the colloquium, he assured that the Consell has raised the possibility of offering tax incentives to stimulate production in these studios, following the guidelines established in community regulations.