They say in Onil, Alicante, that on the night of January 5, the Three Wise Men stay to sleep in the town to work "tirelessly". 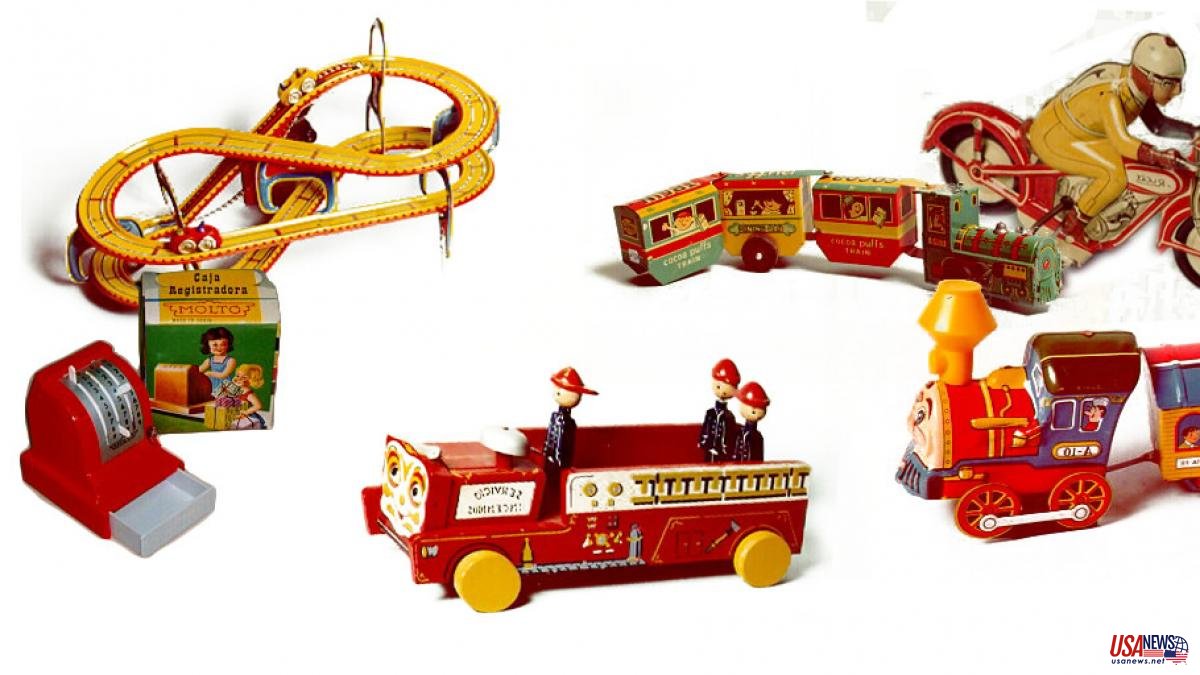 They say in Onil, Alicante, that on the night of January 5, the Three Wise Men stay to sleep in the town to work "tirelessly". For this reason, the next morning, the boys and girls of the town await them at the gates of the Museu de la Nina to celebrate with them that magical day of gifts and nostalgia in equal parts.

If Onil weaves a whole narrative around the toy store, it is no coincidence, since the town is the headquarters of fifty doll factories and 23 of these are own brands of local businessmen. The importance of the toy industry is undeniable in the town and this is explained to the many visitors who pass through its premises every year, especially at Christmas time. 80% of the dolls that fill the shelves and aisles of department stores these days of consumer madness are made in this municipality of Alicante which, together with Ibi, make up the so-called Toy Valley.

More than 1,000 dolls -some dating back to 1850- are exhibited in this museum, one of the six in the entire Valencian Community dedicated to toys in any of its forms. Here is the first handmade doll in all of Spain, made of clay and manufactured in Onil in 1877, but also old "Nancy" or "Barriguitas" and a Playmobil exhibition equipped with more than a thousand pieces. The town has one of the five Playmobil factories in the world.

The donation of the toy makers in the area made this museum possible, as well as the business impulse behind the Museu Valencià del Joguet in Ibi. It began to take shape in 1986 with the creation of a Foundation made up of the Ibi City Council, the Payá Cooperative, the Generalitat Valenciana and the then Alicante and Murcia Savings Bank and since November 2013 it has been located in the old Payá factory.

In Dénia there is also another stop on this toy route. Its Museu dels Joguets has a permanent exhibition of toys made in Dénia from the beginning of the 20th century to the 1960s: metal toys and, above all, wood, characterize the production of the time that creates fleets of cars and pedal planes and other devices with wheels, even sailing boats, cars, trucks that reproduce large land transport, wooden kitchens, sets of bolts or rings.

The museum technician Jaume Salort explains that the museum focuses "essentially on local productions from Dénia and on the unknown industry that existed here." Everything lies in the commitment, from scratch, of the German Fecher brothers, merchants who saw in 1904 the possibility of establishing their warehouses in Dénia as there would be labor to produce tin toys and export them to Europe.

Among its relics, Salort collects, the most notable is the collection of pedal cars from the twenties and thirties and wooden pieces with Disney images, because the first company that had a commercial license from the firm was in Dénia.

To this museum offer in Alicante, well linked to the toy industry, is added that of Valencia, which adds two spaces with a different proposal in each of them. The first is L'Iber, Museum of Tin Soldiers, which brings together some 95,000 pieces on display, and which are part of the private collection that the businessman Álvaro Noguera Giménez came to gather while he was alive. The space hosts cultural activities, courses or exhibitions in a palatial building in the central Cavallers de València street.

The other toy offer in the city is at the Polytechnic University of Valencia, exhibited in showcases placed in the corridors of the Design Engineering School. The UPV Toy Museum has the second largest collection in Spain, after the one housed by the Museu del Joguet de Catalunya, located in Figueres, according to its director, Gabriel Songel. Its exhibited pieces (1,500 out of a total of 2,500) also serve, explains its manager, to train engineers, who live with them on a day-to-day basis -it is easy to see them taking photos in the corridors, explains its director- and even they do restoration practices with them.

The museum has a Design Documentation Center with more than 6,000 toy catalogs that "connect the past with the present of the toy sector. The project arose three decades ago when collectors made their first donation to the UPV; the last one occurred about four years ago when the collector Eustaquio Castellano signed the transfer of all his pieces to the museum.

Currently, school groups, associations or individuals interested in the treasures it houses visit it, and “what is most striking is the collection of tricycles, since we have a good variety; also the large toys, vehicles and planes, which were made in Dénia, and the giant dollhouse, which reproduced a house in the Eixample of Valencia and which was made to order in the first half of the 20th century ”, he details.

Finally, in Almassora, Castellón, there is a sixth museum space, an enclosure that was created in 2010 with 1,100 pieces and temporary exhibitions that are renewed annually in order to be able to exhibit the entire collection of old toys from the Arenós and Agut family. . The origins of the collection go back to the end of the Civil War, when Joaquín Arenós Andrés decided to incorporate the distribution and sale of the first toys in his establishment, a hardware store. Years later, his son, Joaquín Arenós Beltrán, and his wife, Margarita Agut Clausell, continued with the business.

Who visits a toy museum? is the question we have been asking all the sources. They all explain that there are adults and children who walk through its halls on organized visits, but the greatest enjoyment is always for the former, who discover the memories of their childhood in the showcases. "There is a lot of 'I had one of those', we hear it a lot on visits," explains Jaume Salort, who says that the museum helps visitors evoke the times when they were little.

Many families go to the Museu de la Nina d'Onil and many doll collectors who “come to see what we have. But above all, many older people visit us who come to remember their childhood, it is one of the comments that people usually make, that this helps them to remember their life ”, they explain. Because there is a lot of memory on the morning of Three Kings, whether the sandals are deserted as Miguel Hernández wrote in that poem or filled with abundance, often unnecessary.