The first day of the Ryanair strike could affect up to 73,000 passengers in Spain

Ryanair cabin crew begin their six-day strike today to demand that the low-cost company comply with the application of basic labor rights and court rulings. 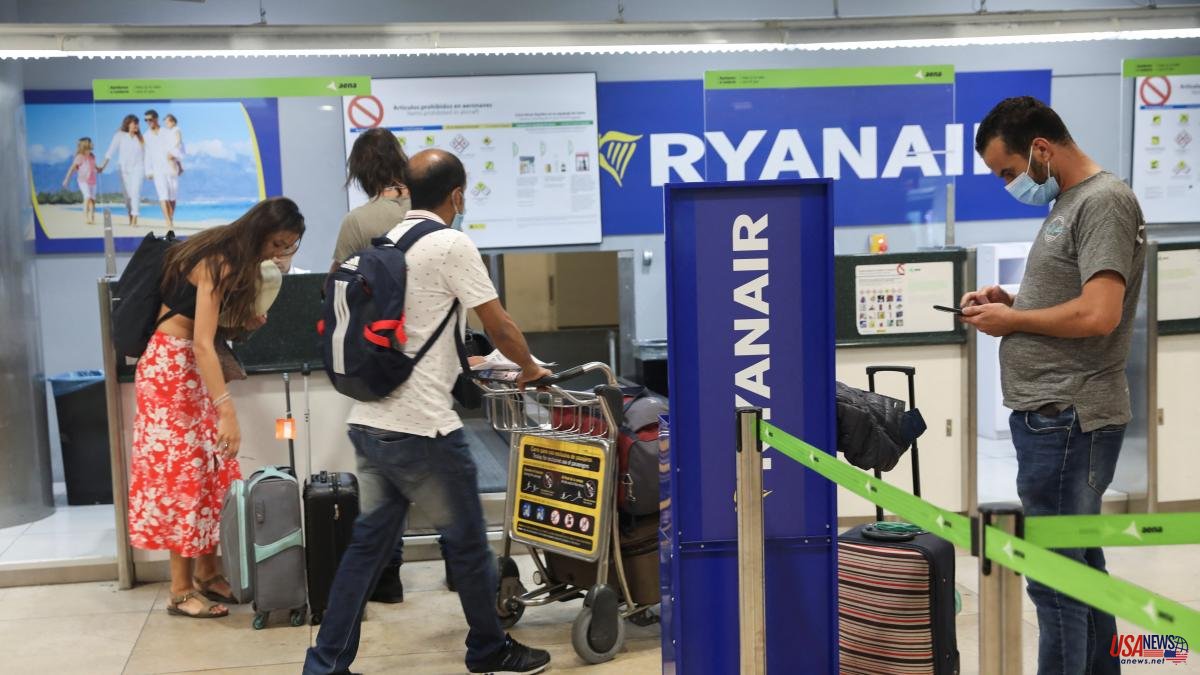 Ryanair cabin crew begin their six-day strike today to demand that the low-cost company comply with the application of basic labor rights and court rulings. They want to close a collective agreement and decent working conditions for the entire workforce, according to the convening unions. These protests imply that today in Spain some 73,200 passengers suffer the consequences. The figure is expected to rise to 440,000 in the six days as a whole.

The strike that begins today will continue on July 25, 26 and 30 and July 1 and 2. The USO and Sitcpla unions have summoned the 1,890 TCP belonging to Ryanair and the Crewlink and Workforce recruitment agencies from the ten Spanish bases: Madrid, Malaga, Barcelona, ​​Alicante, Seville, Palma de Mallorca, Valencia, Girona, Santiago de Compostela and Ibiza.

During the strike period, there are 2,649 scheduled flights, with some 440 daily movements, offering more than 500,000 seats in the ten airports mentioned.

Before the start of the strike, the Organization of Consumers and Users (OCU) has recalled that affected travelers, in addition to their right to reimbursement of the price of the ticket -which must be made within a maximum period of seven days-, can claim compensation additional depending on the distance and the offer or not of an alternative flight.

The first three days of the protest will coincide with new strike calls at Ryanair in Belgium, Portugal, France and Italy, with which, in total, 2,700 airline crew members are called to stop in five countries.

The strike thus becomes a European mobilization, confirming that "the company acts in the same way inside and outside of Spain: without applying the labor legislation of each country, without executing the judicial sentences, looking for unions without representation that endorse precarious conditions for their crews and employing coercion and fear in the management of their personnel," according to USO.

The Belgian unions ACV PULS and CNE and the Portuguese SNPVAC have joined the Spanish and have called Ryanair crew members to strike in those countries on June 24, 25 and 26.

USO has reported yesterday, Thursday, that Ryanair has decided to cancel all flights operated by Belgium, since there are no minimum services there and the company knows that they would go on strike, 18 of them with Spain on June 24 and 25 (9 each day) .

In France, the SNPNC union has called a strike on June 25 and 26, while, from Italy, UILTRASPORTI and FILT-CGIL have done so on June 25.

The Ministry of Transport, Mobility and Urban Agenda has set minimum services that range from 73% to 82% on domestic flights to or from the islands, and from 53% to 58% on peninsular flights whose travel time on public transport is longer to 5 hours and international.

As for peninsular national flights whose travel time on public transport is less than 5 hours, which are only scheduled during strike days in Barcelona, ​​the minimum services are 36%.

For USO, the minimum services established are "totally abusive", despite two previous court rulings against them due to previous strikes by Ryanair's TCPs in Spain.

In the opinion of the general secretary of USO at Ryanair, Lidia Arasanz, the minimum services "clearly" violate the right to strike of the company's workers.

The union has also denounced that, until now, Ryanair "has not sent a single letter to a single worker to inform him that the flight he has to operate is a minimum service", after being asked yesterday for the list of protected flights, of workers assigned to them and of crew members designated for standbys (guard).