There is already a date marked on the calendar for the first classic of the season. 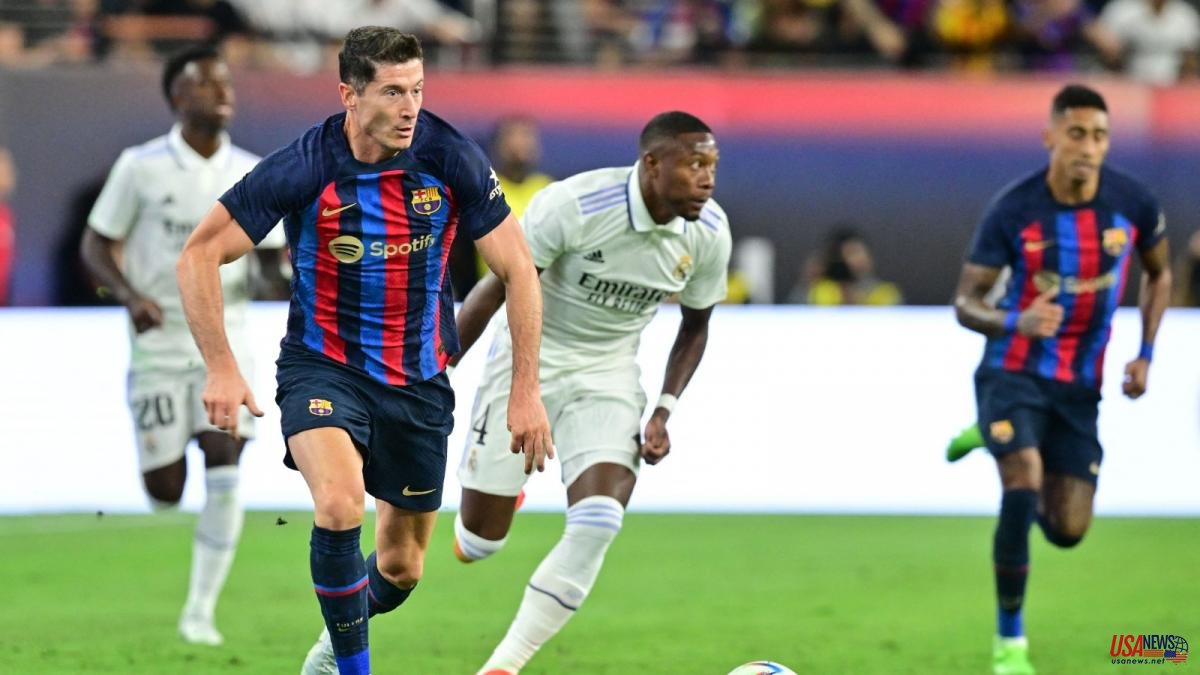 There is already a date marked on the calendar for the first classic of the season. The first Real Madrid-Barcelona match of the season will be played on October 16, starting at 4:15 p.m., at the Santiago Bernabeu. It will be coinciding with matchday 8 of the Santander League and in the midst of the fight for the leadership that the Madrid team now occupies with a two-point advantage over the Catalans.

The time slot chosen (4:15 p.m.) on this occasion is designed to be seen by the largest possible audience, allowing it to be seen both by the Spanish public, as well as by viewers from the United States, South America and even part of Asia. The duel can be seen on DAZN.

This is the first official classic, since Real Madrid and Barcelona already faced each other in the summer during the American pre-season tour. A clash that took place in Las Vegas before 72,000 spectators who filled the stands of Allegiant Stadium. The match had the azulgranas as winners, displaying better football and sealing the victory thanks to a solitary goal from Raphina in the 25th minute of the match.

The last official precedent also had a Catalan accent. A 0-4 that ended a streak of five losses for Barça against Real Madrid. A brace from Aubameyang and goals from Ferran Torres and Araújo sealed a victory that only served to boost the morale of the Barça dressing room, as the league would end up being lifted by their eternal rival.

In recent years, Real Madrid had become a black beast for Barça. Up to six classics without knowing the victory had accumulated the Catalan team, which conceded five defeats and a draw against the whites. A disastrous streak that was broken last season with this 0-4 and that was confirmed again in the summer in Las Vegas.

Xavi Hernández will not be able to count on a decisive Ronald Araújo to stop Vinícius on a roll. The Uruguayan defender will decide in the next few hours if he has surgery or if he opts for a more conservative treatment to treat his injury to the thigh of his right leg.

It is not the only problem in defense for the Terrassa coach who does not know if he will be able to count on Jules Koundé, injured in the biceps femoris with the French team. The club hopes that it will arrive on time, but it will have to wait. Until then, Barça only has three central defenders: Eric García, Gerard Piqué and Christensen.

Until the long-awaited classic, two league games and another two in the Champions League will be played. Real Madrid will receive Osasuna and visit Getafe, while Barça will first travel to Mallorca to later host Celta at the Camp Nou. In Europe, Ancelotti's men face Shakhtar, a more accessible rival, on paper, than that of the Catalans, who face Inter Milan.