The Fed meets expectations and raises rates 0.75 points for the third time

The escalation of the Federal Reserve's (Fed) battle to combat inflation continues with another rate hike of 0. 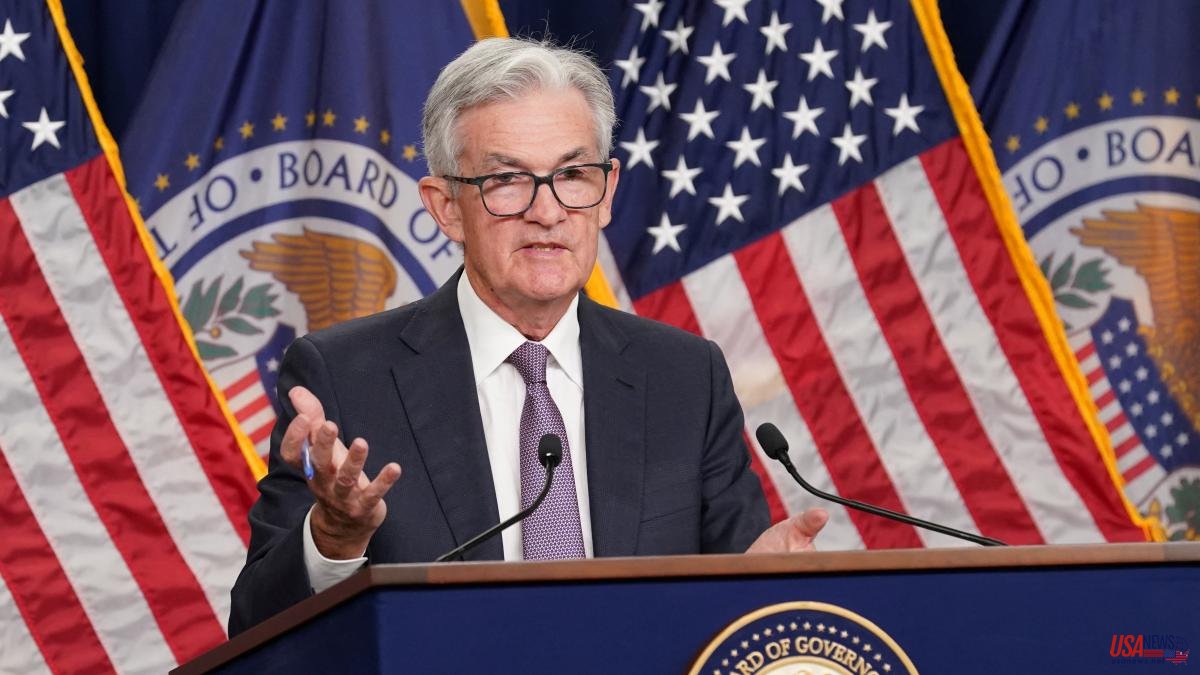 The escalation of the Federal Reserve's (Fed) battle to combat inflation continues with another rate hike of 0.75%. This is a clear statement that price gouging has become a complex issue. The falcons prevail.

Prior to this two-day meeting of the US central bank, which ended on Wednesday, there was a conviction among experts that the increase in the cost of money would deepen.

Since March, when Fed Chairman Jerome Powell acknowledged that inflation was more systemic than they thought, the Fed has risen a total of three points. This week's is the third consecutive measurement of 0.75% and the forecast is that the rise will reach 4.5% in 2023 before it manages to tame inflation. According to these bets, in the two meetings that still remain this 2022 it would increase at least another 1.25% in total.

The Dow Jones, which was already suffering a negative week, lost more than a hundred points as soon as this movement was known.

The new price, which is in the range of 3-3.25%, is the highest since the beginning of 2008, in the midst of the incubation of the financial crisis that brought the world to the brink of bankruptcy.

“At some point we will lower the rate increase,” Powell said at the subsequent press conference. But he recalled that this policy has to be maintained for a period of time to restore price stability. “We will continue until this goal is achieved,” he added.

These increases in rates should bring with them a cooling of the growth of the economy, analysts maintain. In fact, the update of the Reserve's forecasts already establish this trend, a clear recognition of the costs associated with this policy.

As for inflation, which was at 8.3% in the real data for August, at the highest parameters recorded in four decades, it would remain at 5.4%, even higher than the previous forecast (5.2 %), which for some caused them to consider the significance of the increase in interest rates. That percentage is still far from the 2% that the Fed sets itself, as Powell recalled. "We want to see clear evidence that we are going to 2%," he stressed about the extension of this policy.

In this omen it is indicated that unemployment will close 2022 at 2.8% (by 3.7% in June), while 4.4% (by 3.9%) is projected, also confirming that combating the increase in It is necessary to slow down the cruising speed of the labor market.

Inflation remains elevated, reflecting pandemic-related supply and demand imbalances, high food and energy prices, and broader price pressure. The war caused by Russia with the invasion of Ukraine, with the consequent cost of human lives, has also added serious complications to the economy.

That all the governors gave their unanimous support to these sharp increases was interpreted as evidence that the rise in interest rates will continue.

"The great challenge," Powell noted, "is restoring prices with a soft landing," which means avoiding a recession. For now, Powell insisted that the economy has slowed compared to 2021, especially in real estate, although the labor market remains strong. Thing that, for the experts, is negative from the inflationary vision.