The fascinating interregnum of 2013

The period lived in Rome between February 11 and March 13, 2013 was unusual – and fascinating. 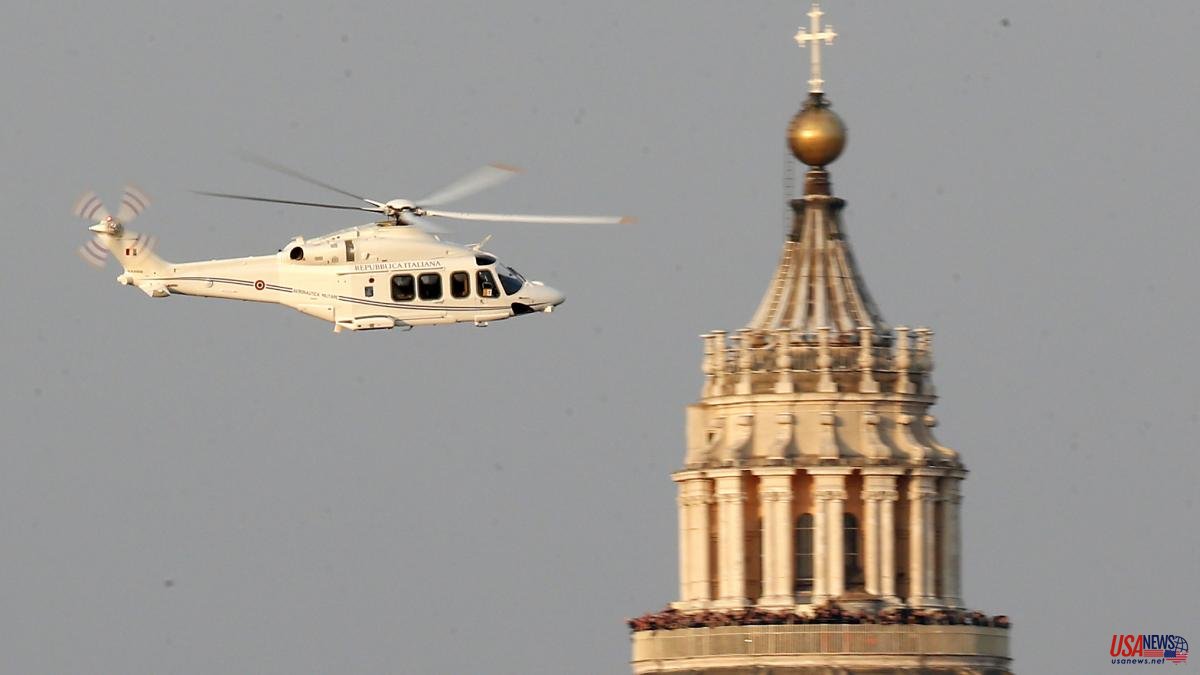 The period lived in Rome between February 11 and March 13, 2013 was unusual – and fascinating. It had been almost 600 years since a pontiff had resigned. Gregory XII did it, in 1415, but in a very different world. The printing press had not been invented. Before Joseph Ratzinger's unexpected gesture, the papacy was considered a lifelong institution, because of its sacred aura. The conservative Benedict XVI made a revolutionary decision.

The Vatican became the focus of the global village for five exciting weeks. It was an incomparable journalistic story, a vein of news and mystery, speculation, expectations and geopolitical analysis, color and ancestral liturgies. The replacement of a living pope who opted for retirement eclipsed the campaign of the Italian general elections, which were held on February 24 and 25 and saw the emergence of the 5 Star Movement (M5E). Conjunctural politics, however interesting it was, could not compete with an event of millenary importance.

Benedict XVI, a traditionalist to the end, communicated his decision to the cardinals in Latin, during a routine ceremony to decide three canonizations, so its impact was not immediate. Few journalists understood it. “I have come to the certainty that, due to my advanced age, I no longer have the strength to adequately exercise the Petrine ministry,” he said. Ratzinger did not forget to add that he had acted “in full freedom”. It was necessary to point it out because the last times of his pontificate had been very difficult. Not only his delicate health and his almost 86 years advised him to resign. He was emotionally worn out by the successive scandals, such as pedophilia, financial irregularities and internecine intrigues such as the Vatileaks case, in which his private butler, Paolo Gabriele, who stole documents from him, was the mere executing arm of a larger plot. large.

The transition until the effective resignation, which materialized at 8:00 p.m. on February 28, and the election of a new pope in the conclave was a difficult stage to manage, unexplored terrain. It was necessary to decide what the resigning pope would be called in the future, where he would live and what clothing he would wear. Every detail counted. A balance had to be struck between tradition and the inevitable adaptation to novelty. It was decided to call him Pope emeritus, he would continue to wear a white habit and would reside in an old convent on the Vatican grounds.

The spokesman for the Holy See, the Jesuit Father Federico Lombardi, rose to the informative challenge. Almost daily he had to deal with journalists from all over the planet eager for news. The veteran Lombardi acted with skill, finesse and irony. He used his cottony language, but never superficial or banal. More than ever, you had to read between the lines. Lombardi tried to communicate in the most elegant way possible what he knew, what he simply intuited and what he did not know. Experts often appeared to expand information. Those memorable press conferences were lessons in history, canon law and Catholic rites.

There was an episode, however, that put Lombardi in trouble and revealed the dysfunctions of the Holy See in the epilogue of Benedict XVI's pontificate. It was a few days after the resignation of Benedict XVI. During a press conference, the spokesman announced the replacement at the helm of the Institute of Works for Religion (IOR) (the Vatican bank), the epicenter of shady financial dealings. Lombardi said the IOR's new president, German aristocrat and businessman Ernst von Freyberg, had been chosen after an exhaustive selection. During the same press conference, he revealed that Von Freyberg was going to make his position at the IOR compatible with the presidency that he held at a shipyard company, Blohm

And February 28 arrived, a day unparalleled in two thousand years of Catholicism. Pedro's chair was going to become vacant at a predetermined time and with live transmission on international channels. From the media point of view, it provided very evocative prints and cinematographic aesthetics. After going up to the Vatican heliport in his enormous black Mercedes head of state - a class of vehicles that Francis has suppressed - Benedict XVI flew in a white helicopter to Castel Gandolfo. The bells in the city's churches rang while the device flew over the Tiber, the Colosseum and the Via Appia Antica. The sun was setting, leaving a spectacular twilight over the Roman hills. Hours earlier, Ratzinger had promised the cardinals his "unconditional reverence and obedience to his successor" from him. Upon arriving at the Castel Gandolfo residence, a place that he loved so much and that Francis has preferred not to use, he leaned out on the balcony and addressed a few words to the people, his last as pope, in a farewell tone that today takes on all its meaning. : "I am simply a pilgrim who begins the last stage of his pilgrimage on this earth."