The fall of Boris Johnson... and ours

Almost all political careers end in failure, but Boris Johnson was the prime minister toppled for his scandalous behaviour, and that should worry us. 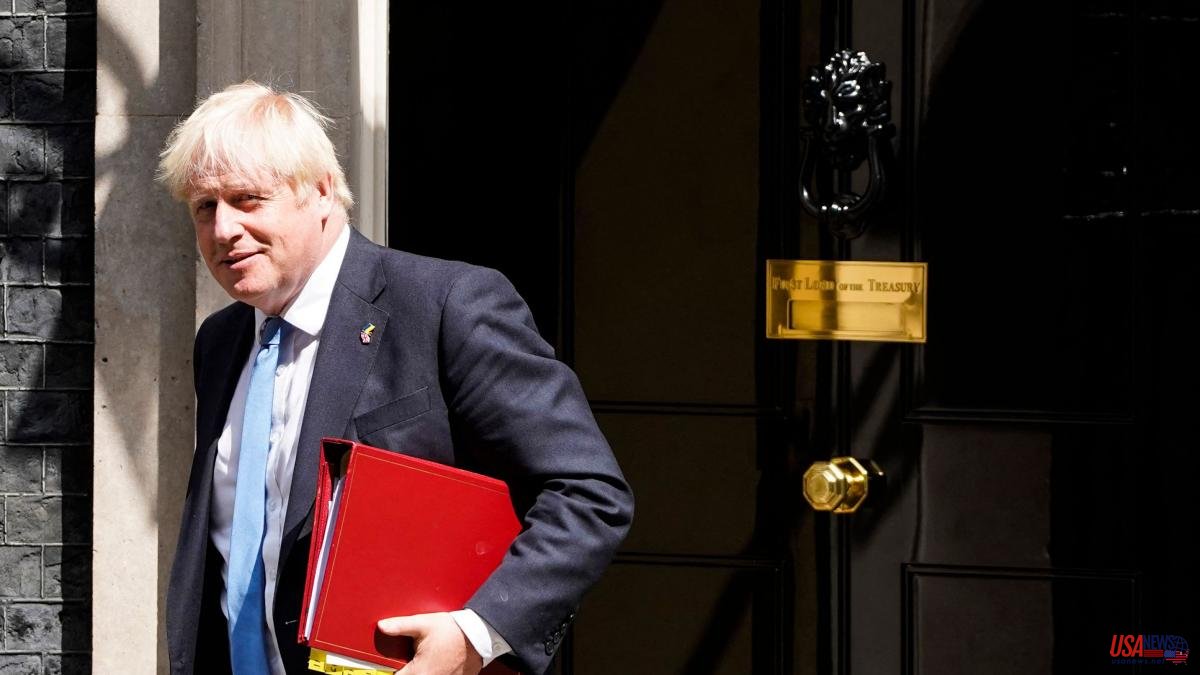 Almost all political careers end in failure, but Boris Johnson was the prime minister toppled for his scandalous behaviour, and that should worry us.

The three most notable falls of British leaders during the 20th century were due to political factors: in the case of Neville Chamberlain, it was because of the failure of his policy of appeasement; the Suez fiasco forced Anthony Eden to resign in 1957; and Margaret Thatcher fell in 1990 because popular resistance against the poll tax persuaded the Tories in Parliament that they could not win again with her as leader.

True, Harold Macmillan went under in 1963 due to the Profumo sex scandal, but that case involved a war minister and possible national security violations. Edward Heath and James Callaghan lost elections after their economic failure in the 1970s. Tony Blair had to resign because of the debacle in Iraq and Gordon Brown's impatience to succeed him. David Cameron was hurt by Brexit and Theresa May by her inability to get it done.

There are no such events that explain Johnson's downfall.

David Lloyd George, a much more significant leader than Johnson, is the only one who can compete with him in affairs. But while the sale of seats in the House of Lords, his botched administrative methods and dishonesty had weakened Lloyd George, the immediate cause of his downfall (exactly a century ago) was Chanak's mishandling of the crisis, which led to Britain and Turkey on the brink of war.

The most familiar comparison we can make is with US President Richard Nixon. Each of Johnson's pranks is routinely nicknamed "gate" after the Watergate break-in that ended Nixon's career.

John Maynard Keynes called Lloyd George a "rogue"; Nixon denied being one, in a famous statement. Neither he nor Johnson were rogues in the technical sense (they were not convicted of crimes), but Nixon would have been impeached in 1974 if he did not resign and Johnson was fined GBP 50 for breaking the lockdown rules. On the other hand, all three showed contempt for the laws they had been elected to uphold and uphold, and for the standards of conduct expected of public officials.

We have a hard time describing his character flaws: "unprincipled," "immoral," and "serial liar" seem to fit Johnson, but they also describe other, more successful political leaders. To explain his fall we have to consider two factors specific to our times.

The first is that we no longer differentiate political qualities from personal ones. Today, the personal is really political: personal failures are, ipso facto, political. The difference between the public and the private, between subjective feelings and objective reality, and between moral and religious questions and those that should occupy the government, has disappeared.

Politics passed into the world previously occupied by psychiatry. This became inevitable when economic well-being undermined their old class basis. Now the spaces abandoned by the politics of distribution have been occupied by questions of personal identity derived from race, gender and sexual preferences, among others. Instead of dealing with inequality, the task of politics became the repair of discrimination.

Johnson is both a creation and a victim of identity politics. His rhetoric focused on "matching" and "our National Health Service." But, in practice, his personality was the content of his policies. No previous British leader would have squandered his moral capital on trivial misdeeds and attempts to cover them up, because they knew they had to protect him for momentous situations. But the momentous events are now related to the person himself, when someone is perceived as having flaws, that's what the story boils down to.

Johnson's persona as a politician was also a media creation. In the past, newspapers generally reported news; now they focus on personalities and create them. This change generated a corrupt relationship: personalities use the media to promote themselves and the media expose their weaknesses to sell copies.

The market for sexual and financial gossip was always large, but even the old "yellow press" recognized a sphere of priority public issues. Now gossip is public issues.

This change radically transformed the public's perception of the qualities that a political leader should have. Political leaders of previous generations were by no means prudish. They lied, drank, fornicated, and took bribes, but everyone concerned with politics recognized that protecting the public sphere was important. The moral failings of the leaders, for the most part, were shielded from scrutiny, unless they were egregious. And even when people found out about them, they forgave them, as long as the leaders fulfilled their political mission.

Most of the offenses that led to Johnson's resignation would never have been published in the past, but today the doctrine of personal responsibility justifies stripping political leaders naked. Each mistake and each slip that separates them from the correct expression becomes a "misfortune" or "embarrassment" capable of destroying their credibility. People's ability to function in the public sphere depends on privacy, and when that goes, so does their ability to act effectively when needed.

The other new factor is that politics is no longer seen as a vocation but as a springboard to money. The media is more obsessed with how much politicians earn than evaluating whether they are worthy of their positions. That inevitably affects the expectations of those with political ambitions and those that the public has of them. Blair is said to have made millions as a speaker and consultant since he left the post. In keeping with the times, The Times estimated how much Johnson could earn as a speaker and from book contracts, and how much more he would earn than May.

In his resignation speech, Johnson tried to defend in traditional terms the "best job in the world", while complaining that it was "eccentric" to be removed from his position halfway to fulfilling his promises. But his defense of the premiership sounded disingenuous, because his career did not bear witness to his words. His downfall was not only due to a lack of morality, but also to the lack of political direction attributed to him. In Johnson's case, the personal simply exposes the emptiness of the political.

Robert Skidelsky, a member of the British House of Lords and Emeritus Professor of Political Economy at the University of Warwick, was a non-executive director of the private Russian oil company PJSC Russneft between 2016 and 2021.