The failure of Erdogan's imperial dream

A hundred years ago, on November 1, 1922, the nationalists signed the abolition of the Ottoman sultanate or the end of an empire that in its heyday was a neighbor of Vienna, lord of the Arabian peninsula and owner of Mesopotamia. 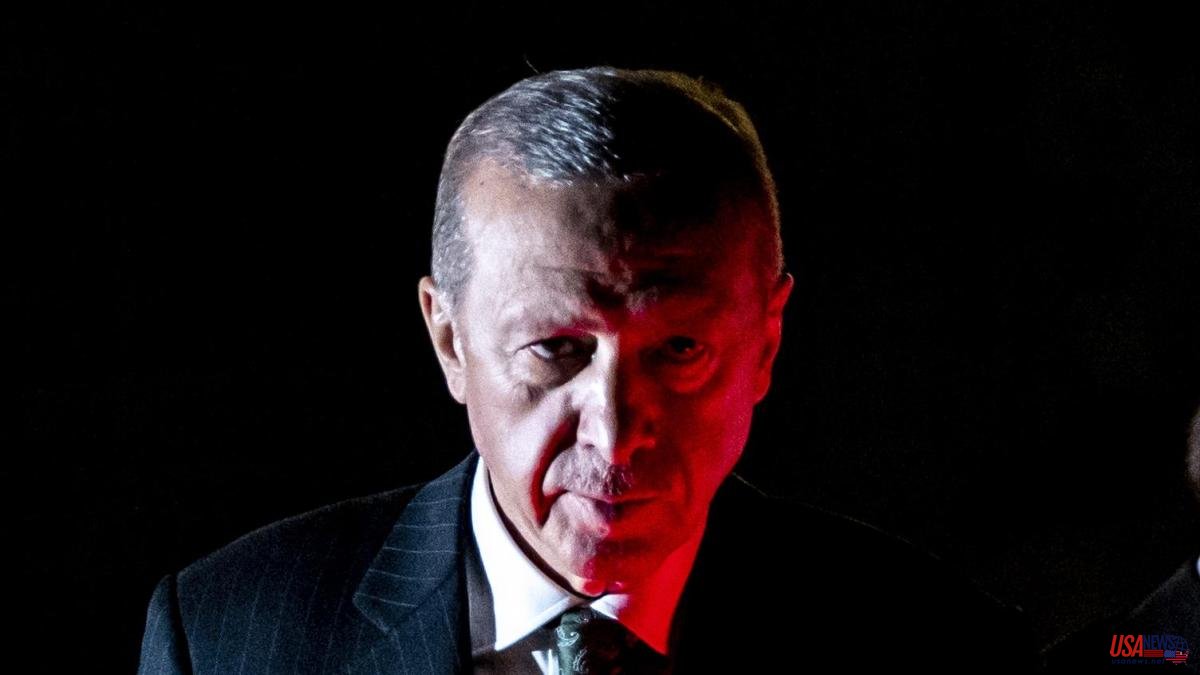 A hundred years ago, on November 1, 1922, the nationalists signed the abolition of the Ottoman sultanate or the end of an empire that in its heyday was a neighbor of Vienna, lord of the Arabian peninsula and owner of Mesopotamia. President Erdogan has dreamed of recovering a sphere of influence whose mental framework fits with the empire dissolved in 1922 but without success: Turkey has not been able to prevail over Saudi Arabia, Iran and Egypt, competitors for hegemony in the most volatile region on the planet. , ruled for centuries from Constantinople.

Imperial fatigue exploded with World War I, in which Turkey sided with Germany and faced harassment from Britain in its regional backyard. Territorial and administrative collapse took the sultanate by storm and that November 1922, Sultan Mehmed VI – an unfortunate figure – left Dolmabahçe Palace on the shores of the Bosphorus to go into exile in Malta and died, in 1926, in San Remo.

Successive international treaties –from the secretive Sykes-Picot in 1916 to Sèvres in 1920 to end with Lusana in 1923- certified the end of the Ottoman Empire, more tolerant and civilizing than the Western cliché suggests.

Recep Tayipp Erdogan, president, prime minister, strong man of Turkey since 2003, has never presented himself as a sultan with imperial nostalgia but has been the closest thing to that figure in these hundred years of convulsive history, dominated by "Kemalism" and the military coups. As he built his power, Erdogan has had fickleness, as evidenced by his praise of the empire's sixth sultan, Selim, who died in 1520, who is credited with the Ottoman global dimension. As soon as he got the population's blank check in the 2017 constitutional referendum, Erdogan visited Selim's grave...

Turkey has one foot in the West thanks to its early membership in NATO -it joined in 1952- but it feels, at the same time, "humiliated" by the European Union, whose doors it has knocked in vain until it resigned to focus on the regional space, a kind of return to the imperial confines –imaginary today-, without complexes or fears. A moderate Islamist, President Erdogan has built an ambitious and identitarian nationalism that as soon returns Hagia Sophia to its status as a mosque as it appears in all the conflicts -numerous- in the region, where he has always tried to fish from the misfortunes of others, a remnant of every empire. Misfortunes that have been many in these twenty years...

With Erdogan, Turkey has shaken off foreign complexes and dependencies but has also discovered its economic and diplomatic limitations in the great geostrategic game of the East. His very ambitious foreign policy has conveyed a sense of imperial nostalgia and a recovery of the religious factor, perhaps because the Turks have returned to influence former domains such as Syria, Iraq, Libya and Egypt. From a subaltern of the West to a power without which there is no lasting peace or strife.

The latent war with the Kurdistan Workers' Party (PKK) has been a historical priority, which has justified Turkey's decisive role in the conflagrations in Syria and Iraq. The fight against Kurdish separatism is one of those state affairs before which no ruler hesitates. And less so when Erdogan has tried to create Great Turkey in the collective imagination. Hence the involvement on many fronts, some still open.

The other historical justification has been the defense of Turkish minorities, still present today in places as scattered as the island of Cyprus, Mosul or even Greece. This would explain Turkey's fundamental role in supporting Bashir al-Assad's regime in Syria, decisive and aimed at maintaining a state that is not sympathetic to the aspirations of its Kurdish minority.

Of all the "imperial" clashes, the most significant has been that of Egypt, jewel in the crown of the Ottoman Empire, another proud and nostalgic civilization. Erdogan wanted to take advantage of the weakness of the Hosni Mubarak regime and opted for the letter of the Muslim Brotherhood, a break with the secular myth of "Kemalist" Turkey devised by Ataturk, the first president of the Republic. The "Arab springs", so well-intentioned, plunged their protagonists into great instability and that is where Ankara put its paw. Turkey was the greatest supporter of Mohamed Morsi's Egyptian Islamists in his brief stint in power in Cairo (June 2011 to July 2013). Many and very powerful were the opponents of Morsi, which placed Turkey on the defeated side. The Egyptian army staged a coup and opened a period of intense hostilities. From Turkish soil, the exiled Islamists have been "bombing" with campaigns against the government of Marshal Al Sisi, without success.

The most striking aspect of this Turkish-Egyptian rivalry takes place in Libya, the victim of a civil war that is dividing the country and preventing its stabilization. While Ankara supports the government in Tripoli, Egypt supports General Khalifa Haftar, a warlord feuded in Benghazi. And in the background sea, energy and maritime trade. This rivalry has intensified the distance between Turkey and Saudi Arabia and the United Arab Emirates, with alarming episodes such as the murder of the dissident Kashoggi in the Saudi consulate in Istanbul. A kind of humiliation for Erdogan, to which has been added the economic hostility of Riyadh, which has withdrawn investments and used his financial power to remind Ankara of his limitations.

In the last two years, Turkey's economic difficulties - inflation and a weak lira and slowing growth - have given Erdogan a bath in realism about the limits of expansionism and the consequences of a great power foreign policy, hence a certain "normalization" of relations with Saudis, Egyptians and Emiratis. The war in Ukraine is, now, Turkey's best asset to pretend what it no longer has and will not have again: a great empire, now liquidated a hundred years ago.