In Italy there has not been a last-minute miracle and the victory of the extreme right has been consummated. 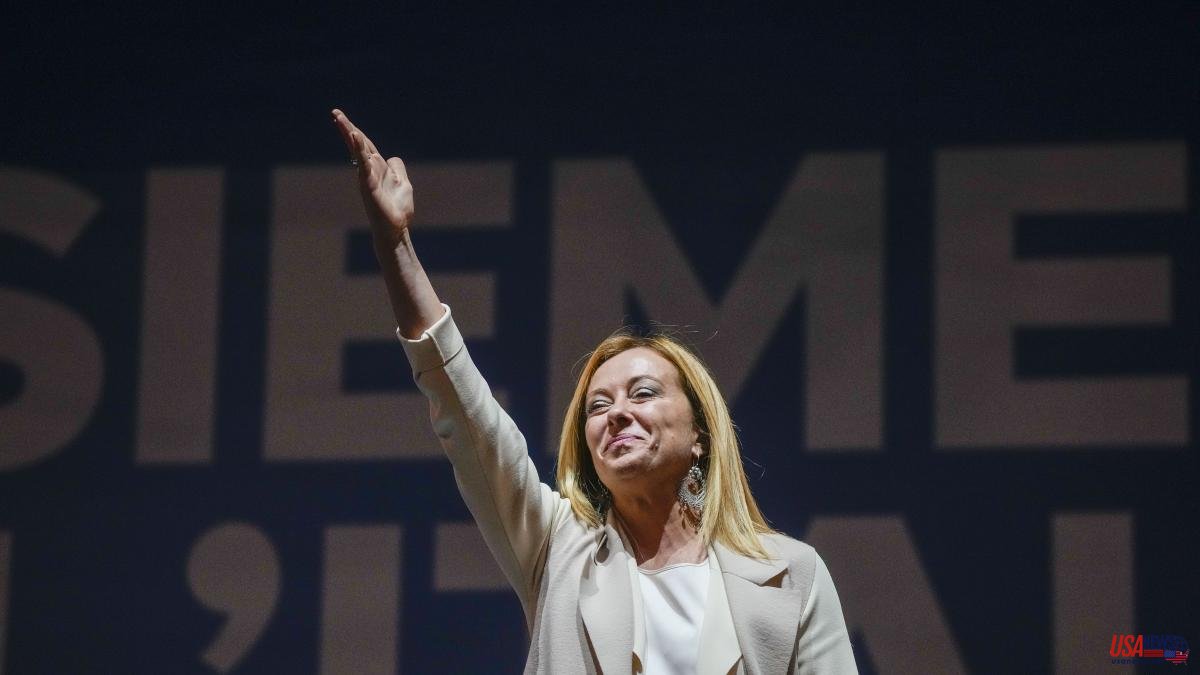 In Italy there has not been a last-minute miracle and the victory of the extreme right has been consummated. Europe's third-largest economy has gone from having a Europeanist technocratic prime minister like Mario Draghi to having a young politician like Giorgia Meloni who has always militated on the extreme right that wants to curb illegal immigration, defends the "natural family" and has been very critical of the EU. The news should no longer catch us by surprise. A week ago we highlighted the good results of the extreme right in Sweden, and previously, the gaze was focused on France given the possibility that, for the first time, the ultra Marine Le Pen could reach the presidency of the French Republic. Let's not fool ourselves: the extreme right is already here.

The electorate has long since lost its fear of voting for the extreme right, especially the popular classes that were the traditional space from which the left obtained its main income. Our bookstores are full of essays by sociologists, philosophers and political scientists who have spent years warning about this growth and trying to find an alternative to stop it. But the reality, as seen in Italy, is what it is. Thousands of citizens place their faith in these formations that promise to return to a past that was better and that offer drastic and direct solutions to very complex problems such as immigration or sexual identity. The wave doesn't seem like it's going to stop until they reach power. Perhaps, then, that electorate will realize that their bets have been a flight forward and that the problems have not only persisted, but have worsened. This is what is happening now in Brazil, where the until recently demonized Lula da Silva can win the elections this coming Sunday in the first round, after the terrible management of Jair Bolsonaro.

Starting today, everyone will be watching the progress of Meloni's future cabinet. And especially it will be followed from Spain, because when there are about 15 months to go before the general elections, what happens there can influence the behavior of the Spanish electorate.