The Excel with which Xavi directs and controls Barcelona

The Barcelona coaching staff sends each team a report with the workload and minutes that their footballer accumulates before each break in FIFA dates. 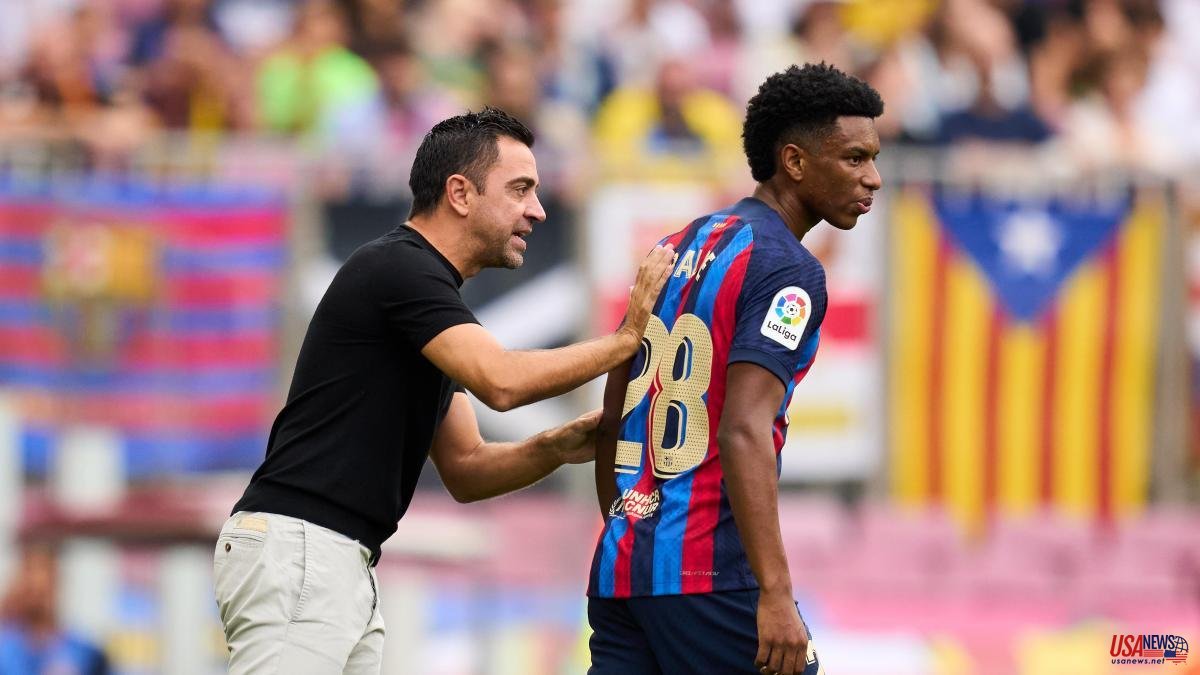 The Barcelona coaching staff sends each team a report with the workload and minutes that their footballer accumulates before each break in FIFA dates. It is a follow-up that Xavi Hernández is very aware of. Thorough and careful with his players, just as he was when he was a footballer with the state and height of the grass. With this, he tries to prevent injuries (something that was triggered when the players escaped his control) and makes sure he has fresh legs in the eleven.

That Excel, in reference to the computer program that allows data to be entered and compared, is going to be very important in the stretch before the World Cup, since Barcelona has 12 games in six weeks. In addition to the classic at the Bernabeu, there are four Champions League matches to qualify for the round of 16. In the League you have to visit Valencia and Osasuna.

The Egarense coach shows that he has the calendar in his head and that he wants to have the entire squad involved. From Piqué, the oldest, to Balde, the youngest.

In Mallorca, Xavi rested Raphinha, Pedri, Eric Garcia, who was ruled out by Luis Enrique in Portugal-Spain, and Marcos Alonso, who did not even travel with the national team but was the last to arrive with the team, on the 1st of September, when the summer market closed. It is intuited that the four point to eleven in Milan in the Champions League.

Xavi is sharing the efforts. "We have a very good squad and we have to take advantage of that," he says. And his decisions endorse it. No outfield player has played all 9 games and all have started at least once.

Lewandowski is the new leader on the field, with 12 goals, and it shows because he is also the one who plays the most, with 719 minutes. The Pole and Dembélé have been eight times in the eleven. One more than Gavi, Pedri and Araújo and two more than Busquets, the captain, and Balde, the last to go up.

The signings are taking hold with Christensen, Koundé and Raphinha starting five matches. While Kessié, with a lot of competition, already has three. The veterans, although they have lost weight, continue to contribute: Alba has been chosen in three games and Piqué has been a starter twice.

Xavi is governed by meritocracy but the distribution of minutes seeks to be balanced. Only Lewandowski exceeds 85% of the minutes. In the center of the field, nobody reaches 80%, being Pedri (626) and Gavi (563), both born in the 21st century, the ones who participate the most. For his part, in defense Christensen is performing, which is key to not missing Aráujo and Koundé during their injuries.

The coach knows that he has in his hands the care of a pearl like Ansu Fati and is determined to recover and promote the forward's growth. Slowly but surely. Ansu Fati (293 minutes) has played almost as much as Jordi Alba, and is the fourth forward, ahead of Ferran Torres (237) and Memphis (131). Nothing, not even the most sensitive thing such as the future, escapes Xavi's Excel indicators.