Former Brazilian soccer player Carlos Roberto de Oliveira 'Roberto Dinamita', considered the greatest idol of Vasco da Gama and with a brief stint at Barcelona, ​​died this Sunday at the age of 68 as a result of intestinal cancer, the Rio club reported. 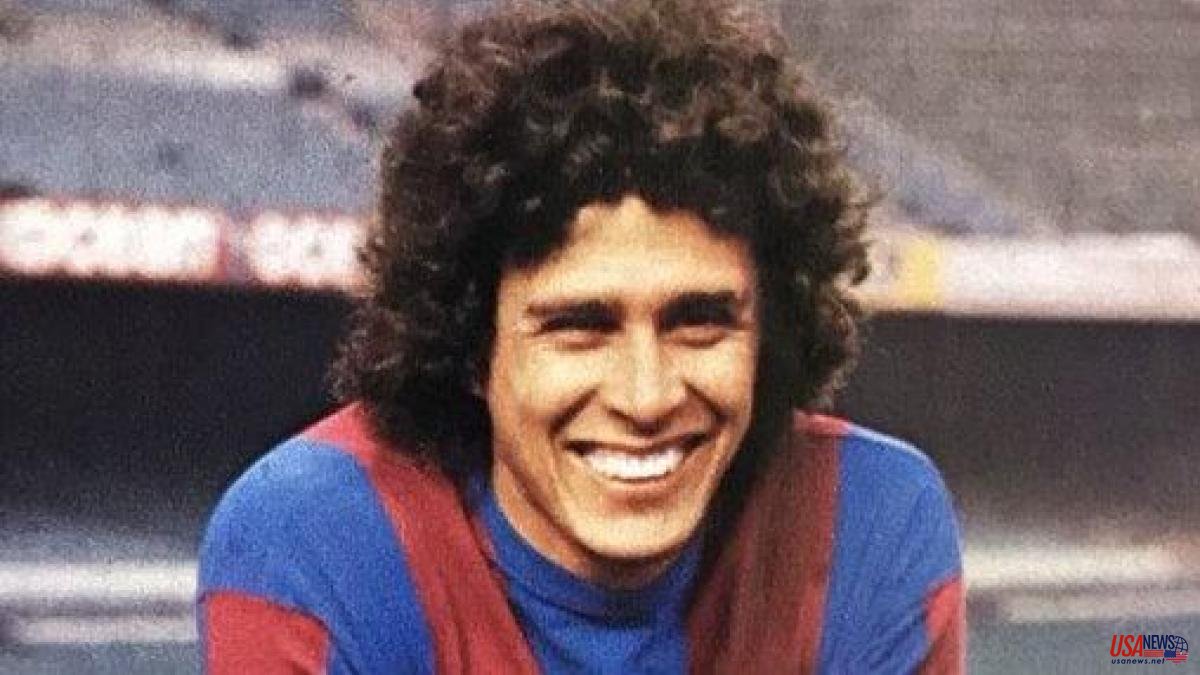 Former Brazilian soccer player Carlos Roberto de Oliveira 'Roberto Dinamita', considered the greatest idol of Vasco da Gama and with a brief stint at Barcelona, ​​died this Sunday at the age of 68 as a result of intestinal cancer, the Rio club reported. de Janeiro.

The historic scorer had been suffering from intestinal cancer since 2021 and was admitted to the Unimed Hospital in Rio de Janeiro, where he died this Sunday.

"Dynamite dedicated 29 of his 68 years to the club, as an athlete and as president. We will love you forever Calu", as he was also called by his friends, "Rest in peace", said Vaso da Gama.

In a statement, the club expressed its "incalculable regret" for the death "as a result of intestinal cancer" and recalled that Dinamite made his debut in 1971 and scored 707 goals in the 1,109 games he played with the Vasco da Gama shirt.

Between 1979 and 1980, Dinamite - who in Spain was called Roberto Dinamita - played for three months at Barcelona, ​​who signed him as a scoring replacement for Austrian Hansi Krankl, but it did not materialize. He arrived at the Barça club thanks to Núñez, but with the departure of Rifé and the arrival of Helenio Herrera on the bench, he gradually lost prominence and ended up leaving the club and returning to Brazil.

The Barça club has shown its condolences after learning the news of his death: "FC Barcelona deeply regrets the death of Roberto Dinamita, a Barça player during the 1979/80 season. Rest in peace", he wrote in a message shared on his social networks along with an image of the footballer during his time with the Catalan team.

In 1989 he defended the Portuguesa de Sao Paulo, to return to Vasco da Gama, from which he retired from active football in 1992, but in which he continued as leader until he became President.

His death adds to other important losses that the world of football has suffered in recent weeks, from the myth Pelé, to Gianluca Vialli, also due to cancer. Dinamita's last publication on social networks was precisely to mourn the death of his compatriot Pelé: "Sad with your departure, my idol Pelé. The best of the best! A reference in football for all players. I am very proud to have met you and wear the same 10 shirt that you immortalized with such mastery. Thank you for everything! I miss you so much," he wrote along with a photo of both.