The right of women to abortion is in danger throughout the world, the European Parliament warned yesterday in a resolution condemning the decision of the United States Constitutional Court to repeal it at the federal level in which it demands that governments raise their defense at a global level and protect it in the community territory through its inclusion in the charter of fundamental rights of the European Union. 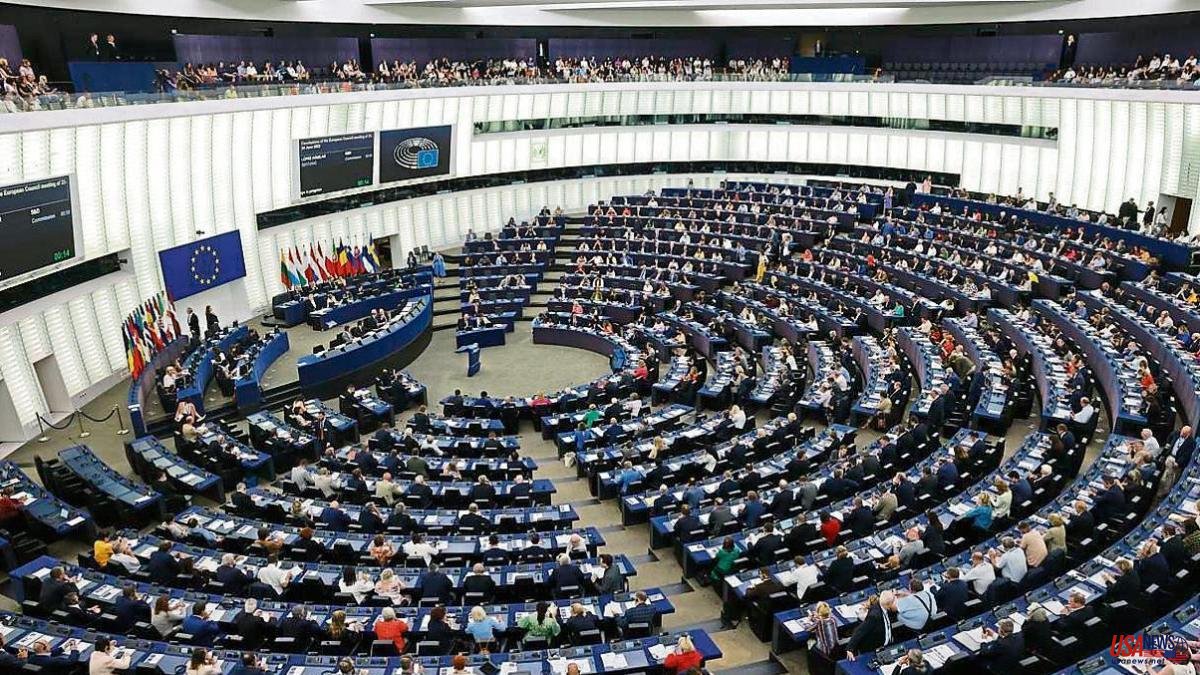 The right of women to abortion is in danger throughout the world, the European Parliament warned yesterday in a resolution condemning the decision of the United States Constitutional Court to repeal it at the federal level in which it demands that governments raise their defense at a global level and protect it in the community territory through its inclusion in the charter of fundamental rights of the European Union.

"The rights of women are inalienable and cannot be eliminated or weakened," claims the text, which warns that the sentence of the highest US judicial instance "could cause an increase in the flow of money" from groups of the Christian right and "embolden" the national anti-abortion movements to try to reverse the achievements of recent decades, when more than 60 countries have eliminated restrictions and obstacles to the voluntary interruption of pregnancy.

Promoted by progressive and liberal MEPs, the text was approved by the plenary session by 324 votes in favor, 155 against (among them, the PP and Vox MEPs and a member of Ciudadanos, José Ramón Bauzá) and 38 abstentions. In addition to expressing solidarity with North American women in the face of this setback in their rights, the resolution analyzes the consequences of the court ruling.

"What has happened in the United States is evidence that we should never take the rights we have won for granted and we have to fight to ensure that they do not go backwards," defended the leader of the European Socialists, Iratxe García. “Let us give the women of Europe the guarantee that no judge will be able to undo these rights and let us call the reactionaries for what they are, a relic of the past that has no future in the EU”, demanded the French liberal Stéphane Séjourné.

The resolution condemns the obstacles that women face in accessing abortion in Europe, from the total ban in Malta to the restrictions in Italy, Croatia, Hungary and Slovakia or the de facto outlawing, now a year ago, in Poland, a situation that he proposes to combat through a more active defense of this right. To do this, the European Parliament demands to include in the EU charter of fundamental rights the recognition of the right to obtain a "safe and legal" abortion, as French President Emmanuel Macron proposed at the beginning of the year.

But even with the endorsement of the Elysee, the movement seems highly unlikely since this document, approved in 2000, can only be modified unanimously. To overcome this hurdle, MEPs are calling for an intergovernmental convention to review this rule. Even if such a change goes through, the charter only applies in areas where the EU has competence.

The European Parliament calls on the Union and the Member States to give all possible support, including financial support, to civil society organizations in the United States that provide services related to sexual and reproductive rights, and offer "safe haven" to physicians who risk legal action for their work in providing abortion care.”

The European Parliament will also have to defend this position as an institution. The responsibility, paradoxically, will correspond to the representative of the only EU country in which abortion is illegal in all its assumptions, its president Roberta Metsola, a native of Malta. The case of the American woman who suffered a miscarriage on the island and was unable to receive medical assistance has once again put the country in the crosshairs of pro-abortion activists. Metsola has never spoken explicitly on the subject and she has said that she, as in all matters, will always defend the official position of the Chamber.