The European Parliament applauds Olena Zelenska: "It takes a lot of courage to stand up to Putin" 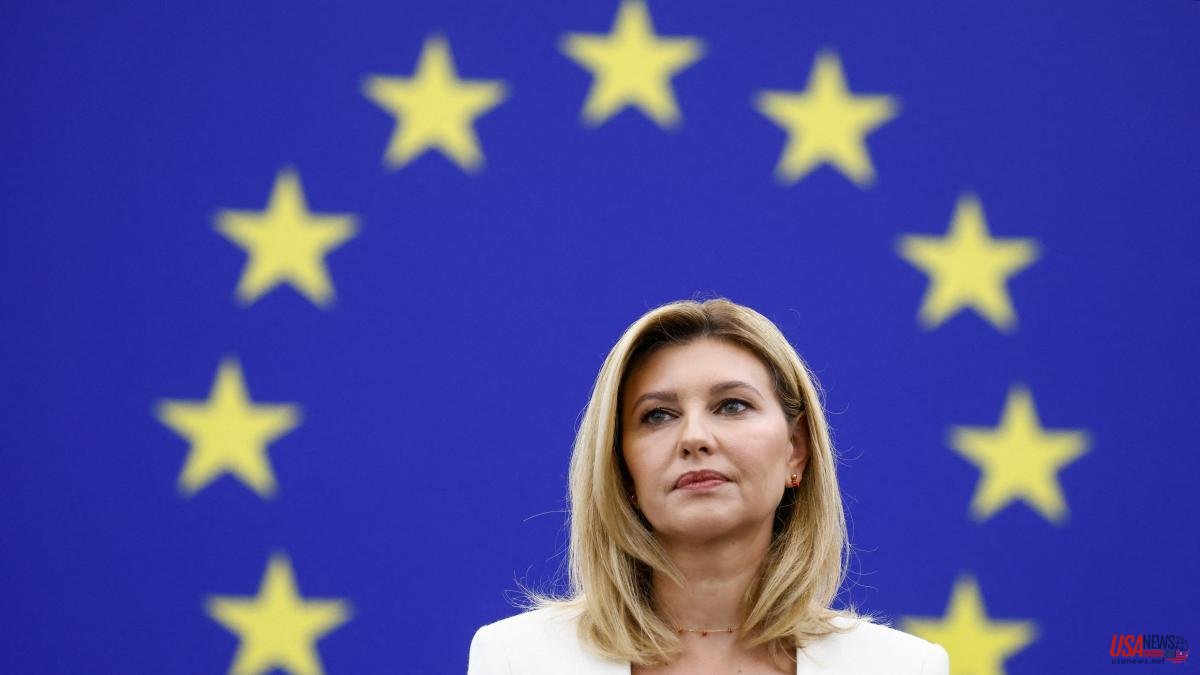 "For the first time in its history, this Parliament is debating the state of our Union while the war continues on European soil," Von der Leyen began her speech, who, like all the commissioners, was dressed in the colors of Ukraine. "Dear Olena, it took immense courage to stand up to Putin's cruelty. You found that courage," she said. "Today we want to thank you and all Ukrainians," she added.

The president took the opportunity to announce that she will travel to Kyiv from today to meet with the Ukrainian president, Volodímir Zelensky, her second trip to the country since the beginning of the Russian invasion after a first visit on April 8. The reason for the visit will be to continue working to improve Ukraine's access to the single European market and its entry into the community telephone roaming area. Thus, Von der Leyen will accompany the Ukrainian first lady back after she went to Strasbourg for her speech.

A screenwriter by profession and less experienced on camera than her former actor husband, Olena Zelenska has become one of Ukraine's most vocal voices since the start of the war in her country in February. While her husband appears daily in the media, her wife does so to a lesser extent, but has taken care to expose the human suffering of the war through her profiles on social networks.

In the same way that she began her speech by welcoming Zelenska, the president of the EC closed her speech by telling the story of Magdalena and Agnieszka, two young Poles who organized themselves in a tent at the central station in Warsaw to prepare for the arrival of thousands of Ukrainian refugees in February and managed to mobilize more than 3,000 volunteers. With both present in the hemicycle, Von der Leyen assured that their history is "everything that the EU represents and what it aspires to".