The euro falls to parity with the dollar

The exchange rate of the euro and the dollar has today reached parity for the first time in twenty years, since July 15, 2002, the last date on which the price of the common European currency exceeded that of the US bill, according to data from market. 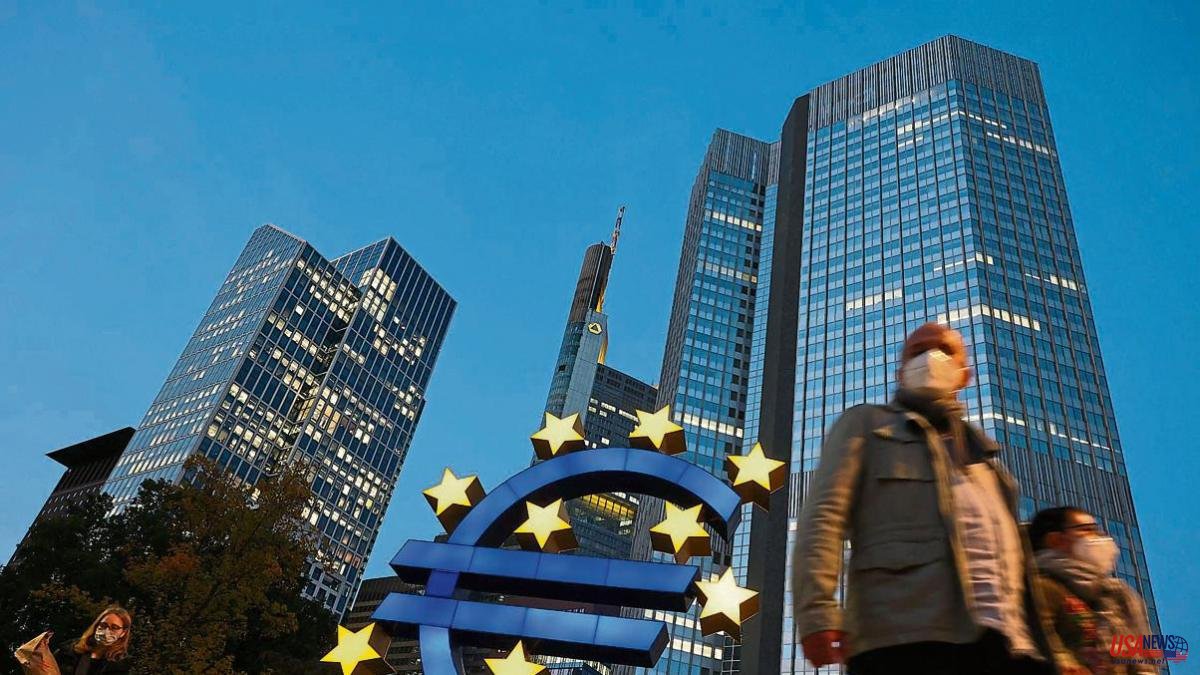 The exchange rate of the euro and the dollar has today reached parity for the first time in twenty years, since July 15, 2002, the last date on which the price of the common European currency exceeded that of the US bill, according to data from market. The single currency has accentuated its decline against the dollar in recent months, as the Federal Reserve's monetary policy has become more aggressive to combat.

At the beginning of the year, a euro was equivalent to 1.13 dollars, but then came the war in Ukraine and inflation shot up both in Europe and in the United States, which has provoked the reaction of central banks. That of the Fed, much more forceful and faster, has already placed rates at 1.75% and Jerome Powell, its president, has already made it clear that new important rises are coming.

On the other hand, the euro is languishing waiting for the European Central Bank (ECB) to make a move, something that it has finally said it is going to do. On July 21, the entity's governing council will meet to raise rates for the first time in eleven years, to 0.25%, predictably.

In addition, the central bank is expected to announce its anti-fragmentation program for the euro to help weaker countries. The decoupling between the monetary policies of one and the other - the United States and the eurozone - is the main factor that explains the drift in the exchange rate.

Ben Laidler, global market strategist at the multi-asset investment platform eToro, warns of the consequences of parity, which can go further. “A drop below 1 dollar per euro would fuel concerns about imported inflation from Europe, but it would not all be bad news. It would also be important growth insurance for many large exporters”, he indicated in a note this morning.

The parity comes just at a time of energy turmoil in Europe, pending reducing dependence on Russian gas. Alternative routes, such as the liquefied gas that is being brought from the US, are paid in dollars: with parity it will be a more expensive bill. As a positive factor, it can be pointed out that the eurozone will be a more attractive destination for international tourism, as its currency is cheaper, and that companies with sales abroad will receive more euros for the dollars in which their products are paid in the Exterior.

The most favorable change to the US currency occurred in mid-2001, when one euro only gave the right to obtain 0.85 dollars. It was only a few months before the single currency began to circulate in the real economy, something that happened in January 2002. From then on, coinciding with the strong expansion of the decade, the euro gradually gained height. Before the puncture of the credit and real estate bubble, the euro touched the sky and was exchanged for almost 1.6 dollars.

Later, the crisis balanced the exchange rate until the evident overheating of the United States economy, which was more advanced in the cycle than the European economy, began to take its toll. A year ago, one euro was exchanged for 1.2 dollars. The rest is history.