The Euribor ends October at 2.6%, the highest level since December 2008

The climb of the Euribor continues and is about to say goodbye to October with a monthly average of 2. 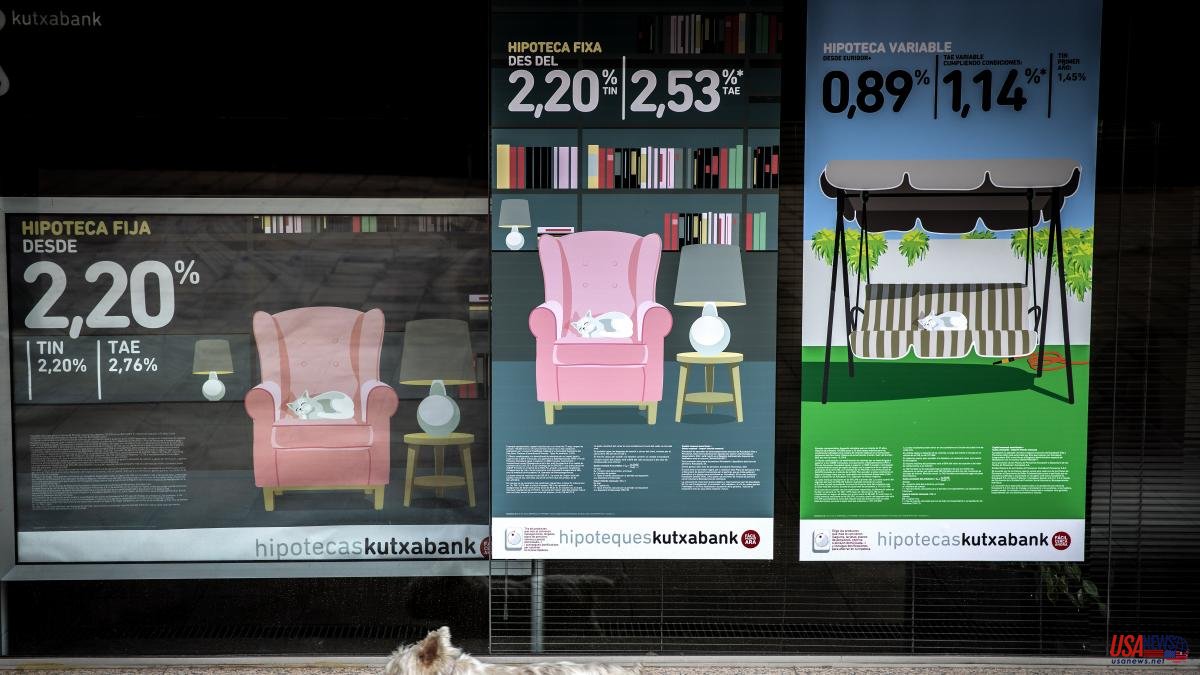 The climb of the Euribor continues and is about to say goodbye to October with a monthly average of 2.626%. In the absence of the data that marks this Monday, it will be the highest level of this indicator since December 2008, when it stood at 3.452%. And let's remember that most of the variable mortgages in Spain are referenced to the Euribor.

The strong increase in the index in the last days of the month was discounting the risk that the European Central Bank (ECB) would increase interest rates again, as it happened. Specifically, the ECB approved an increase of 75 basis points, which has meant raising interest rates to 2%.

If the monthly closing is confirmed at this level, a person who has contracted a 30-year variable mortgage of 150,000 euros and with a differential of 0.99% plus Euribor will suffer an increase in their mortgage payment of about 234 euros. In other words, as of the review, it would go from paying 449 euros per month to paying 683, which leads to an increase of 2,800 euros per year.

For iAhorro, the rate hike announced by the ECB "does nothing more than feed the Euribor, which could end the year between 3.2% and 3.5%," said Simone Colombelli, director of mortgages at the comparator in statements to Europe Press.

But the manager's bad omens do not stop at the end of the year. As he explains, the interest rates of variable mortgages are already around 3.5% in October, which has also triggered fixed-rate mortgages. In this way, some banks would already place the fixed TIN (the nominal interest rate) above 3%. “In six, seven or eight months things will get worse, I have no doubt. Our forecast is that in the spring of next year the fixed rate will worsen considerably if the Euribor continues to rise”, explains the comparator's director of mortgages.

Faced with this situation, Spanish banks are already anticipating possible default problems in the coming months, although the sector rules out that the problems are on the same scale as those faced in 2008.

Financial entities are working on an extension of the code of good practices to design different aids for vulnerable families and rule out generalized reductions as the Government is demanding.