The euphoria of shopping returns in sales

The formula is as old as it is effective: to encourage retail purchases, nothing better than sales or, failing that, any campaign that has price reductions as a hook. 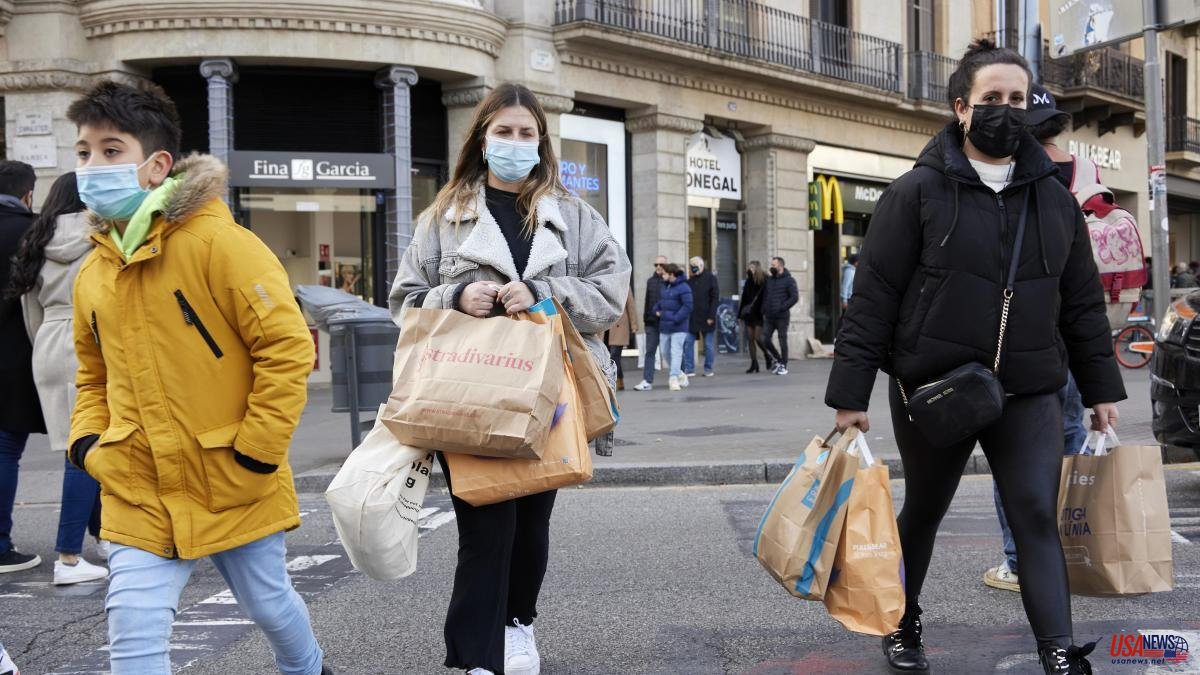 The formula is as old as it is effective: to encourage retail purchases, nothing better than sales or, failing that, any campaign that has price reductions as a hook. And in times of recovery it could not be otherwise.

This is determined by the Retail intelligence 2022 report, prepared by TC Group Solutions based on the attendance of the public in the main commercial routes of cities throughout Spain, the entrances and exits of shops and, logically, the volume of sales. All this, thanks to the sensors that this firm of technological solutions for commerce has installed in some 10,000 establishments.

The comparison of the data throughout the entire pandemic shows that after the collapse caused by the periods of confinement and mobility restrictions, which the supermarkets barely avoided, they show that the recovery in sales has come in waves, in this case the that mark the sales periods of January, July and, in particular, at the end of November, with the full consolidation of Black Friday sales. More than in the traditional seasonal commercial campaigns.

Despite being the shortest discount period in time –one week at most–, it is the one that has managed to attract more people in the last three years (2019, 2020 and 2021) and, in particular, in the last year, the one that has registered the highest ratios of attraction and conversion. That is, the percentage of people who enter the commercial premises with respect to potential customers, who walk by the shop windows, and the percentage of sales with respect to the number of customers entering the stores.

“Black Friday has not only become consolidated in Spain, but has also been extended and adapted to different sectors, in the same way that sales transcended fashion and the liquidation of collections and stock, but much faster. It also has extensive experience in online commerce”, considered Marcos Álvarez, a consultant specializing in retail, during the recent presentation of the report.

By cities, the report details that Madrid is acting as the engine of recovery, while Barcelona still suffers from the absence of tourism on which the main commercial hubs have ended up being too dependent. In fact, the turnout of the public in these streets of Barcelona is still around 20% lower than before the pandemic compared to 15% less on average in Spain as a whole.

A trend that is also noticeable in another tourist capital such as Palma. In Andalusia, Seville has distanced itself from the rest of the big cities, anticipating the return to normality of face-to-face commerce. By autonomous communities, Aragón is the one that is recovering the fastest.

A notable trend pointed out in the report is that the conversion ratios have been affected upwards throughout this period of crisis, showing that stores have a greater capacity to convert public entrances into effective purchases. Something that must be confirmed when the usual traffic is recovered.

In this sense, Marcos Álvarez relied on a good summer campaign, specifically targeting fashion, and sales that could be very close to pre-pandemic levels. "A good campaign is coming and between now and September everything looks like retail is going to reactivate," he said, even though the effect of the war in Ukraine has not yet been seen, at least in all its magnitude, in this sector.