The EU will pay for the export of 40,000 tons of Ukrainian cereal

The European Union will pay for the transport in two ships of Ukrainian grain in a Kyiv initiative aimed at exporting grain to vulnerable countries, announced yesterday the president of the European Commission, Ursula von der Leyen. 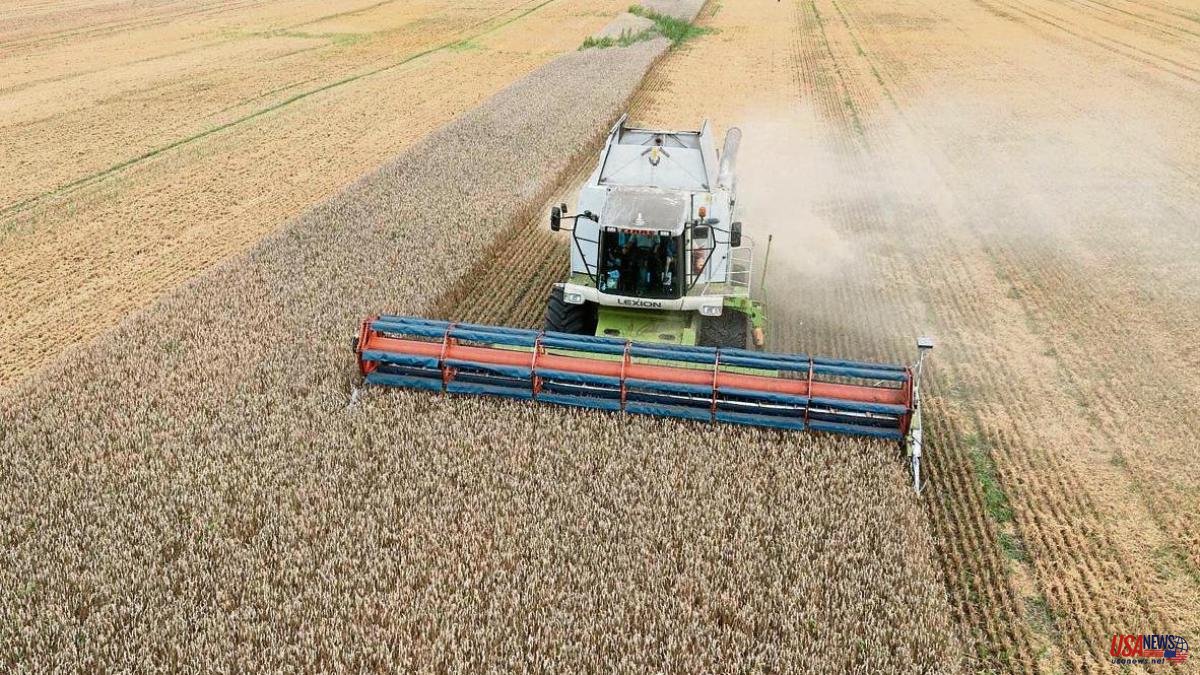 The European Union will pay for the transport in two ships of Ukrainian grain in a Kyiv initiative aimed at exporting grain to vulnerable countries, announced yesterday the president of the European Commission, Ursula von der Leyen. "We will pay for the transport of 40,000 tons of grain, which is what is left of the cereal that you have made available, whatever the cost," said the German politician in a telematic intervention on the occasion of the Ukraine Grain campaign, which has as its It aims to provide cereals free of charge to at least five million people in countries such as Sudan, Yemen, Kenya or Nigeria until the end of spring 2023, as previously announced by the Ukrainian government. The campaign has been launched coinciding with the commemoration of the so-called Holodomor, the great famine caused by the policy of the Soviet regime that caused millions of deaths in Ukraine itself in 1932 and 1933.

The new European aid will be added to that mobilized through the so-called solidarity corridors promoted by the EU, which since May have allowed the export of 17 million tons of Ukrainian grain and food products by land.

“Solidarity corridors have become a lifeline for the Ukrainian economy, providing more than 19 billion euros of much-needed income to Ukrainian farmers and businesses,” said Von der Leyen, recalling that 1 billion euros have been mobilized recently. additions to strengthen them. In addition, the agreement promoted by Turkey and the United Nations, dubbed the Black Sea Grain Initiative, allows food to be taken out of the country by boat, bringing the products exported to the rest of the world from Ukraine to 28 million tons.

“Today, Russia is once again using food as a weapon. As part of its brutal aggression against Ukraine, Russia has destroyed your agricultural production, attacked your silos and blockaded your ports. Thus, Russia is depriving the most vulnerable countries in Africa, the Middle East and Asia of vital access to food,” Von der Leyen said in a video.

The Commission chairperson accused Russia of using "disinformation" to blame others for its "despicable actions" and urged it to "keep fighting it." “Your ‘Ukrainian Grain’ initiative has my full support and is crucial to our efforts. You are showing the world an unwavering commitment to global food security, international responsibility and solidarity with those most in need,” she told the Ukrainians.