The lifting of the harsh confinement in China has generated great concern in several countries due to the fear that the increase in cases will lead to the appearance of new variants. 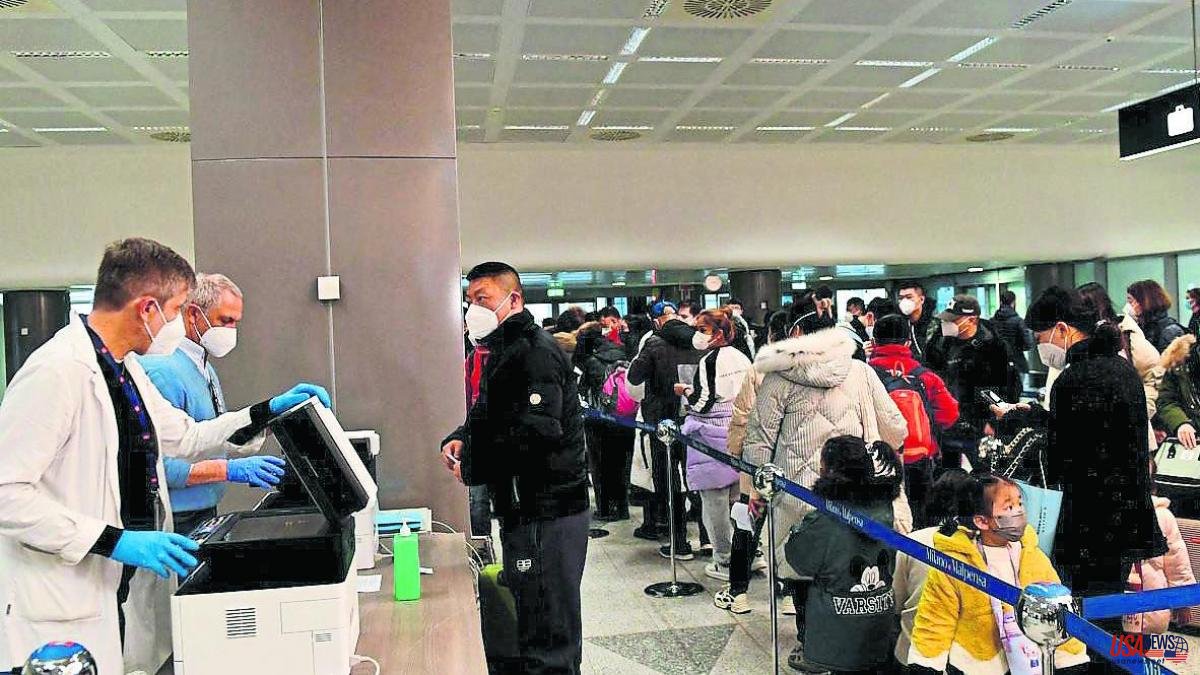 The lifting of the harsh confinement in China has generated great concern in several countries due to the fear that the increase in cases will lead to the appearance of new variants. The Italian Prime Minister, Giorgia Meloni, defended yesterday the need to require negative coronavirus tests from travelers arriving from the Asian giant, a practice that, in her opinion, "hopes and wishes" that the European Union follow. However, the European health authorities described the controls as unjustified.

At the moment, Italy is the only community country that has implemented the imposition of mandatory coronavirus tests to enter the country, something that Meloni considers will not be effective if the rest of the countries do not apply it since they are part of the Schengen area.

The Ministry of Health made this decision after almost half of the passengers who had landed from China tested positive at some airports. The measure was adopted by the Italian Higher Institute of Health, which began testing some passengers on Friday to follow the evolution of the contagion in this Asian country. And the data collected at Milan's Malpensa airport, one of the busiest in Italy, is alarming: almost one passenger in two tested positive and most had no symptoms.

In his end-of-year press conference, Meloni also explained that Italy has not found new variants in the infected people who arrived in Milan. Rome has already sequenced half of the positive samples taken at this airport and all of them correspond to the omicron variant. “This is quite reassuring. The situation in Italy is under control and there are no immediate concerns, ”he assured. For the far-right prime minister, the solution is the controls: “The tests and the masks will be useful, the deprivations of liberty known in the past are not necessary. We have seen it in China, you have to work on the responsibility of citizens, ”she added.

The European Center for Disease Prevention and Control (ECDC) is not of the same opinion, which in a statement issued yesterday considered that Europeans have high levels of protection against covid and health systems on the continent are equipped to deal with the current burden of infections. Furthermore, variants circulating in China are already present in Europe and the potential for imported infections is low compared to the level of covid transmission already occurring in the EU, the center said. However, officials are closely monitoring the situation in China and in regular contact with the country's health authorities.

For its part, the European Commission stressed yesterday the importance of "coordination" of national measures among the Twenty-seven. “It is crucial that the EU act united and coordinated on any possible public health measure in the face of the situation in China. The Commission will continue to facilitate discussions between Member States and will be ready to convene further meetings if necessary," added a community spokesperson.

In addition to Italy, India, Taiwan, South Korea, Malaysia and Japan, and the United States have announced new preventive measures against the spread of infections in China, weeks after relaxing the strict policy of anti-covid measures that it maintained. The US Centers for Disease Control and Prevention justified the change of position given the increase in infections and a lack of adequate and transparent information from China, including the genomic sequence of the strains.