Insufficient for some, dangerous for others, the proposal of the European Commission to create a correction mechanism against the runaway rises in the price of gas was almost unanimously rejected on Thursday by the European energy ministers. 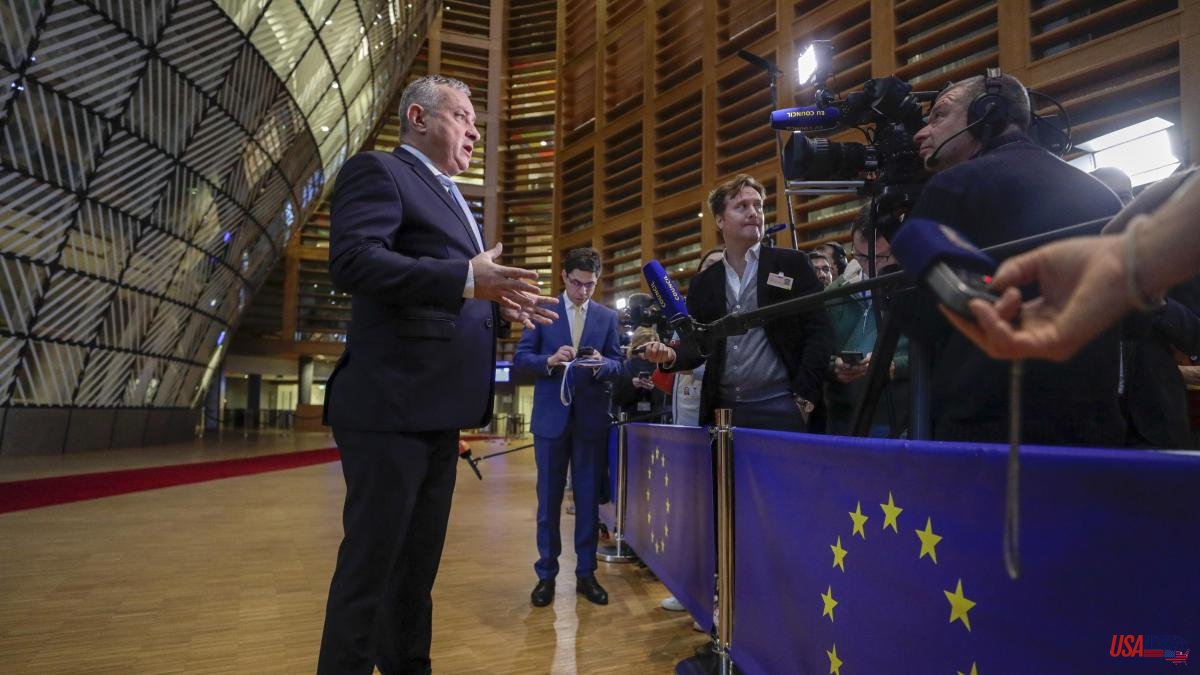 Insufficient for some, dangerous for others, the proposal of the European Commission to create a correction mechanism against the runaway rises in the price of gas was almost unanimously rejected on Thursday by the European energy ministers. Paradoxically, the maligned text, which sets the ceiling at 275 euros per kilowatt hour with almost unattainable activation conditions, paves the way for a European agreement in this direction.

The fact that there is a legislative proposal on the table finally sets in motion the debates on an instrument that fifteen countries, led by Spain, France and Italy, have been demanding since March. And although this Thursday this block stood up and refused to give the green light to two other emergency initiatives to face the energy crisis on which there is already consensus (one on solidarity measures and another on the promotion of renewables) the ministers of European energy have promised to approve the three proposals in another extraordinary council at the end of the year.

Despite the fact that the meeting ended without agreements, "the important thing is that all the ministers have left Brussels with the shared goal of aligning their positions on December 13," summarized the Czech Industry Minister, Josef Sikela, on behalf of of the presidency of the Council. Sikela was convinced that Germany will finally support the compromise and it will not be necessary to approve it by a qualified majority. "I can't imagine anything other than consensus, the stakes are too high."

Also the vice president for the Ecological Transition, Teresa Ribera, who has described the approach presented by the Commission as a "tease" and "bad joke", declared herself optimistic about the possibility of reaching an agreement on November 13, when it is possible that the fifth extraordinary Energy Council will be convened so far this year.

"I have no doubt that we must be reasonably optimistic and that solidarity, unity and flexibility will prevail in order to reach a final consensus," Ribera told the press at the end of the meeting, satisfied that the European Commission has finally listened to the voice of the majority and “the agenda has been rebalanced”. "There are countries that demanded that they be listened to, that they not be ignored... When there are 15 member states that request a proposal of these characteristics, they deserve to be taken into account."

Despite the fact that they reject the variables set by the European Commission to activate the price correction mechanism (that the kilowatt hour trades at more than 275 euros for two weeks and a differential of 58 euros with respect to global markets, conditions that sensu stricto do not They were not even given in August, when the light reached historical records) the governments of Spain and France have been grateful that Brussels has put a document on the table. The negotiation on the details, from now on, is in the hands of the technicians of the member states.

“Once the Commission has presented its proposal, now it is not this, but the presidency of the Council, who has the capacity to be able to form initiatives that elicit consensus”, highlighted Ribera. In his opinion, the agreement could be reached around a formula that does not set a fixed price but a dynamic and not a static reference”. A reference that adapts to the rest of the prices in the international markets. Better thus than not setting a fixed price cap, which would cause it to be exactly the opposite of what was desired and then cause a greater rise in prices”, the vice president summarized.

The debates verified, however, that there is enough support to carry out the other emergency measures recently presented by the European Commission, one to promote solidarity agreements between states to avoid blackouts, which includes the creation of a platform to make joint purchases of gas , and another to expedite the granting of permits for the deployment of renewables.

The German government concluded that the proposal goes “in the right direction and declared itself “ready to negotiate”. But "if the ceiling is excessive, we would run out of supplies" because the Asian markets will be more attractive, warned the Secretary of State, Sven Giegold. Now begins an intense period of technical negotiations. If the Czech presidency's plan works, before the end of the year the EU will adopt a new arsenal of measures to protect itself from volatility and high gas prices ahead of next winter. “We are not opening the champagne but we are putting the bottle in the fridge”, summed up Sikela optimistically.