The EU Commissioner for the Economy, Paolo Gentiloni, stated this Saturday that the European Union is "well prepared" in the event that Russian gas supplies are totally interrupted, in his opinion thanks to energy storage and saving measures. 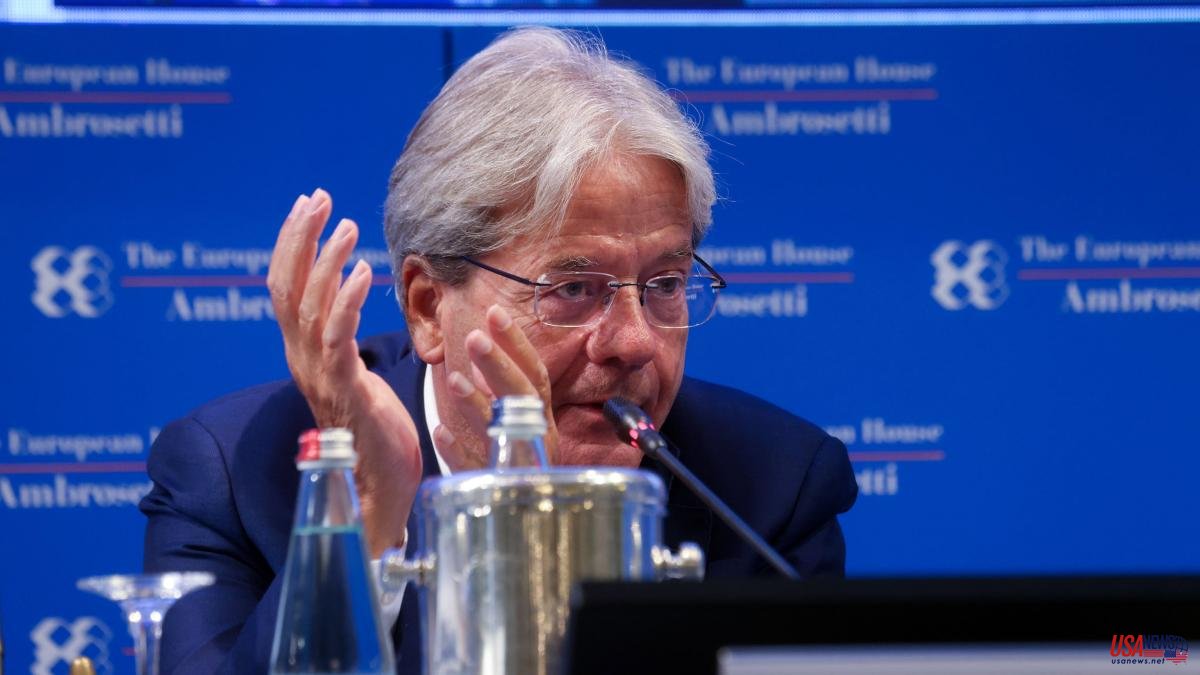 The EU Commissioner for the Economy, Paolo Gentiloni, stated this Saturday that the European Union is "well prepared" in the event that Russian gas supplies are totally interrupted, in his opinion thanks to energy storage and saving measures.

"We are well prepared to resist the extreme use of the gas weapon by Russia," he told the press on the sidelines of the economic forum organized by The European House - Ambrosetti in Cernobbio, on the shores of Lake Como.

"Putin's decisions do not scare us, we ask the Russians to respect the contracts, but if they do not, we are ready to react," he stressed.

In the European Union, "gas storage is currently around 80%, thanks to the diversification of supplies," although the situation differs from country to country, Gentiloni said. However, we must not forget that this amount of gas in European reserves is insufficient to cover demand throughout the winter (technically it usually reaches a third of total consumption).

The situation has worsened after the Russian gas giant Gazprom announced yesterday that the Nord Stream1 gas pipeline, which links Russia with northern Germany, and which was due to resume service on Saturday after a three-day interruption for maintenance, was finally closed. will close "completely" until a turbine is repaired, without specifying a deadline.

Moscow thus reacted to the decision taken yesterday by the G7 countries to agree to limit oil prices from Russia to avoid financing the war in Ukraine.

On this point, the controversy is still open. The German Siemens, which is the manufacturer of the allegedly damaged turbines of the gas pipeline, questions the version of the Russians.

"Siemens is participating in the repair work according to the current contract, it is detecting the malfunctions ... and it is ready to fix the oil leaks. Only there is nowhere to do the repair," Gazprom said. in a statement on his Telegram channel this Saturday.

However, Siemens Energy denies that it was commissioned to carry out the work, but that it was available, adding that the leak reported by Gazprom did not normally affect the operation of the turbine and could be sealed on site.

"Regardless of this, we have already pointed out on several occasions that there are enough additional turbines available at the Portovaya compression station for Nord Stream 1 to work," a company spokesman said.

After this crossover of versions, a full-fledged energy war seems to have been declared between Europe and Russia. European Commission President Ursula von der Leyen said Friday that "it is also time" to put a cap on the price of gas imported by pipeline from Russia, _in addition to what has been agreed to oil within the G7, supporting a measure advocated by Italian Prime Minister Mario Draghi.