The European Union (EU) and Morocco have agreed this Friday to strengthen joint work in border management and the reinforcement of police cooperation through joint investigations to deal with the mafias that traffic migrants. 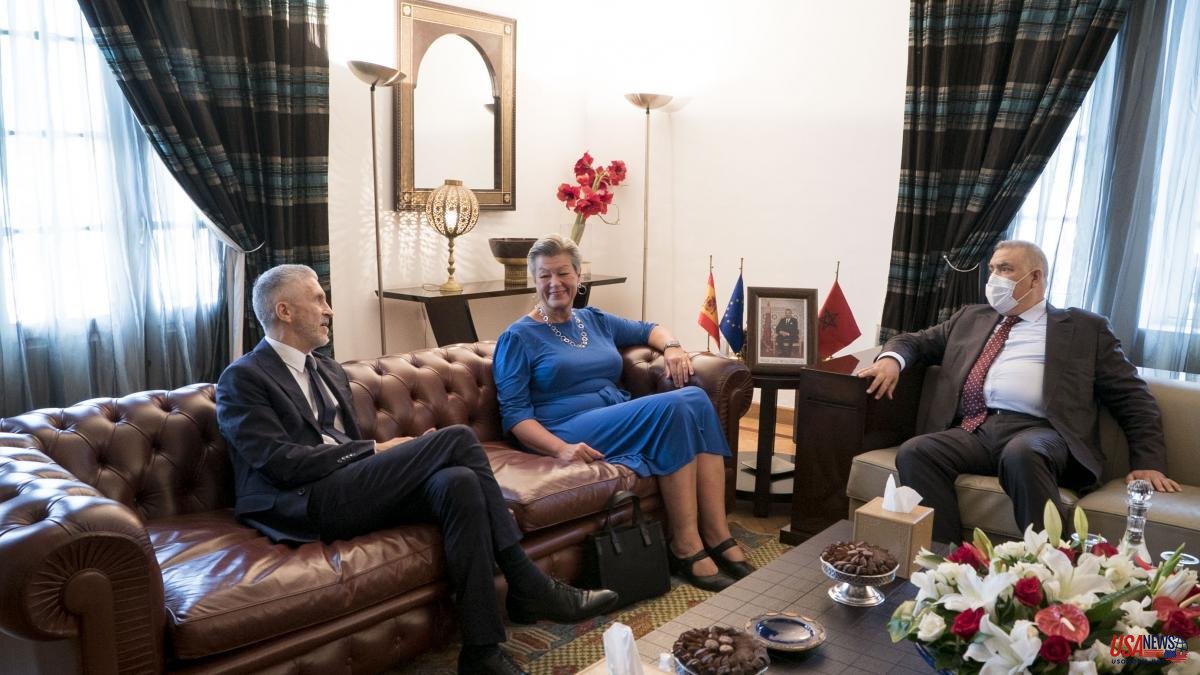 The European Union (EU) and Morocco have agreed this Friday to strengthen joint work in border management and the reinforcement of police cooperation through joint investigations to deal with the mafias that traffic migrants. It is a "new partnership" after the visit to Rabat by the European Union Commissioner for the Interior, Ylva Johansson, and the Minister for the Interior, Fernando Grande-Marlaska.

The meeting with the head of the Moroccan Interior, Abdelouafi Laftit, took place two weeks after the death of at least 23 Sub-Saharans on June 24 when they wanted to access Melilla. In a statement, the Spanish Ministry of the Interior regrets the "painful events" that occurred on the border perimeter, as well as the wounded, "including members of the Security Forces."

"These events, in addition to constituting a human tragedy, put to the test the traditional mechanisms for combating human trafficking and demonstrate the extreme danger of human trafficking networks and the risks they are willing to generate," the Ministry said. directed by Fernando Grande-Marlaska.

For his part, the Spanish minister stressed that both countries and the EU are working to "deal with illegal mafias and the use of violence against our borders." Asked if he fears more massive attempts on the fence and if Morocco should change its police protocols in the face of what happened last month, the minister stressed that the purpose of the meeting was "to prevent any other violent assault on the EU borders, which are the Spanish too, in Ceuta and Melilla".

In addition, Marlaska has highlighted the investigations that are being carried out to clarify the circumstances of what happened in Melilla. The State Attorney General's Office and the Ombudsman announced investigations, in line with what was claimed by the United Nations and several human rights NGOs.